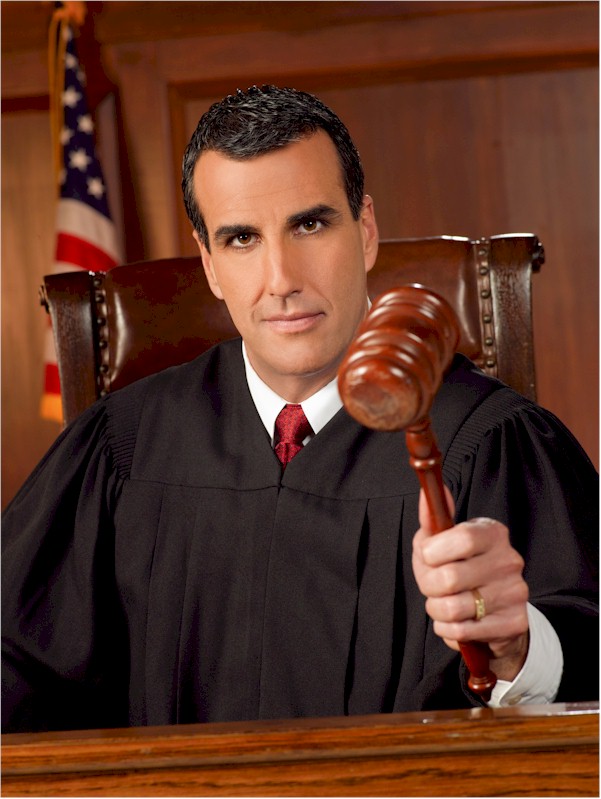 Television Personality, Lawyer, and Retired Judge who presided as the arbitrator on Judge Alex

Alex Ferrer’s family fled communist Cuba to the United States when he was just a baby. Starting a new life in America, his parents exchanged well-paying careers with an American company in Havana for minimum wage jobs in Miami in order to live in freedom. Watching his parents work several jobs a day to make…

Alex Ferrer’s family fled communist Cuba to the United States when he was just a baby. Starting a new life in America, his parents exchanged well-paying careers with an American company in Havana for minimum wage jobs in Miami in order to live in freedom. Watching his parents work several jobs a day to make ends meet, Alex was raised with a strong work ethic. It is that perspective and an appreciation for the opportunities America provides that make his success story a true “American Dream.”

Alex began working full time at the age of fifteen, pumping gas at a full-service station, performing oil changes and minor vehicle repairs. He worked six to seven days a week while attending high school during the day. By the time he was seventeen Alex was managing the gas station, closing it down at night on his own and taking the day’s receipts to the owner’s home.

When he was 18, Alex obtained his pilot’s license but quickly realized that, while flying was a great hobby, the thought of constantly leaving his family to travel across the country did not appeal to him as a career. Changing gears, he decided to pursue a career in law enforcement. After much resistance because of his young age, Alex finally succeeded in getting a police department to send him to the academy, where officers challenged him every day for being “too young.” Proving them wrong, Alex graduated with the highest award in the police academy, the “Most Outstanding Recruit,” becoming one of the youngest police officers in the State of Florida at the age of 19.

Honoring a promise to his parents to keep taking advantage of the educational opportunities America provided, Alex worked full-time as a cop while attending college and eventually law school full-time as well. In law school, this meant attending class daily from 8 to 4 and then donning a uniform and patrolling from 4:30 to 12:30. A late arrest would result in his not returning home until 2 or 3 in the morning but the next day’s class would still start at 8am. Despite this rigorous work schedule, Alex was able to become a published member of the University of Miami Law Review, an accomplishment that led to many career opportunities upon graduation.

As an attorney, Alex worked as a civil litigator at some of the better law firms in Miami. Despite being very successful in his new career, the personal gratification he had felt as a police officer was noticeably lacking. Anticipating that being a judge would renew the sense of satisfaction he had felt as an officer, Alex ran for a seat on the Circuit Court bench, the highest trial court in the state. Despite being the youngest candidate at 34, he beat out his two opponents, a sitting judge and an attorney 20 years his senior, by a landslide; becoming the youngest judge on Miami’s Circuit Court and the first Cuban-American lawyer ever elected to the Circuit Court bench.

During his years on the bench, Judge Ferrer tried some of Miami’s worst criminals. Serial killers, murderers, rapists, armed robbers and kidnappers all passed through his courtroom. Many trials were covered nationally and several have been the subject of books, documentaries and at least one upcoming movie. He taught and continues to teach judges annually at judicial conferences throughout Florida.

After 10 years on the bench, Judge Ferrer was being considered for a vacancy on Miami’s prestigious Third District Court of Appeals. Out of 60 well-respected judges and lawyers, he was the only applicant to have been unanimously recommended to Florida’s Governor by the Judicial Nominating Commission. Choosing instead to pursue a television opportunity, Judge Ferrer withdrew his name from the Governor’s consideration and began resolving disputes in 2005 on his nationally syndicated, televised courtroom show: “Judge Alex,” which has aired in 96% of the U.S for 9 seasons. In 2008 he was named the “Most Trustworthy Daytime Television Host,” beating out such household names as Oprah, Ellen, Regis and Dr. Phil, and was included in People Magazine’s Sexiest Man edition.

Alex’s story starts with him as the child of parents who gave up everything they had so that their family could live in freedom. Working hard through high school, college and law school, his accomplishments included several individual careers on his way to becoming a nationally recognized celebrity and well-respected legal analyst.

Whatever opportunities the future holds, there is no doubt that Alex’s story is truly the American Dream.

Judge Alex: How to Reach Your Dreams
Despite hosting the nationally syndicated court room show Judge Alex – which boasted the highest-rated launch in 2005 since Dr. Phil in 2002 – and being named “the most trustworthy daytime TV host” in 2008, Judge Alex Ferrer claims that he is no different from anyone else. “If a little Cuban boy who was just lucky enough to get to come to this great country can step up to the plate and hit the ball, you guys can hit home runs,” he says. In this inspirational keynote, speaker Alex Ferrer shares humorous anecdotes on his road to success as well as his secrets to getting there: education and perseverance. By believing that anything was possible and by never giving up, he reached his dreams – and you can too.

Judge Alex Ferrer was great; his talk was timely, informative, entertaining, and just what we needed to hear. He answered all questions with wonderful stories, examples from his wide experience and I would love to have him back again. He is a powerful speaker and even I, who specialize in Latino/a Studies, learned from it.