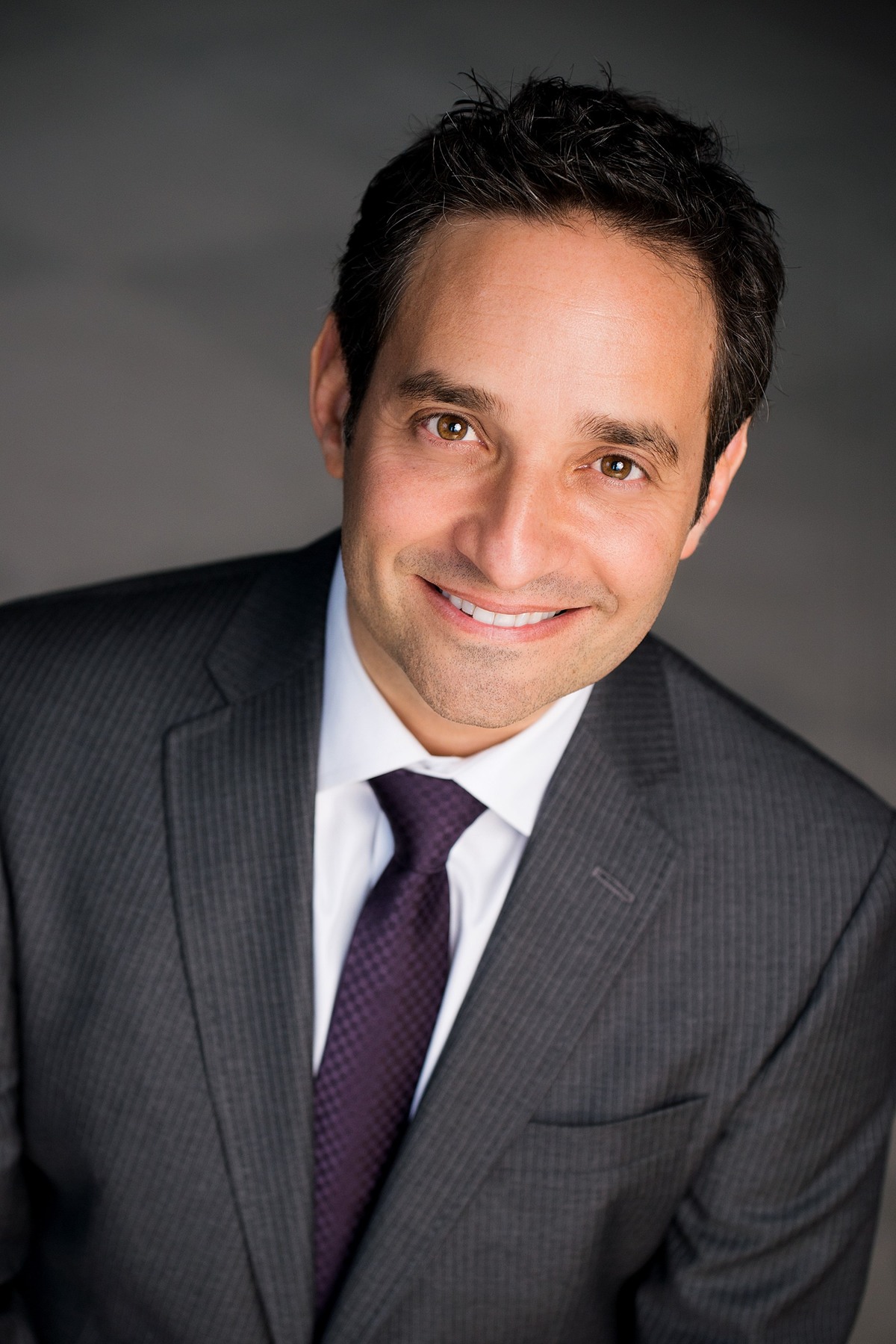 To Josh Linkner, creativity and innovation are the lifeblood of all human progress. As such, he’s spent his career harnessing the power of creative disruption. His journey has been non-traditional at every step. As the founder and CEO of four tech companies, Josh built his businesses from a blank page into a combined value of…

To Josh Linkner, creativity and innovation are the lifeblood of all human progress. As such, he’s spent his career harnessing the power of creative disruption.

His journey has been non-traditional at every step. As the founder and CEO of four tech companies, Josh built his businesses from a blank page into a combined value of over $200 million. As a hyper-growth CEO of over 20 years, he’s used innovative approaches to topple competitors, fight through adversity, and achieve at the highest levels.

In addition to his own startups, Josh has been involved with the launch, growth, or financing of over 100 other companies. He’s helped raise over $150 million of venture capital, and has mentored leaders and entrepreneurs through the struggles of explosive growth. He is the founding partner of Detroit Venture Partners, investing in tech startups as a platform to help rebuild his beloved hometown of Detroit, Michigan.

As the founder and CEO of ePrize, Josh built the largest digital promotions agency in the world, serving 74 of the top 100 brands. Working with many of the most progressive CMO’s in the world, he is a pioneer in digital marketing, winning dozens of awards for groundbreaking innovation at the intersection of technology and advertising.

Josh is an internationally-recognized thought leader and top-rated keynote speaker on innovation, creativity, reinvention, and hyper-growth leadership. His keynotes are focused on not only inspiring audiences, but also sharing actionable strategies to drive meaningful outcomes. Josh has written two New York Times bestselling books – “Disciplined Dreaming: A Proven System to Drive Breakthrough Creativity” and “The Road to Reinvention: How to Drive Disruption and Accelerate Transformation.”

Beginning his career as a professional jazz guitarist, Josh brings the same love for improvisation and creative expression to everything he does. He is a weekly contributor to Inc. Magazine, Forbes, and the Detroit Free Press. He has twice been named the Ernst & Young Entrepreneur of the Year and is a President Obama Champion of Change Award recipient.

Josh is on a mission to help people and organizations unleash creativity to maximize full potential. And yes, he still plays a mean jazz guitar.

Competitive advantage in the marketplace used to be defended with complex supply chains, high cost of entry, and technological advances. Now, your business can be supplanted overnight by someone with a broadband connection and an idea. How are you re-tooling your organization for creativity? In this interactive talk, Josh shows participants how to jump-start their creativity for business advantage. Attendees will learn specific techniques to protect themselves from the competition, create new products, and expand market share.

Building a culture that fosters creativity and innovation is mission critical in todays ultra-competitive environment. In this high-energy and interactive keynote, you will learn how to tap your peoples hidden brainpower. Help your team get unstuck by breaking free from myths and barriers to unleash their true creative potential. Learn to establish an ongoing system to nurture and harvest your teams best ideas.

Is Innovation the Cure for the Economic Downturn?

Most innovations fail because they are not truly innovative they make an existing product slightly smaller, faster, or less expensive. Real innovations turn industries and marketplaces upside down like the cell phone or the iPod. Can your company innovate its way to success even during difficult economic times? In this talk, Josh offers a road map for organizations to get to successful, game-changing innovations. Takeaways include how to trap the competition, how to increase your rate of innovation, and how to invent new products that cannot easily be copied in the marketplace.

Leadership in the Age of Creativity

Leaders today need to be able to understand the needs and dreams of a wildly diverse employee population, each with its own particular ways of working, deriving motivation from very different parts of the work experience. On top of that, the marketplace can shift at bewildering speed as a college kid in a dorm room can invent a new business that renders yours irrelevant in a matter of a few months. How do you guide an organization into such an uncertain future with such a varied crew? Joshs talk explores the new rules of the road and shows leaders how to build a culture that enables maximum creative potential.

The Music of Business

Jazz musicians and business leaders are increasingly sharing more common ground. Both require spontaneous creativity and improvisation. Both require careful synchronization in group dynamics, while responding on the fly to changing market conditions. Both are real-time art forms that require high-quality performances under the bright lights of an audience. Adapted from the principles of jazz legends to the business world, youll learn how to use a specific framework and set of rules to maximize create output. Using the metaphor of a jazz combo, Josh helps audiences improve their creativity, risk tolerance, and adaptability in this highly engaging and unique presentation.

As a five-time successful tech entrepreneur and investor in dozens of startups, Josh Linkner has seen thousands of companies loaded with creative buzz and big ideas. How is it that some harness their imagination to create game-changing drivers of growth and innovation while others miss the mark? The answer: the best companies have a systematic process to focus their team’s creativity into practical outputs – something Linkner discovered by founding and building companies that collectively sold for over $200 million. As a professional-level jazz guitarist, Linkner blends the improvisational qualities of a jazz ensemble with bleeding-edge business savvy to bring a completely fresh perspective on unleashing creativity in the organization. His inspiring presentation delivers practical tools that can be used immediately to increase creative output and deliver bottom-line results. You’ll learn to:

With disruptive forces assaulting business from every direction, creativity has been labeled the single-most important business attribute. To succeed, leaders must be focused on creating a resilient culture where everyone’s engaged; a torrent of fresh, creative ideas needs to flow from every level of the organization. Top leaders then employ a secret weapon: a systematic approach to selecting and launching the ideas that will best drive growth and innovation. Josh Linkner weighs in with a fresh perspective on this critical leadership challenge. A highly successful serial entrepreneur and now a tech investor, Linkner shows leaders how to employ his simple but effective framework to ramp up the creativity and identify/launch ideas that will break through and defy gravity. This presentation will help leaders:

Entrepreneurial Fire: Think and Act Like a Startup (Even if You’re Not)

Entrepreneurs look at the world differently. We celebrate them for their bold vision and courage – they drive game-changing innovation that creates enormous economic success while making a profound impact on the world. What is it about the entrepreneurial mindset that helps these mavericks seize opportunity that others miss? A five-time successful tech entrepreneur, Linkner shows leaders and organizations how to embrace the creativity, grit, and vision of a startup and then channel this approach to drive growth, innovation, efficiency, and customer delight. Josh Linkner decodes the entrepreneurial DNA to help leaders of any size company in any industry or profession:

With intense competitive pressures and mind-numbing speed, leaders seek fresh approaches for growth and innovation. As old methods become commoditized, new creative problem-solving techniques are needed more than ever. Drawing inspiration from the unlikely world of hackers, NY Times bestselling author and 5-time tech entrepreneur Josh Linkner has discovered a new and powerful model for leadership and organizational success. The underworld of cybercriminals contains some of the most creative people on the planet, despite their illicit motives. In this thrilling and provocative talk, Linkner takes the audience on a mind-opening journey, showing how hacking techniques can be deployed to drive legitimate business outcomes. Learning how hackers would solve your most pressing challenges using unorthodox approaches will give you a new framework for creative problem solving, growth, and innovation.

The Embrace of Failure: Josh Linkner and Paul Czarnik TEDxAlvaPark 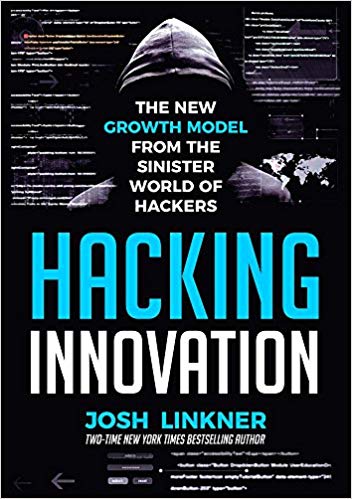 Hacking Innovation: The New Growth Model from the Sinister World of Hackers 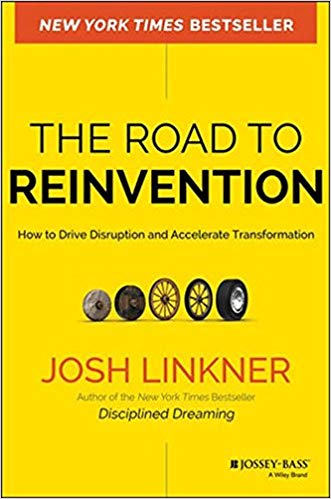 The Road to Reinvention: How to Drive Disruption and Accelerate Transformation 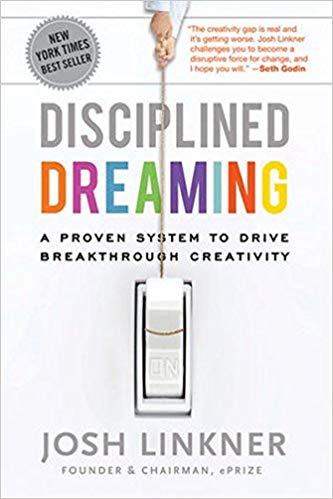 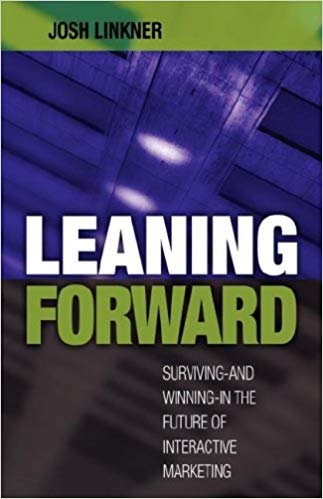 Leaning Forward: Surviving/Winning in the Future of Interactive Marketing