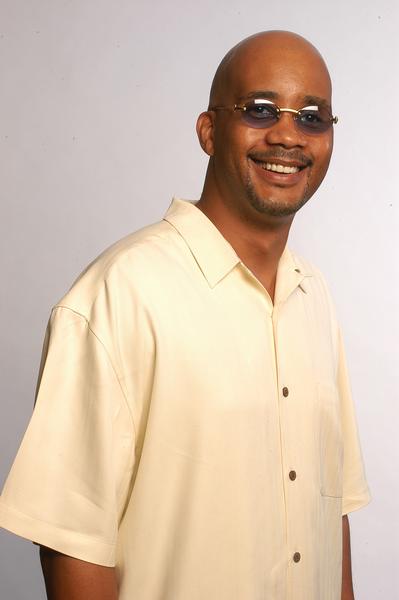 Actor, Writer and Producer. After nine successful years on network television, John Henton has established a name for himself as one of today's leading comic talents

After five years on the Fox hit television series “Living Single,” John Henton has earned a name for himself as one of today’s leading comic talents. Through the lovable and sensible character of “Overton Wakefield Jones,” Henton has found a loyal and endearing following.John Henton, Comedian and rest of cast of “Living Single” As seen…

After five years on the Fox hit television series “Living Single,” John Henton has earned a name for himself as one of today’s leading comic talents. Through the lovable and sensible character of “Overton Wakefield Jones,” Henton has found a loyal and endearing following.John Henton, Comedian and rest of cast of “Living Single”

As seen at an appearance on Comedy Central’s Premium Blend, Henton’s appeal goes beyond the character he played on television as he captivated the audience with his observational and topical humor. John Henton has returned to series television on the ABC comedy “The Hughleys.” Now with the character of Milsap, he continues his success into the new millennium.Born and raised in Cleveland, John never entertained the thought of a career in comedy. In 1982, while working during the day and studying computer science at night, he was urged by a co-worker to try his jokes at a local comedy club’s amateur night. By his second night, he won the amateur night contest and began stand-up part time. John made the move to Los Angeles in 1985 and by 1988 started his stand-up career full time.John Henton After taking his comedy on the road for a year and winning the 1991 Johnny Walker National Comedy Search, he was spotted by “The Tonight Show with Johnny Carson” comedy executive, the late Jim McCawley, who booked him for a performance on the show.As he finished his set, John looked to Carson for his approval and received much more. He was called over to take a seat on the coveted couch where Carson asked him if he had an agent.

To John’s reply of “no,” Carson mugged, “Well you will after tonight.” It was a performance that John says gave his career a “serious jump-start.”Since then John Henton has made appearances on “The Arsenio Hall Show” and “Bob Hope’s Young Comedian’s Special” as well as returning to “The Tonight Show with Jay Leno.” In January 1993, he starred in his own half-hour comedy special for Showtime, “John Henton: Comedy With An Attitude.In April of 1993, he was cast in the FOX-TV series “Living Single” starring Queen Latifah and Kim Fields Freeman. The show received stellar ratings and TV Guide selected Henton’s character as one of the “break out” characters of the 1993 fall season. When the show came to an end after five years, John was proud and pleased with the work he had done on the show.Even though he is now headlines his own concerts in venues around the country, John has opened for such big names as Little Richard, Paul Rodriguez, The GAP Band, The Pointer Sisters, Kool & The Gang, Kenny Loggins, Kenny G, etc.

An Evening With John Henton