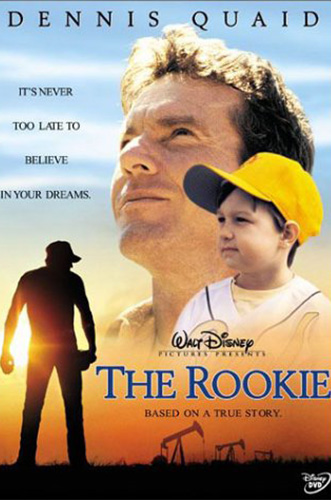 Athlete, Author, Teacher and The Inspiration for the Movie “The Rookie”, Jim Morris travels the world as America's foremost inspirational and motivational speaker

The Cinderella story of Jim Morris serves as testimony to the power of dreams and their ability to inspire and transform human life. Jim Morris’s meteoric rise from 35 year-old high school teacher to flame-throwing major league pitcher in 3 months, made cinematic history with the release of The Rookie starring Dennis Quaid. This heartwarming…

The Cinderella story of Jim Morris serves as testimony to the power of dreams and their ability to inspire and transform human life. Jim Morris’s meteoric rise from 35 year-old high school teacher to flame-throwing major league pitcher in 3 months, made cinematic history with the release of The Rookie starring Dennis Quaid.

This heartwarming and unforgettable Disney blockbuster about chasing your dreams and keeping your promises, was nominated for a Critics Choice Award, won an ESPY for “Sports Film of the Year.” and Sports Illustrated magazine voted The Rookie one of the “five greatest baseball films ever made.”

Originally drafted in the 1st round in 1984, Jim Morris’s dream was to become a major league baseball player, but his career was derailed by a series of debilitating arm injuries before he got out of the minors in 1988. Instead, Jim got married, raised a family and got his college degree before becoming a high school science teacher and baseball coach in West Texas.

Jim Morris’s team fulfilled their end of the bargain, which committed him to a big league tryout. Inspired by his family and students, Jim immediately signed a professional baseball contract. His rise from obscurity became the feel-good story of 1999. After pitching for the Tampa Bay Devil Rays in 2000, Jim Morris signed with the Los Angeles Dodgers and retired from baseball in 2001.
More About Jim Morris. . .

Today, Jim Morris lives with his family near San Antonio and travels the world as America’s foremost inspirational and motivational speaker. His story has become an inspiration to anyone interested in living their dreams.

Jim-Morris-Motivational-SpeakerA school teacher by trade, Jim Morris is a loveable storyteller who captivates and inspires others to step up and change their lives. Jim is particularly good at weaving the needs of his customers into his presentation. He receives standing ovations wherever he goes. Jim Morris has participated in such prestigious speaking events as The Million Dollar Round Table, numerous speaker showcases, and is the author of The Rookie.

Despite his success as a speaker, Jim Morris has remained genuine and developed a reputation among audiences as being a regular, approachable guy who hangs out with his audience. If you’re looking for someone who will connect with your group, Jim Morris is your guy.

The Rookie
Jim Morris’s Cinderella story serves as testimony to the power of dreams and their ability to inspire and transform human life. Jim’s meteoric rise from 35 year old high school teacher to flame throwing major league pitcher in 3 months made cinematic history with the release of the Disney movie “The Rookie”. Hearing Jim tell his story about chasing your dreams and keeping your promises is more entertaining than the legendary film about his life. Jim draws lessons from his own life experiences to inspire others to become mentors and leaders in their own lives and to chase their dreams.

Remembering Who You Are
This topic teaches audiences about the importance of integrity. Remembering who you are in all circumstances, when people are watching and when they are not. Jim tells personal stories about keeping promises, always doing what you say or promise, and what you do when no one is watching

Finding a Mentor and Becoming a Leader
Jim focuses on being the mentor for someone that you would want for yourself. While being that dream maker for another, and by surrounding yourself with the best people to bring out the best in you, you give yourself and others the best chance for success. Jim tells his own

Dream Makers
Jim speaks about chasing dreams, and being your best by surrounding yourself with the best mentors. He includes his life story and the dream makers who helped shaped his life. He incorporates client’s needs into his talks as requested, is entertaining with humor about himself and shows a 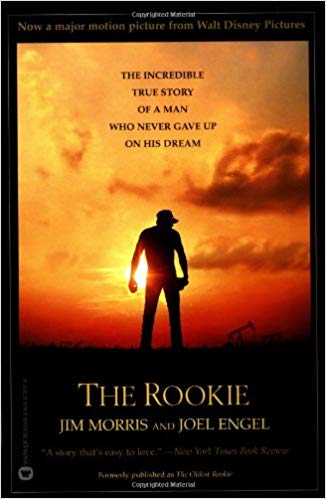 The Rookie: The Incredible True Story of a Man Who Never Gave Up on His Dream

Jim – thank you again for such an incredible job last night. Can’t tell you how many people approached us afterwards with praise for you & your message. Please keep doing what you’re doing.”

Jim – thank you again for such an incredible job last night. Can’t tell you how many people approached us afterwards with praise for you & your message. Please keep doing what you’re doing.”

Jim was a funny, personable and motivating speaker! He came in for our Men’s Conference and we heard from many that he was their favorite speaker at this event! He was extremely engaging and he connected with the audience so well. We were impressed with his presentation and would be honored to have him come back as our guest any time!

Thank you so much for all of your assistance and support. We thoroughly enjoyed having Jim speak at our event on September 25th. He did an amazing job and we have heard nothing but positive feedback from our guests!

Last night’s event was great! Jim did an amazing job. I stood on the side of the room and watched the audience. Everyone was engaged and listening to every word he said. I had several donors tell me he was their favorite speaker we have ever had. After the event ended Jim spent about 30 minutes signing autographs. He made a lot of kid’s nights. They were very excited. It was very sweet of him to take the time to sign autographs for everyone that wanted one. We really appreciate Jim’s time visiting the Clubs. The kids loved him.

Everyone loved hearing his story, and enjoyed getting to know him. He received a standing ovation!

OH MY GOSH!!!! He was wonderful. Everyone was extremely pleased, saying he was the best speaker we have ever had at our Winter Operations Meeting.

Florida FBLA-PBL has never had someone speak to a group of middle and high school students and keep their attention as Jim did at our State Leadership Conference in Orlando.