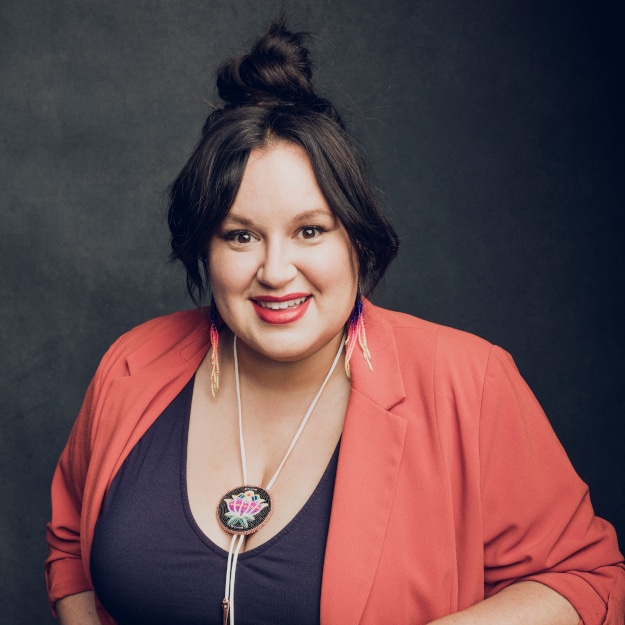 Jana Schmieding is known for her breakout role as “Reagan,” opposite Ed Helms on Peacock’s groundbreaking comedy series, RUTHERFORD FALLS.

Jana Schmieding is known for her breakout role as “Reagan,” opposite Ed Helms on Peacock’s groundbreaking comedy series, RUTHERFORD FALLS. The Lakota Native comedian, writer, and fat-positive content creator is also a writer on the series. She has been featured in various publications including, New York Magazine’s Vulture, NPR, Paste, Bustle, Bon Appétit and Vanity Fair, where she describes her trajectory from struggling artist to her co-lead role on the series. Jana performed improv, sketch and solo comedy in New York City for ten years before moving to Los Angeles. She directed over 30 sketch and solo shows and collaborated in several different indie writers rooms. Jana is a vocal advocate of Indigenous visibility and social justice, and she discusses these issues regularly in her comedy and writing.

An Evening With Jana Schmieding

center the most vulnerable people