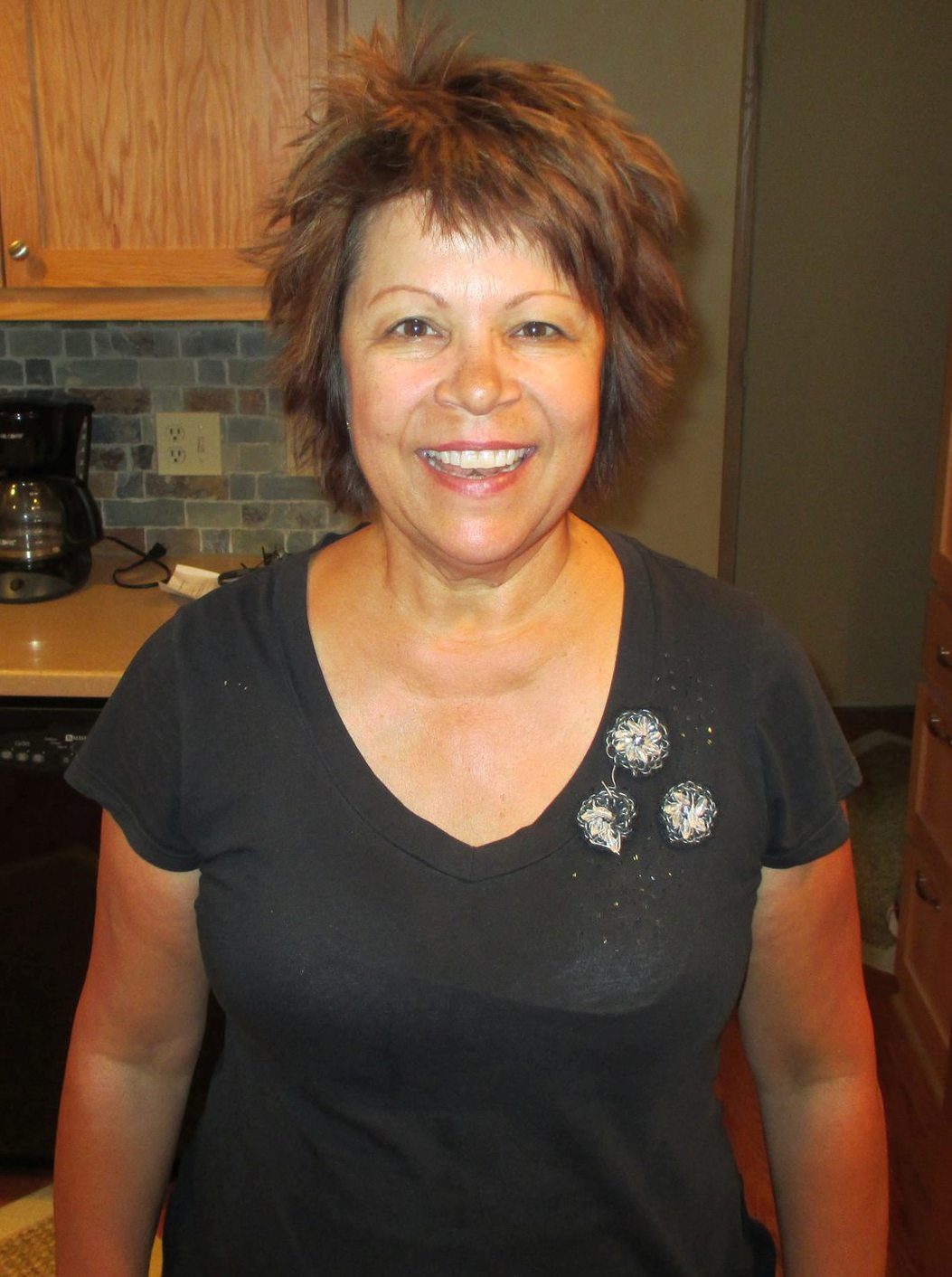 When elementary education major Jackie Ann Nink from Pasadena took a course entitled Abnormal Psychology in the fall of 1976, she had no idea that nine years later she would meet tragedy, and three of the most abnormal people on earth. She got her bachelor of arts in teaching from Sam Houston State University in…

When elementary education major Jackie Ann Nink from Pasadena took a course entitled Abnormal Psychology in the fall of 1976, she had no idea that nine years later she would meet tragedy, and three of the most abnormal people on earth.

She got her bachelor of arts in teaching from Sam Houston State University in 1977, taught regular and special education for seven years in Baytown, and decided to let her expertise take her to faraway places, including Norway and Egypt.

In 1985 she was teaching at the Cairo American School and returning to Cairo by plane after a Thanksgiving weekend trip to Greece. Ten minutes into the flight, three Abu Nidal terrorists hijacked the plane, setting off a gun battle that de-pressurized the cabin and forced it to land in Malta.

As part of their demand for fuel, the hijackers began shooting passengers. She was fourth in line. She was shot at point blank range, execution style, thrown from the plane and left for dead.

That in itself may have been a blessing.

After hours of negotiations, Egyptian commandos stormed the plane by using an explosive device that killed many on board. The hijackers detonated several hand grenades inside the cabin. As a result of the gunfire and explosions, 61 passengers and crew members died.

After five hours on the tarmac, drifting in and out of consciousness, she was taken to a Malta hospital where a surgeon was able to save her life.

Jackie Nink Pflug tried to teach school again after that and found out that she could not. She developed epilepsy as a result of her head wound, and in 2003 recovered from cancer. The perspective she will offer as this spring’s President Speaker Series guest is basically, “compared to what I’ve been through, most troubles are small.”

Her presentation is entitled “The Courage to Succeed.” Her book, Miles to Go Before I Sleep, is said to influence people’s attitudes, values and behaviors “long after the last page has been read.” She will speak at 11 a.m. Wednesday March 21 in the Beto Criminal Justice Center Killinger Auditorium.

Pflug said recently that the training she received at SHSU not only prepared her to teach but has helped her cope with the adversity she has faced.

“I had such a great experience there,” she said. “I had great teachers, I felt safe, I grew up a lot.”

Jackie Pflug now lives in Eden Prairie, Minn., with her husband and 9-year-old son. She has visited with Ronald Reagan in the Oval Office, been on the Oprah show twice, and travels throughout the United States telling her story and giving inspiration.

“Today she speaks and shares a message of hope, like few others do,” according to her publicist. “Her presentation boosts morale and inspires people to do and be their best on a daily basis. Her message is universal, touches hearts, and engages minds of all ages and backgrounds. People walk away with a renewed sense of spirit, purpose, and will-do.”

Your audience will:
•  Be inspired to take action
•  Feel better about themselves and others
•  Have a renewed sense of hope
•  Be more courageous
•  Leave with a strong sense of renewal as they face their day-to-day challenges
•  Courage to Succeed

Jackie Pflug survived being shot in the back of the head in 1985 by hijackers. She calls her twelve year struggle with brain injury, learning disability, PTSD, depression, divorce, epilepsy, and visual impairment a “grateful journey.” 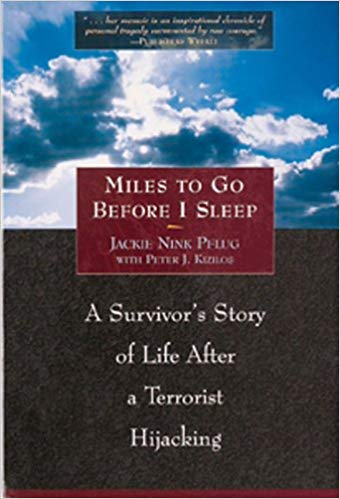 Miles To Go Before I Sleep: A Survivor's Story of Life After a Terrorist Hijacking 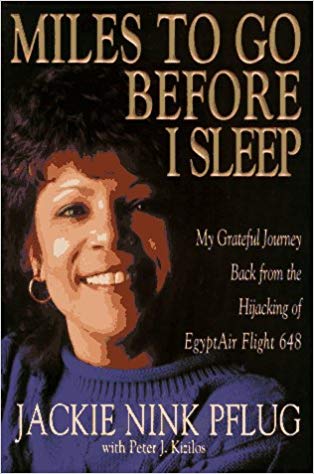 Miles to Go Before I Sleep: My Grateful Journey Back from the Hijacking of Egyptair Flight 648