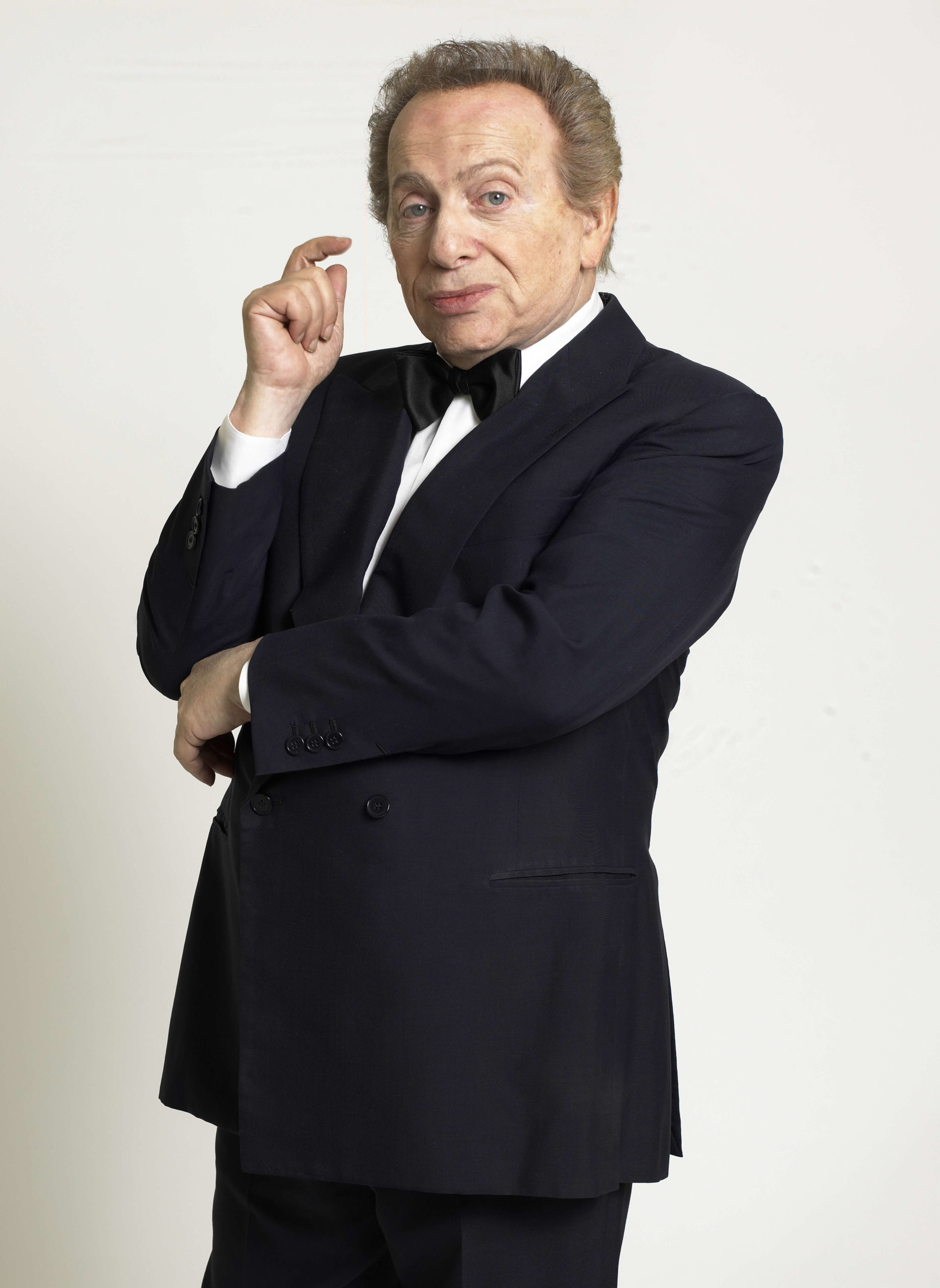 Stand-Up Comedian and Film and Television Actor. He is ranked #63 on Comedy Central's 100 greatest stand-up comedians of all-time

Jackie Mason is once in a generation, a performer emerges who is so extraordinary, so brilliant, that he or she become the standard to whom all others are compared. Jackie Mason is such a performer, and is widely regarded as one of the greatest stand-up comics of all time. Now more popular than ever, Mason…

Jackie Mason is once in a generation, a performer emerges who is so extraordinary, so brilliant, that he or she become the standard to whom all others are compared. Jackie Mason is such a performer, and is widely regarded as one of the greatest stand-up comics of all time. Now more popular than ever, Mason combines pungent political satire, insightful observations on the foibles of modern life and impeccable timing to create material that leaves audiences laughing until they cry and critics raving show after show.

Born in Sheboygan, Wisconsin, Jackie Mason was raised on the Lower East Side of Manhattan surrounded by rabbis. His father, grandfather, great grandfather, and great, great-grandfather were all rabbis, as are his three brothers. No surprise that at age 25, Jackie Mason was ordained a rabbi. Three years later, he quit his job in a synagogue to become a comedian because, as he says, “Somebody in the family had to make a living.” From humble comic beginnings in New York, the Borscht Belt, and comedy clubs around the country, Jackie Mason rose to be one the hottest comics in America in the early 1960’s. He reached the apex of American entertainment culture when he became a regular performer on the nation’s preeminent television variety program, “The Ed Sullivan Show,” only to fall into Sullivan’s disfavor over the interpretation of a now legendary hand gesture during a live performance in 1962, an incident which cast a shadow over Mason’s career for more than a decade.

Mr. Mason first emerged from that shadow in Los Angeles, where his one-man show, “The World According to Me” originated in 1984 to wide acclaim. Yet the great triumph was his return to New York and his extraordinary success as a one-man show on the Great White Way. “The World According to Me” began its unprecedented two and a half year run on Broadway began in December 1986 winning triumphant reviews and reestablishing Mason as one of the nation’s premier comics.

The show earned Jackie Mason a Tony Award, an Outer Critics Circle Award, an Ace Award, an Emmy Award, and a Grammy nomination, and it toured successfully in America and Europe for two years. Mason returned to Broadway in 1990 with “Jackie Mason: Brand New”; in 1994 with “Jackie Mason: Politically Incorrect”; in 1996 with “Love Thy Neighbor”; in 1999 with “Much Ado about Everything”; in 2002 with “Prune Danish”; in 2005 with “Freshly Squeezed”; and in 2008 with “The Ultimate Jew.”

He garnered consistent commercial success and collected an impressive array of nominations and awards including an Emmy and an Ace award for the HBO special, “Jackie Mason on Broadway.” His last show “Fearless” played for sell out crowds at the Wyndhams’s Theatre in London’s West End. His latest show “Ready To Rumble” has been touring the US the last two years before returning for a run in London. Over the years, Jackie Mason has appeared in a variety of films and television shows, most notably “Caddyshack II” which won him a new, younger, hipper urban following and the TV sitcom, “Chicken Soup”, which taught him that he’s only happy when he’s performing his own material. Recently, Jackie started a new phase of his career, producing feature films with his manager and wife Jyll, and also starring in them. “One Angry Man,” his first, ran in theaters across the US and Canada in 2009, and “Goldberg-P.I.” released in 2011. Long passionate about politics, Jackie Mason is well known for his tough and outspoken position on a variety of issues.

In 2005 Jackie hosted a national live call in show on the Comcast network airing every Friday night from 8- 8:30pm EST. The show Received 3 Telly Awards and was nominated for an Emmy. Mason also hosted a nationally syndicated radio talk show and with his friend and collaborator, Raoul Lionel Felder, he hosted both the weekly PBS talk television series “Crossing The Line” and the BBC radio show “The Mason-Felder Report.” Jackie hosted a nationally syndicated radio show on The Talk Radio Network from 2006 to 2008. The show covered politics, news and current affairs. Jackie interviewed some of the most informative and influential people in the world of news and politics. Mason and Felder also write together. In 1997, Avon Books released The Jackie Mason, Raoul Felder Survival Guide to New York.

This followed Dove Books Jackie Mason and Raoul Felder’s Guide to New York and Los Angeles Restaurants in 1996. Their most recent book Schmucks!: Our Favorite Fakes, Frauds, Lowlifes, Liars, the Armed and Dangerous, and Good Guys Gone Bad (Harper Collins 2007) Jackie Mason also writes for the Jewish Press and a bimonthly column with Raoul Felder in the Internet edition of, The American Spectator. They also write a political column for The Washington Times, www.jewishworldreview.com and World Net Daily. Well known and beloved around the world, Jackie Mason has been honored by many including South African President Nelson Mandela, the United Kingdom’s Oxford University, and scores of other organizations. With eight Royal Command Performances for Queen Elizabeth II, Jackie has had the honor more than any other American entertainer, and is the only American to host the show.

In 1991, during the first Persian Gulf crisis, Jackie closed his show on Broadway and traveled to Israel in a show of solidarity that was later honored by Israeli Prime Minister Benjamin Netanyahu. Jackie Mason calls New York home, but he lives on the road entertaining his many loyal long-time fans and the legions of new fans he earns each year.

An Evening With Jackie Mason 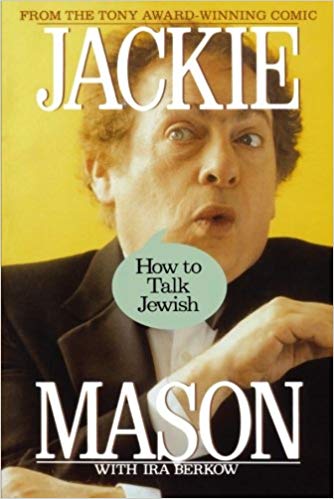 How to Talk Jewish 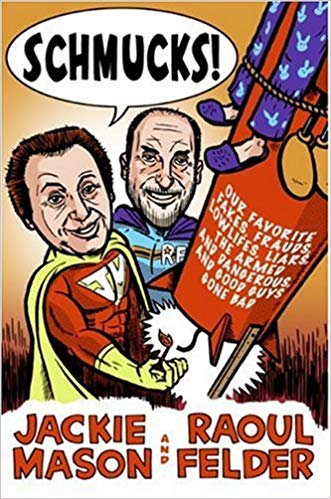