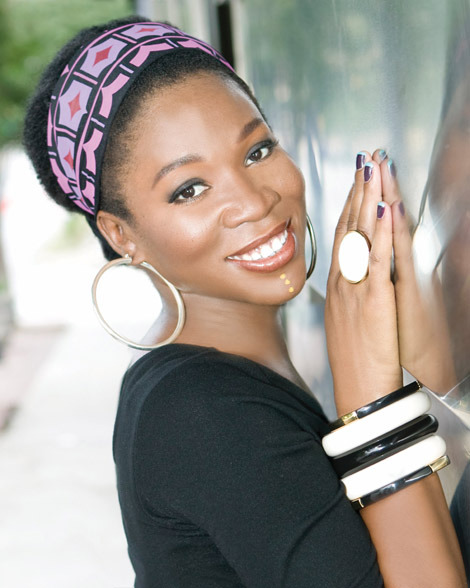 India.Arie is known and cherished by fans and fellow musicians as a poet, a songwriter, a producer, a musician, a singer, an advocate, a friend and a philanthropist — but she is possibly best known for the love in her music that has inspired and motivated people worldwide. With over ten million albums sold, her…

India.Arie is known and cherished by fans and fellow musicians as a poet, a songwriter, a producer, a musician, a singer, an advocate, a friend and a philanthropist — but she is possibly best known for the love in her music that has inspired and motivated people worldwide. With over ten million albums sold, her latest album SongVersation charted on the Billboard Top 200 and Billboard R&B Chart.

Her previous studio album Testimony Vol. 2; Love & Politics was praised by both The New York Times, “one of the most determinedly virtuous songwriters in R&B or pop, India.Arie strives to make faith, goodness and positive thinking seductive,” and Oprah Winfrey “for her steadfast refusal to succumb to female stereotypes that have plagued other female artists,”

India.Arie has worked steadily throughout her career to champion causes close to her heart. She has traveled to Africa numerous times to address the AIDS crisis while her songs have been used in various campaigns including “I Am Not My Hair” in Lifetime’s “Stop Breast Cancer for Life” campaign, “What About the Child” in conjunction with UNICEF events, among others.

Since the release of her first album Acoustic Soul in 2001, she has 21 received Grammy nominations and won 4 Grammy Awards, 4 NAACP Image Awards, alongside various awards from BET, Billboard, MTV, VH1, Vogue and Essence. In 2009 she received the D.C. Branch NAACP Centennial Award, was featured in the 2010 Image Award nominated documentary Leading Women, and had the privilege of meeting with the Dalai Lama prior to performing at an event for the National Civil Rights Museum in Memphis, TN. In September 2010 she was inducted into the Georgia Music Hall of Fame.

India.Arie recently started two companies, Soulbird World Wide and www.soulbirdmusic.com, and has begun a new journey towards molding her life long passion of music and words into a career she truly loves. The award-winning artist has become a new woman and continues to follow her heart. She recently performed at the Apollo Theatre for President Obama where he declared, “One of my favorites India.Arie…I love India.” She was featured on BET Honors where she presented Stevie Wonder with a Lifetime Achievement Musical Arts Award. India.Arie is the cover story of Yoga Journal’s September 2012 issue and was featured on the 2012 Black Girls Rock TV Show.

Elevated to Fly: My Story