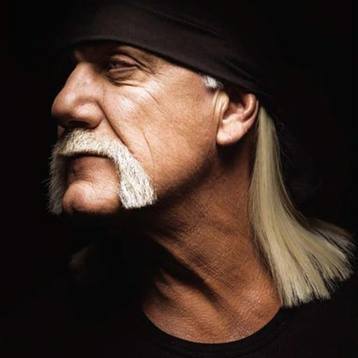 Born Terry Gene Bollea, Hogan began bodybuilding at the age of 14. After studying business administration and music, Terry worked as a part time bouncer, and full-time bank clerk. According to pro-wrestling legend, Hogan met wrestler Jack Brisco while working as a bouncer. Brisco immediately saw his potential, and arranged for him to be trained…

According to pro-wrestling legend, Hogan met wrestler Jack Brisco while working as a bouncer. Brisco immediately saw his potential, and arranged for him to be trained by the famous Hiro Matsuda.

Hulk Hogan debuted as an amateur in 1978, and six years later he won his first WWF title. He defeated Iron Sheik at Madison Square Garden to capture the crown. Months earlier he had won his first major title in Japan. He developed a hero image, particularly popular with children.

He was highly influential in making wrestling appeal to a mainstream audience. His fight against Roddy Piper in 1985 became a prelude to the extremely popular ‘Wrestlemania’ TV series.

Hulk Hogan was the star of the early ‘Wrestlemania’. In its second year, he routed King Kong Bundy, in a match fought in a cage. A year later, he beat top wrestler Andre the Giant. However, he was defeated in 1990 by the Ultimate Warrior, and decided to concentrate on things other than wrestling.

For the next five years, he threw himself into making movies such as “Gremlins II,” “Suburban Commando,” “Mr Nanny” and the “Thunder in Paradise” series and also appearing on TV. He came to be known as Hollywood Hogan and a cartoon series was also produced, in which he was the star.

He returned to wrestling in 1994 and in that same year he became the WCW World Heavyweight Champion. But two years later, he went too far, seriously injuring wrestler Randy Savage. Even Hogan’s supporters were disgusted with his behavior.

By 2000, however, he had regained his hero status, and shortly afterwards he announced his retirement. Despite the announcement of his retirement, it didn’t last long as he underwent knee surgery in 2001 so that he could wrestle again. His first test match against Curt Hennig went well as Hogan won so he signed a contract to return to the WWF in February 2002.

He returned at ‘No Way Out’ in 2002 at which a rivalry with the Rock was established but sorted out by the end of the bout. Hogan became the last-ever WWF champion before the company had to change its name. He beat Triple H in April 2002 to win the title, which he later lost to The Undertaker. Despite making a triumphant return, Hogan’s contract with WWE was terminated in 2003.

Since then he has wrestled for the likes of Total Nonstop Action (TNA) between 2003 and 2005 before returning once again to WWE until 2007. Hogan had a contract with Memphis Wrestling in 2007 before returning to TNA in 2009-10.

For the last two years, Hogan has been with Immortal Wrestling but was written out in July 2012 to undergo back surgery.

During his career, he won seven World Titles. He has appeared in a number of comedy, action and martial arts movies, including 1996 films ‘Spy Hard’ and ‘Santa with Muscles’. Other movies that capitalised on his hard man persona include 1997’s ‘The Ultimate Weapon’ and ‘Assault on Devil’s Island’, as well as ‘3 Ninjas: High Noon at Mega Mountain’ (1998) and 2001’s ‘Walker, Texas Ranger’.

Despite his macho image, he has also worked hard for charity, supporting the American Diabetes Association alongside the likes of Laila Ali, the daughter of boxer Muhammad Ali, and the Jonas Brothers. Hogan has also dabbled in marketing through endorsement of the Hulk Hogan Thunder Mixer and once opened a restaurant, which did not succeed. In 2005, he was inducted into the World Wrestling Entertainment (WWE) Hall of Fame.

An Evening With Hulk Hogan