Hill Harper is an award-winning actor, best-selling author, and philanthropist. Harper starred on the CBS TV drama CSI: NY from 2004 to 2013. As of March 2013, he joined the USA Network spy drama Covert Affairs. Harper is the author of four New York Times bestsellers and he has earned seven NAACP Image Awards for…

Hill Harper is an award-winning actor, best-selling author, and philanthropist. Harper starred on the CBS TV drama CSI: NY from 2004 to 2013. As of March 2013, he joined the USA Network spy drama Covert Affairs.

Harper is the author of four New York Times bestsellers and he has earned seven NAACP Image Awards for his writing and acting. He is founder of the Manifest Your Destiny Foundation, dedicated to empowering underserved youth through mentorship, scholarship, and grant programs.

Harper travels frequently as a motivational speaker, addressing a wide range of audiences, including youth, adults, couples, and business leaders. And if all that wasn’t enough, this year People Magazine named him one of their Sexiest Men Alive.

Manifest Your Destiny
Hill Harper, the author of Letters to a Young Brother and Letters to a Young Sister, shares the tenets of his acclaimed series of empowering books. Giving practical guidance to young African Americans, he shares his personal story, and in particular, why education is the ultimate stepping stone to success.

The Conversation
Contemporary relationships are often rife with conflict, and hard to define. Harper explores the nature and evolution of love and sex across the generations, explaining the keys to communication and how to bridge the gap between males and females.

Building a Foundation for Your Life

Motivating Youth to Be Architects of Their Lives

The Importance of Education

Being an Architect of One’s Life 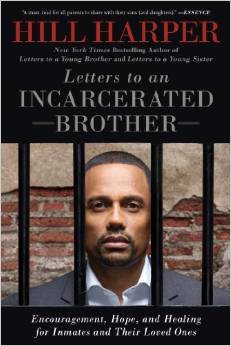 Letters to an Incarcerated Brother: Encouragement, Hope, and Healing for Inmates and Their Loved Ones 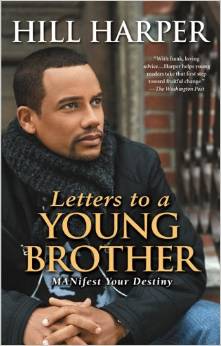 Letters to a Young Brother: Manifest Your Destiny 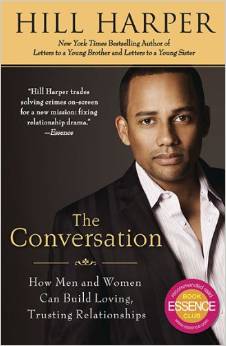 The Conversation: How Men and Women Can Build Loving, Trusting Relationships 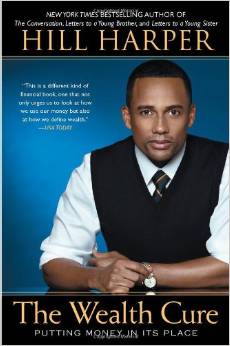 The Wealth Cure: Putting Money in Its Place

Folks are still gushing over Mr. Harper’s commencement speech. He was engaging and immediately connected to our graduates as well as members of the audience. in over 40 commencement ceremonies in which they have participated, Mr. Harper’s speech ranked in their top five.

It was amazing. Hill did a phenomenal job. The students loved him and were moved by his message.

You are fantastic! You gave me permission to “double my dream.” You are a gentleman and a scholar. Your kindness and courtesy to our “almost” stampeding audience is truly appreciated.

Hill Harper was awesome! People sat at the edge of their seats unable to move. He made each person feel as if he was speaking directly to them. By all feedback, regardless of age, everyone received a golden nugget for their lives or situation. His message was life changing!

A great partner and role model for a new generation!

Mr. Harper not only captured our vision of how we can have a greater impact in communities, but educated and inspired all of us.

Hill Harper left a lasting impression with all of us. Thank you Peter Walker for all your help!, Taylor Reeves, President of the African American Student Alliance