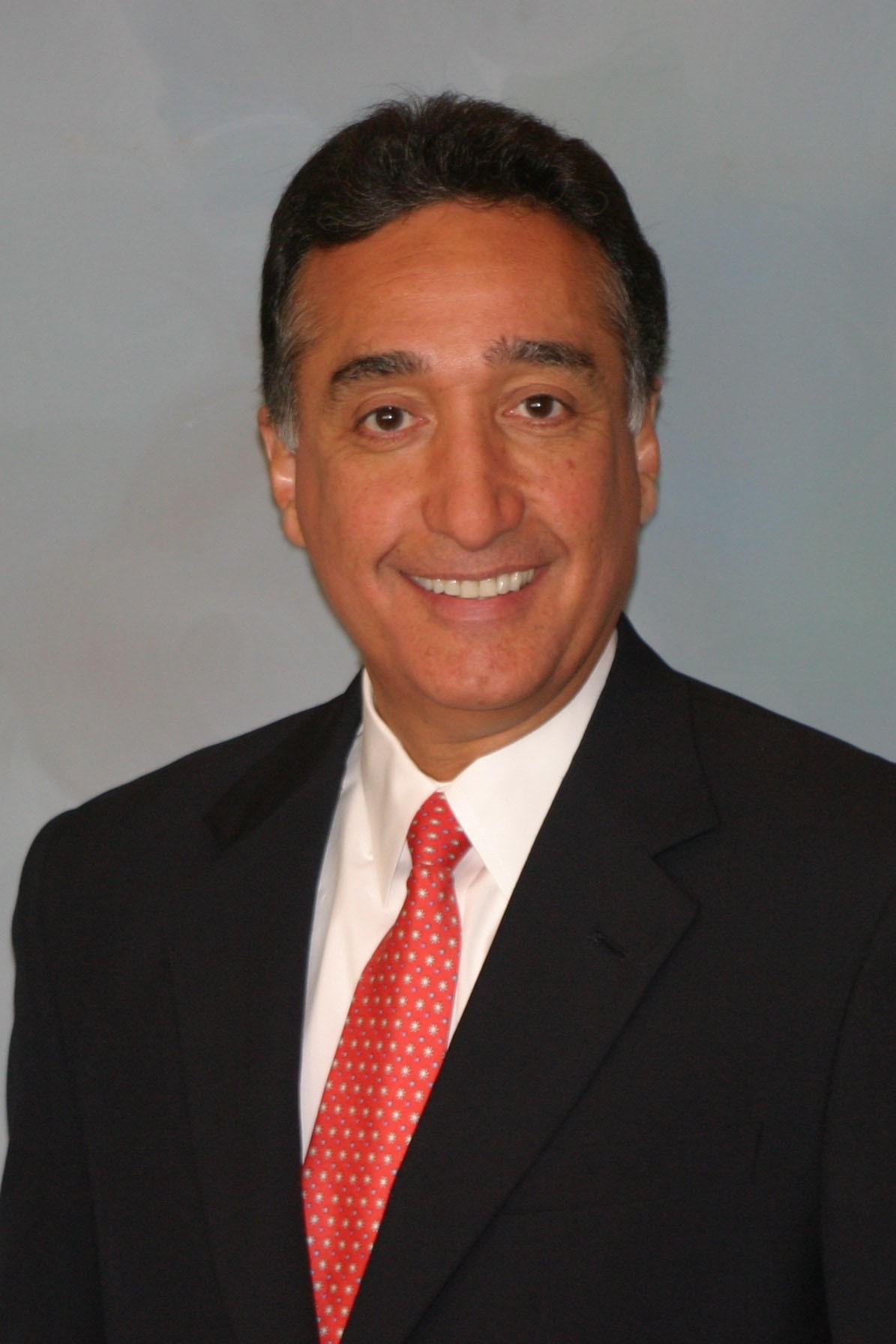 Co-chair of the Bipartisan Center’s Immigration Task Force, former HUD secretary, and housing innovator Henry Cisneros is a testament to American leadership, diversity, and community building. His vision of a strong, resilient society starts with fair housing and stretches beyond race and class. One of the first Hispanic Americans to run a major city, Cisneros…

Co-chair of the Bipartisan Center’s Immigration Task Force, former HUD secretary, and housing innovator Henry Cisneros is a testament to American leadership, diversity, and community building. His vision of a strong, resilient society starts with fair housing and stretches beyond race and class.

One of the first Hispanic Americans to run a major city, Cisneros came to national prominence when he was elected Mayor of San Antonio in 1981. During his four terms, Cisneros rebuilt the city’s economy by increasing tourism, attracting high-technology firms, and creating tens of thousands of jobs. The American Mayor named him one of the nation’s 15 best mayors of the 19th and 20th centuries.

On the BPC’s Immigration Task Force, along with co-chairs former Secretary of State Condoleezza Rice and former Governors Haley Barbour and Ed Rendell, Cisneros considers all aspects of immigration reform and encourages dialogue among interest groups and decision makers.

In 1992, President Bill Clinton appointed Cisneros as Secretary of the Department of Housing and Urban Development. Cisneros initiated the revitalization of many of the nation’s public housing developments, renovating 250 of the worst public housing units and demolishing another 43,000 vacant ones for reconstruction.

The recipient of the Penn IUR Urban Leadership Award and the Habitat for Humanity Visionary Award, Cisneros has been inducted into the National Association of Homebuilders’ “Builders Hall of Fame.”

Cisneros’ books include Interwoven Destinies; Our Communities, Our Homes; Latinos and the Nation’s Future; and 2012’s Independent for Life. He co-wrote Opportunity and Progress with former HUD Secretary Jack Kemp.

The former President and COO of Spanish-language channel Univision, Cisneros serves on the advisory boards of the Bill and Melinda Gates Foundation, the Broad Foundation, the National Hispanic University, and is the co-founder of the Latino Donor Collaborative. He has a PhD in Public Administration from The George Washington University and served as the President of the National League of cities. He has appeared on Fox, The Charlie Rose Show, and CNBC.

• American Latinos and the Nation’s Future

• Immigrants:
An Essential Ingredient for A Strong America

• Smart Growth:
Developing the Economy, Infrastructure, and a Sustainable Future

• Facing Up to Cancer:
One Man’s Journey

• Housing:
A Platform for Uplifting Families

• The Essentials of Successful Leadership for the 21st Century

Given today’s economic and social climate, the nation’s future depends on recalibrating urban and metropolitan strategies to focus investments in infrastructure and human capital.

American Latinos and the Nation’s Future

The difference between Latinos as a marginalized population or Latinos as full contributors to the workforce and to economic prosperity will be a critical determinant of America’s competitiveness and social stability. It is essential to act now on strategies to fully integrate Latinos into the mainstream of American life.

Immigrants: An Essential Ingredient for A Strong America

In today’s world, immigrants represent a higher proportion of the nation’s population than any time since the early 1900’s. Their contributions are not only substantial, but they are essential to a strong American future. Immigrants contribute prodigious intellectual assets, youthful workforce skills, and the raw energies of determined people.

The United States must reform its dysfunctional immigration framework, but go beyond that to formulate national initiatives to fully integrate immigrants so that the nation can have the immense benefit of their talents.

Smart Growth: Developing the Economy, Infrastructure, and a Sustainable Future

The engine propelling the American economy, the strategic development of infrastructure and metropolitan areas fosters research breakthroughs and entrepreneurial energies and can help address environmental and energy challenges. Thoughtful innovations in the applications of technology, building materials, land use planning, mass transit and community design can make the country more efficient, livable, and sustainable. Applying smart growth strategies to will usher in a new global economy making the country more attractive and socially cohesive enhancing the population’s quality of life.

Staying home, aging in place, is most people’s preference, but most American housing and communities are not adapted to the needs of older people. With the fastest population growth among people over 65, finding solutions for successful aging is important not only for individual families, but for all of society. Former HUD Secretary Henry Cisneros assess the current state of housing and present new possibilities that realistically address the interrelated issues of housing, communities, services, and financial concerns.

Facing Up to Cancer: One Man’s Journey

Henry Cisneros still talks about housing and urban development and the ways cities and immigrants can help the country thrive. But he also talks about cancer – his experience with prostate cancer. With over 240,000 cases of prostate cancer diagnosed a year, Cisneros wants to talk about cancer. A difficult subject for everyone, Cisneros knows how important it is to talk about cancer and wants to encourage men, and women, to see their doctors, ask for blood tests, and have annual exams. He believes that opening up this dialogue is not only important but potentially life saving.

Housing: A Platform for Uplifting Families

A home is a place to live and is the largest expenditure most American’s undertake. But it is also an essential dimension of an uplifting life. It is a platform for education, self-improvement, work, health, and for stable family cohesion. The nation needs strategies that go beyond thinking of housing as four-walls of physical shelter to policies that support affordable living in nurturing communities for persons at every stage of life.

The Essentials of Successful Leadership for the 21st Century

The tectonic plates undergirding our society are shifting rapidly. The significant changes are generational, multicultural, technological, environmental, and economic. They require new ways of exercising leadership in the key institutions of our society: business, governmental, religious, educational, and civic. Leadership must be inclusive, respectful of diversity, consultative, capable of sharing a vision of progress, flexible, and responsive.

Designing Homes and Neighborhoods for an Aging Population: Henry Cisneros 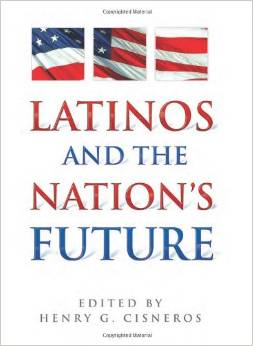 Latinos and the Nation's Future 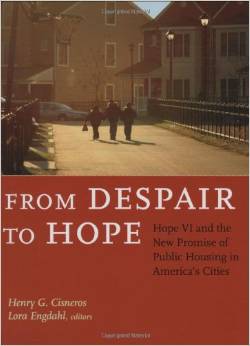 From Despair to Hope: Hope VI and the New Promise of Public Housing in America's Cities

The event was great. Henry was a huge hit.

Henry Cisneros, in the clearest and most focused way, set the agenda for all of us in the future.

The National Association of State Boards of Education

Your presentation was so succinct and so on target with those important messages that we wanted to convey to attendees. You are, indeed, a “miracle person,” sent to communities for significantly strategic times…

Henry’s talk was a real hit. Everyone loved him. Many people commented on how energetic he was.

Henry Cisneros is a wonderful speaker and a gracious guest. SMU was very lucky to have him on our campus.

Spectacular!! He’s a very vibrant speaker and was genuinely kind and gracious to everyone he met – made each person he met feel as though he/she was the only one in his world. What a great guy!

We don’t believe we can do more to indicate the enthusiasm and receptivity of our members than was demonstrated by the lauds and standing ovation given you at the Friday night session.

He received two standing ovations from the audience. . . and the audience itself was a sellout at 1,100.

Everything was great! Henry Cisneros was by far our best speaker ever. Thank you again.