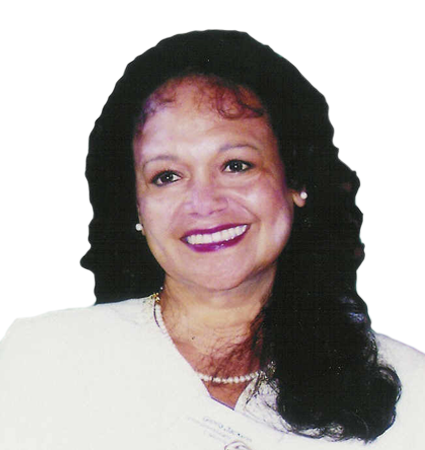 The Legacy of Booker T. Washington

She, instead, believes that it was a God given gift to provide her a platform from which to share with others the profound spiritual and economic wisdom and the liberating truth embodied in the words and actions of her great-grandfather. Though he was a man of his time, the principles that Booker T. Washington taught and lived by are as relevant today as they were a century ago.

An informal speaker for many years on the life and legacy of her great-grandfather, Gloria now speaks all over the country as she counters the often twisted and distorted view that many are taught about her great-grandfather in this politically correct age. In so doing, she exposes her listeners to the extraordinary grasp of freedom that her great-grandfather possessed so soon after the end of slavery. She explains that Booker T. Washington’s work and his life of service provided us with a blueprint and a foundation to assist us to move forward into, not just the physical freedom afforded by the end of the Civil War, but into the full realization and expression of the promises of this country’s Declaration of Independence, that all men are created equal, that they are endowed by their Creator with certain inalienable rights, that among these are life, liberty and the pursuit of happiness. He had a clear understanding that freedom can only exist within the realm of personal responsibility and individual initiative and that the author and giver of freedom is God.

Possessing a passion to challenge and inspire individuals to strive to live by the powerful values based ideals set for the by her great-grandfather including, family cohesiveness, hard work, educational excellence, economic strength and independence through free enterprise, all underscored by strong moral character and faith in God, Gloria encourages her listeners to turn away from and reject the oppressive and stifling intervention of massive government control over their lives. Whether, it’s through public speaking or writing, her aim is to encourage others to use their God-given gifts and talents to build productive lives of which they can be proud and to understand that to act from a spirit of grievance or victimization is to simply volunteer to be re-enslaved. As our liberties are being challenged she encourages all to become reacquainted the founding documents of this country and to become apostles of freedom just as her great-grandfather was.

In April 2006, Gloria’s book, co-authored with her cousin, Sarah Rush, Timeless Treasures – Reflections of God’s Word in the Wisdom of Booker T. Washington, was released. The book was written as a tribute to their great-grandfather and his legacy and was released to correspond with the 150th year since his birth and the 125th year since he founded Tuskegee University.

In May 2007, Gloria was honored to become the first direct descendant of Booker T. Washington to deliver the commencement address at Tuskegee University.

Gloria holds a law degree from UCLA and she is an attorney and real estate broker. She currently resides in Los Angeles.

Jackson’s address focused on the unity and inclusion of the lives of both Martin Luther King, Jr. and Booker T. Washington.  She referenced both King’s “I Have A Dream” speech and the Emancipation Proclamation as evidences of the freedoms Americans are now blessed with. 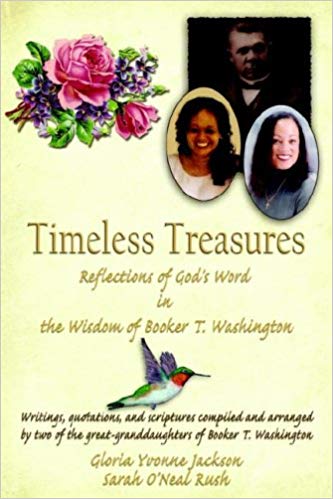 Timeless Treasures: Reflections of God's Word in the Wisdom of Booker T. Washington