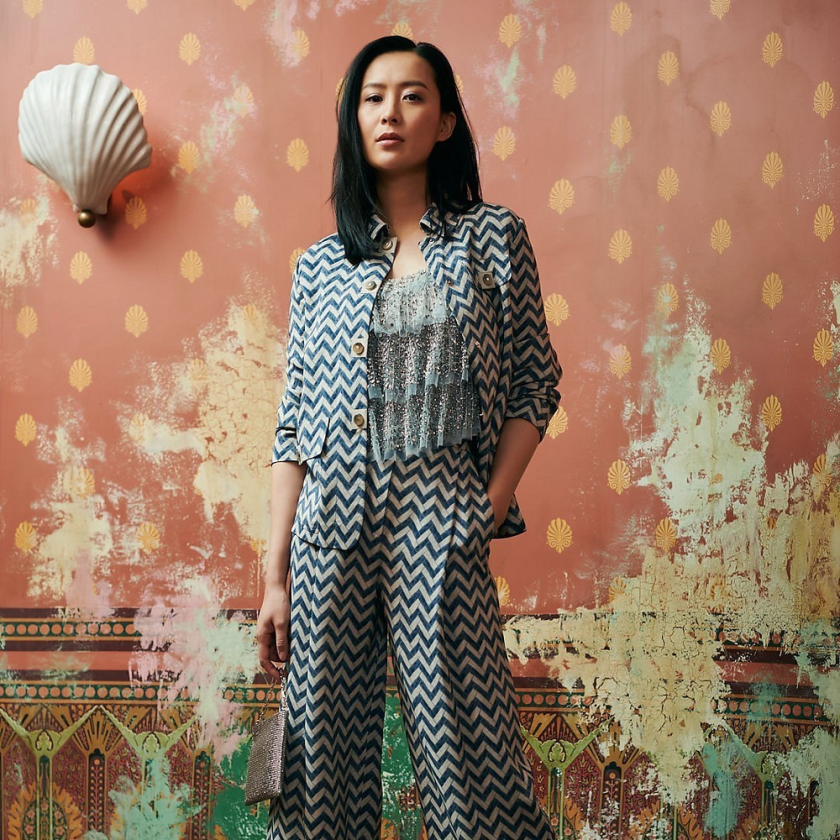 “Elegance comes from truly understanding yourself, but also from being generous towards others.”Fala Chen, the well-known multilingual actress will next star as one of the leads in the upcoming Marvel feature Shang-Chi and The Legend of The Ten Rings for director Destin Daniel Cretton, opposite Awkwafina, Tony Leung, and Simu Liu. She recently made US…

Her personal family history has made her a passionate advocate for raising awareness about women’s health. Fala featured as the seventh protagonist of Giorgio Armani Crossroads series – the project profiles inspiring women and their insights about womanhood, choices and freedom.Fala Chen (Chinese: 陳法拉; born 24 February 1982) is a Chinese-born American actress. She is best known for her roles in Hong Kong TVB drama series including Steps, No Regrets, Triumph in the Skies II, and Lives of Omission. She also stars in the Hong Kong films Tales from the Dark 2 (2013), Turning Point (2009), and Despicable Me 3 (2017 – Cantonese).[citation needed] On stage, she portrayed Kyra Hollis in Skylight by David Hare (2016). In 2018, Chen wrote, directed and starred in the short film Passinger,[citation needed] which was a finalist for the Sundance Film Festival: Hong Kong Short Film Competition. She made her first Hollywood appearance in the HBO miniseries The Undoing in 2020 and starred in the Marvel Cinematic Universe superhero film Shang-Chi and the Legend of the Ten Rings in 2021.

A Conversation with Fala Chen

Fala Chen on how Marvel Studios' Shang-Chi Changed Her Life

FALA CHEN - "Shang-Chi and the Legend of the Ten Rings"