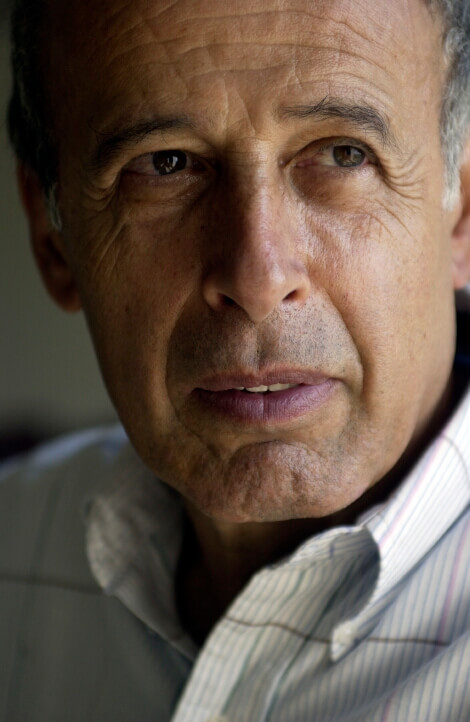 Professor of Psychology, Emeritus, at the University of Massachusetts Amherst. He is the founding director of the doctoral program on the psychology of peace and violence

Ervin Staub is a Professor of Psychology Emeritus at the University of Massachusetts, Amherst, and Founding Director of its Ph.D. concentration in the Psychology of Peace and Violence. I was born in Hungary, where as a young child I lived through Nazism, and then communism. I escaped from there when I was 18 years old,…

Ervin Staub is a Professor of Psychology Emeritus at the University of Massachusetts, Amherst, and Founding Director of its Ph.D. concentration in the Psychology of Peace and Violence. I was born in Hungary, where as a young child I lived through Nazism, and then communism. I escaped from there when I was 18 years old, lived in Vienna for two years, and then came to the U.S.

Ervin Staub studied the influences that lead to caring, helpful, altruistic behavior in children and adults, and the development of caring and helping in children. Having studied both “active bystandership,” and passivity in the face of people in need, I turned to a focus on perpetration. I studied the social conditions, culture, psychology of individuals and groups, and social processes that lead to mass violence, especially genocide and mass killing, but also violent conflict, terrorism and torture. I studied the role of passive bystanders in allowing the unfolding of violence. Increasingly I focused on understanding how violence between groups can be prevented, as well as how hostile groups can reconcile, especially in post-conflict settings after violence between them, as well as how positive group relations can be facilitated. I have been concerned with how active bystandership in the service of prevention and reconciliation can be promoted.

My books include the two volume Positive social behavior and morality (Volume 1, Social and Personal influence, 1978; Volume 2, Socialization and development, 1979); The roots of evil: The origins of genocide and other group violence (1989); The psychology of good and evil: Why children, adults and groups help and harm others (2003), Overcoming evil: Genocide, violent conflict and terrorism (2011),  and a number of edited and co edited books (see Vita), including Patriotism in the lives of individuals and nations (1997). A book in progress is Staub, E. The roots of goodness: Inclusive caring, moral courage, altruism born of suffering and active bystandership.  New York: Oxford University Press (expected publication in early 2013).

Ervin Staub worked on varied projects in field settings, including the development of a training program for the State of California after the Rodney King incident to reduce the use of unnecessary force by police, teacher training to create classrooms that help children become caring and non-violent, a project in Amsterdam to improve Dutch-Muslim relations, a project in New Orleans to promote healing and reconciliation in the wake of Katrina, and a Training Active Bystanders project in Western Massachusetts to train school children in active bystandership in the face of harmful behavior by their peers, towards other peers.

Since 1999 Ervin Staub have conducted workshops/trainings in Rwanda, together with Laurie Anne Pearlman and other associates, for the staff of organizations that work in the community, with national leaders, with people in the media, and others.  In collaboration with Radio LaBenevolencija of Amesterdam, using the approach we developed for our trainings, we have created a variety of educational radio programs, both informational programs and radio dramas. An educational radio drama which began to broadcast in 2004 in Rwanda is still ongoing, as are radio dramas in Burundi and the Congo (DRC) that began to broadcast in 2006. The aim of this work is to promote healing, reconciliation and help prevent new violence and/or stop ongoing violence, and help people impacted by violence lead better lives. In 2007 the Rwandan radio projects won the Human Rights & Accountability award that was launched by the UN for the 60th anniversary of the Declaration of Human Rights.

Ervin Staub also served as an expert witness in violence related cases, for example, at the Abu Ghraib trials. I lectured widely on topics related to my work in academic, public, and government settings in the U.S. and other countries.

In addition to many professional articles, book chapters and books, my work has been reported in many newspapers and magazines, including the New York Times, The Washington Post, the Los Angeles Times, U.S. World and News Report, Oprah Magazine as well as foreign newspapers and magazines, and in appearances on many radio programs, including NPRs All Things considered, Morning Edition, Top of the Nation and regional syndicated programs, and many television programs including NBC and ABC Evening News, 20/20, the BBC, the Discovery Channel, PBS and others. My book, The roots of evil, inspired a three part television series, also called The roots of evil, shown on BBC television in England, the Discovery Channel in the US, and some other countries around the world.

Societal conditions and culture that are starting points for mass violence.
The psychology of perpetrators and passive bystanders.
The role of positive (active) bystanders in preventing violence between groups.
Heroic helping: rescuers in the Holocaust and in other settings
Examples for all these topics from the Holocaust, the Armenian genocide,
Cambodia, Rwanda, Bosnia, Argentina and elsewhere.

Interventions to promote reconciliation and psychological recovery in Rwanda and elsewhere:

Using elements of an approach in working with people in the community, national and community leaders,the media, and in the creation of educational radio programs in Rwanda, Burundi and the Congo.

Research evaluating the impact of interventions.

The psychology and behavior of bystanders. Passivity, action, moral courage and heroism

Basic human needs and their role in aggression and altruism

Cultures of violence and the development of cultures of peace

Altruism born of suffering: how people who have been victimized by personal violence (e.g. in their families) or by political violence can become caring and helpful.

The origins and prevention of terrorism

The origins and prevention of contemporary Islamic terrorism

Improving relations between Europeans (in particular the Dutch) and Muslim minorities in Europe, to prevent violence and terrorism.

The Israeli-Palestinian conflict, and approaches to its resolution 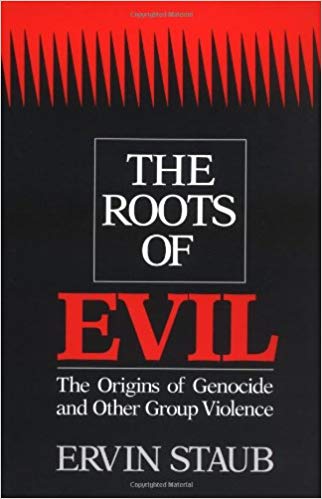 The Roots of Evil: The Origins of Genocide and Other Group Violence 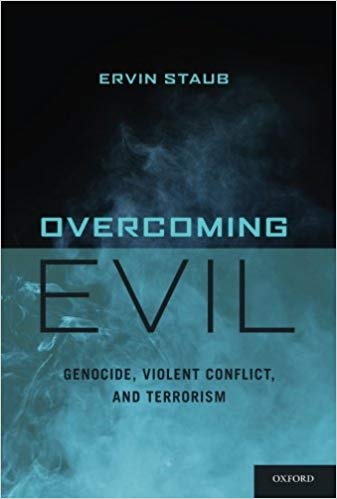 The Psychology of Good and Evil: Why Children, Adults, and Groups Help and Harm Others 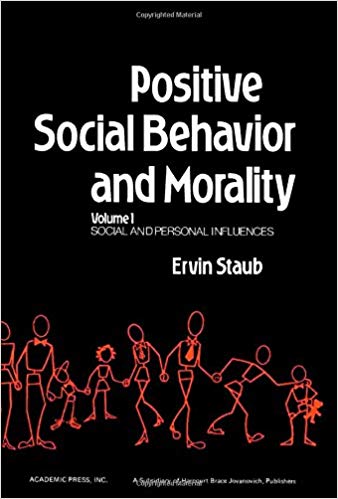