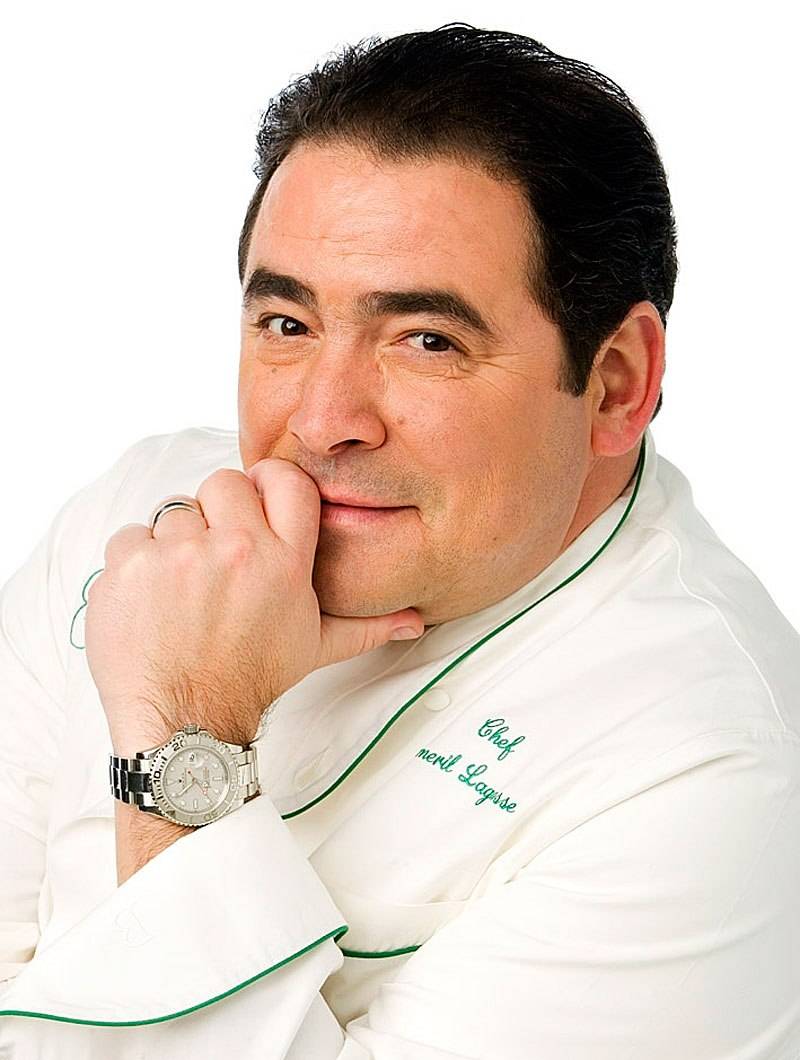 Chef Emeril Lagasse’s passion for food was ignited as a young boy growing up in the small town of Fall River, Massachusetts, where he spent time in the kitchen with his mother, Hilda. As a teenager, he worked at a Portuguese bakery where he mastered the art of bread and pastry baking. Upon high school…

Chef Emeril Lagasse’s passion for food was ignited as a young boy growing up in the small town of Fall River, Massachusetts, where he spent time in the kitchen with his mother, Hilda. As a teenager, he worked at a Portuguese bakery where he mastered the art of bread and pastry baking.

Upon high school graduation, Lagasse turned down a full scholarship to the New England Conservatory of Music to pursue his dream of becoming a chef. He earned a degree from the respected culinary fortress, Johnson and Wales University, and later received an honorary doctorate degree from the university.

Wanting to broaden his culinary horizons, Lagasse then traveled to Paris and Lyon, France, where he honed his skills and learned the art of classic French cuisine. Returning to the United States, Lagasse practiced his art in fine restaurants in New York, Boston and Philadelphia until a job offer from Dick and Ella Brennan lured the young chef to New Orleans, where Lagasse helmed the kitchen for nearly eight years at their legendary restaurant, Commander’s Palace.

In 1990, Lagasse set out on his own, opening Emeril’s Restaurant in New Orleans’ Warehouse District. Two years later, he opened NOLA Restaurant in the French Quarter. In 1995, Emeril brought his “New New Orleans” cooking to Las Vegas and opened Emeril’s New Orleans Fish House, located in the MGM Grand Hotel. In 1998, Lagasse opened Emeril’s Delmonico in New Orleans’ historic Garden District. He opened two restaurants in 1999 including Emeril’s Orlando at Universal Studios CityWalk and Delmonico Steakhouse in the Venetian Resort, Hotel & Casino in Las Vegas. In 2003, he opened Tchoup Chop (pronounced chop-chop) at Universal Orlando’s Royal Pacific Resort. In February 2008, he opened Table 10 at The Palazzo in Las Vegas. He opened his first restaurant in the Northeast, Emeril’s Chop House on May 22, 2009 at the Sands Casino Resort Bethlehem in Pennsylvania, and Lagasse’s Stadium, a restaurant and sports entertainment venue opened on September, 25 2009 at The Palazzo. He opened his first-ever burger restaurant, Burgers And More by Emeril, in 2009 at the Sands Bethlehem. In 2016, Lagasse opened Emeril’s Fish House, making this the third restaurant by Emeril at the Sands Bethlehem. Currently, Lagasse is the chef-proprietor of 12 restaurants in New Orleans, Las Vegas, Orlando and Bethlehem, Pennsylvania. Lagasse’s 13th restaurant, Meril, opened in New Orleans in September 2016.

The recognition and awards he has garnered have made him known to food-loving Americans everywhere. His restaurants consistently win critical praise and top ratings. Emeril’s Restaurant was dubbed “Restaurant of the Year” by John Mariani in Esquire magazine in 1990 and received the coveted Wine Spectator “Grand Award” in 1991. Also in 1991, Lagasse was named “Best Southeast Regional Chef” by the James Beard Foundation. Emeril’s Restaurant later earned the prestigious Ivy Award. NOLA has achieved the status of “Best New Restaurant” by Esquire magazine in 1993 and has been recognized nationally by Travel & Leisure and Southern Living magazines. His third restaurant, Emeril’s New Orleans Fish House was named “Best Restaurant in Las Vegas” by Zagat. In 2002, Delmonico Steakhouse was named “Best Steakhouse” by Las Vegas Life magazine. In 2004, Delmonico Steakhouse received the Grand Award from Wine Spectator magazine, and has continued each year since. Emeril’s restaurant has also received a “Grand Award” from Wine Spectator every year since 2000 for its robust and varied wine list.
In 2009, he received the “Lifetime Achievement Award” from Food Network’s South Beach Wine & amp; Food Festival.

Lagasse himself has received accolades and awards for his culinary expertise. In 1998 he was chosen as “Chef of the Year” by GQ magazine. In 1999, he was named one of People magazine’s “25 Most Intriguing People of the Year.” In 2004, he was chosen as “Executive of the Year” by Restaurants & Institutions magazine. In 2005, he received the “Distinguished Service Award” from Wine Spectator for his significant and long-lasting contributions to the wine industry. In 2006, he was inducted into the MenuMasters Hall of Fame by Nation’s Restaurant News. In 2007, he was named “Restaurateur of the Year” by New Orleans City Business. In 2009, he received the “Lifetime Achievement Award” from Food Network’s South Beach Wine & Food Festival. For his contributions to the American culinary industry, Lagasse was featured in the 2012 Smithsonian exhibit “Food: Transforming the American Table 1950–2000.” In 2013, Lagasse was named the Humanitarian of the Year by the James Beard Foundation for his dedicated efforts to further the culinary arts in America, as well as his philanthropic work supporting children’s educational programs through the Emeril Lagasse Foundation.

As a national TV personality, he has hosted more than 2,000 shows on the Food Network, and is the food correspondent for ABC’s “Good Morning America.” Lagasse has appeared as a guest judge in four seasons of Bravo’s hit food series, “Top Chef,” served as co-host for TNT’s first cooking series, “On the Menu,” and the tenth season of the “Rachael Ray Show.”In September 2016, Amazon launched an original series featuring Lagasse called Eat the World with Emeril Lagasse. In January 2017, Lagasse entered his fifth season of “Emeril’s Florida” on the Cooking Channel.

Lagasse is the best-selling author of 19 cookbooks including his first, Emeril’s New New Orleans Cooking, which introduced his creative take on Creole cuisine. His latest cookbook, Essential Emeril: Favorite Recipes and Hard-Won Wisdom from My Life in the Kitchen, was released in October 2015.

In 2002, Lagasse established the Emeril Lagasse Foundation to support children’s educational programs that inspire and mentor young people through the culinary arts, school food and nutrition and important life skills programs. Projects funded by the Foundation include an outdoor classroom, gardens, fresh foods cafeteria and teaching kitchen at Edible Schoolyard New Orleans, an accessible learning kitchen for special needs students at St. Michael Special School, and a culinary learning center for hospitality training for at-risk youth at Café Reconcile. In March 2011, he dedicated the Emeril Lagasse Foundation Culinary Arts Studio, a four-year culinary arts program for high school students with master-apprentice curriculum at New Orleans Center for the Creative Arts. Each fall, the foundation hosts two fundraisers: Boudin, Bourbon and Beer, and its primary fundraiser, Carnivale du Vin, which has consistently ranked among the “Top Ten U.S. Charity Wine Auctions” in Wine Spectator magazine. To date, the Foundation has distributed $7 million in grants for children’s charities in New Orleans, Las Vegas and on the Gulf Coast.

Lagasse’s restaurant company, Emeril’s Homebase, is located in New Orleans and houses restaurant operations, a culinary test kitchen for cookbook and recipe development, and a boutique store for his signature products.

A Conversation With Emeril Lagasse 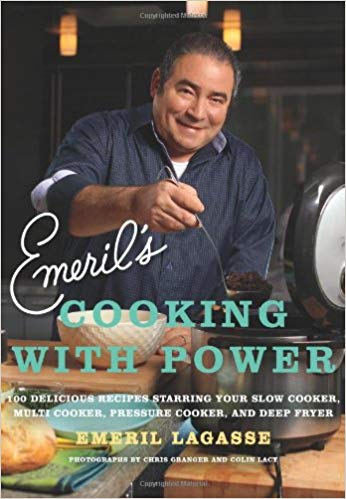 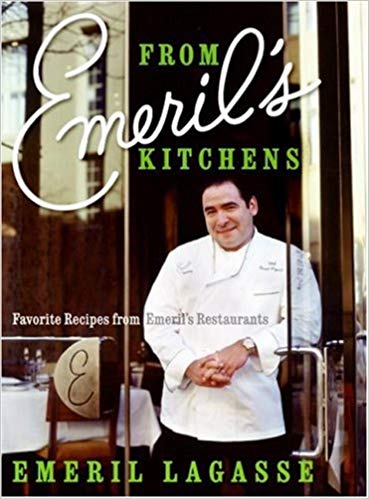 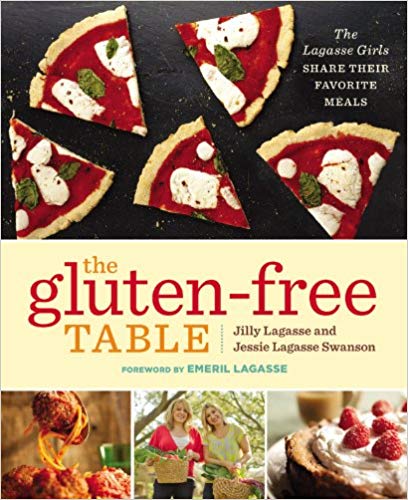 The Gluten-Free Table: The Lagasse Girls Share Their Favorite Meals 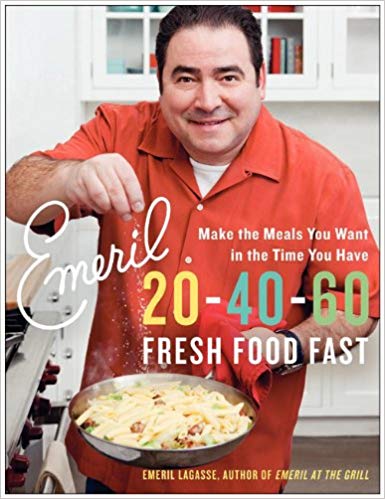