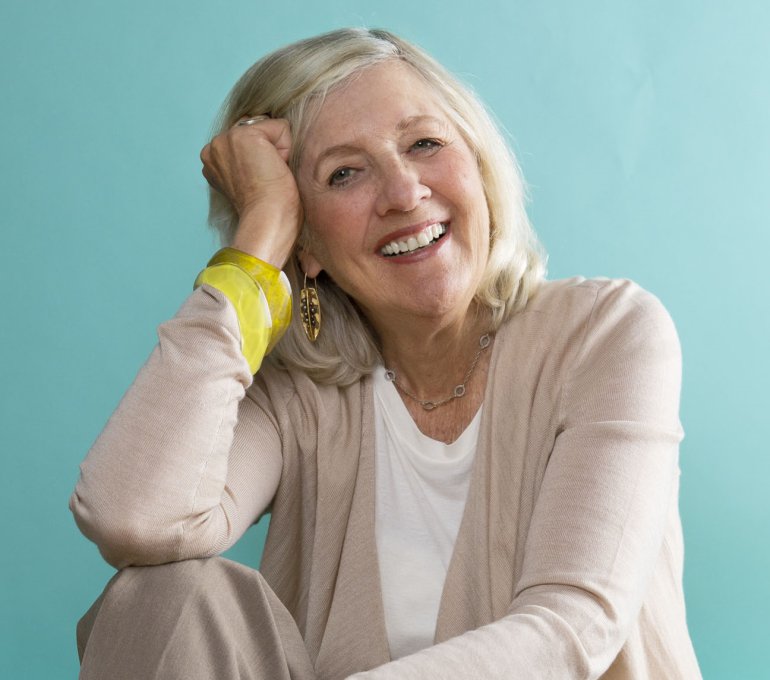 Ellen Goodman has spent most of her life chronicling social change and its impact on American life. As a Pulitzer Prize-winning columnist she was one of the first women to open up the op-ed pages to women’s voices and became, according to Media Watch, the most widely syndicated progressive columnist in the country. She continues…

Ellen Goodman has spent most of her life chronicling social change and its impact on American life. As a Pulitzer Prize-winning columnist she was one of the first women to open up the op-ed pages to women’s voices and became, according to Media Watch, the most widely syndicated progressive columnist in the country. She continues that from her observation post now as a writer, speaker and commentator.

Goodman began her career as a researcher for Newsweek magazine in the days when only men wrote for the newsweekly. She landed a job as a reporter for the Detroit Free Press in 1965 and, in 1967, for The Boston Globe where she began writing her column in 1974. It’s been syndicated by The Washington Post Writers Group since 1976.

Goodman won the Pulitzer Prize for Distinguished Commentary in 1980. She’s won many other awards, including the American Society of Newspaper Editors Distinguished Writing Award in 1980. She received the Hubert H. Humphrey Civil Rights Award from the Leadership Conference on Civil Rights in 1988. In 1993, the National Women’s Political Caucus gave her the President’s Award. In 1994, the Women’s Research & Education Institute presented her with their American Woman Award. In 2008, she won the Ernie Pyle Award for Lifetime Achievement from the National Society of Newspaper columnists.

An innovative force in American journalism, Ellen Goodman brings her trademark intellect, wit and compassion to her speeches. She’s given keynote speeches all across the country.

Supermom to Mama Grizzly: Where Are Women Headed?

The Personal is (Too) Political

The Third Act
The generation of social change agents is now embarked on something new: the Longevity Revolution. One of the most remarkable and least heralded changes is in our lifespan. Are the new seniors going to be the generation that rewrites the script on older age, or that hunkers down against change? Goodman answers the question, “Where do we go when we ‘let ourselves go?'”

Women and Friendship
Ellen Goodman and Patricia O’Brien, authors of The New York Times Bestseller I Know Just What You Mean: The Power of Friendship in Women’s Lives, treat audiences to a lively discussion of the importance of this central relationship in women’s lives. Work, love, and friendship are the three legs we stand on in life. How do we sustain each other? How do we sustain friendship in a busy life? As a duet, Goodman and O’Brien show as well as describe this connection.

Sex & Sanity?
Goodman speaks to groups with wit and wisdom about the sexual revolution and counterrevolution, sex education and miseducation, and where the pro-choice community is now.

The “F” Word: Whatever Happened to Feminism?

The Function of Media in a Free Society:

Is The Personal (Too) Political?
Welcome to the era of food-fight journalism and ballistic blogging. What’s happening to the media? Goodman takes us from a time when the press shielded the private lives of an FDR and JFK to the time when private life has become public with a vengeance. What do we make of cable TV knockouts and scandals of the day? Is the media part of the polarizing of America? In this keynote speech, Goodman argues for a truly “new” media.

The XX Factor: Where Are Women & Men Today
Our generation traded depression for stress – not such a bad bargain. We kicked the doors open, but the glass ceiling is still in place; working mothers are overwhelmed and stay-at-home moms are unsure of what’s next, while young women want to have children somewhere between the graduate degree and menopause. What’s next for the next wave? Anybody want a life? 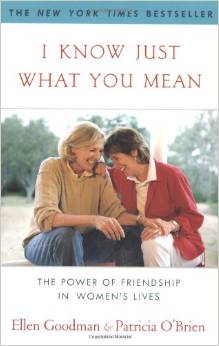 I Know Just What You Mean: The Power of Friendship in Women's Lives (New York) 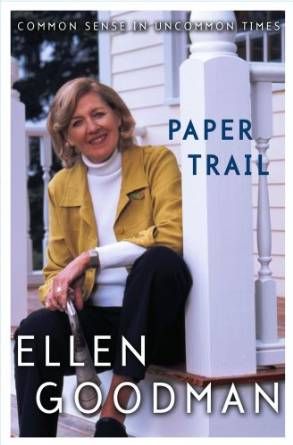 She was delightful. Very insightful and just plain nice to be around. The luncheon was a huge success. Many thanks for all your help.