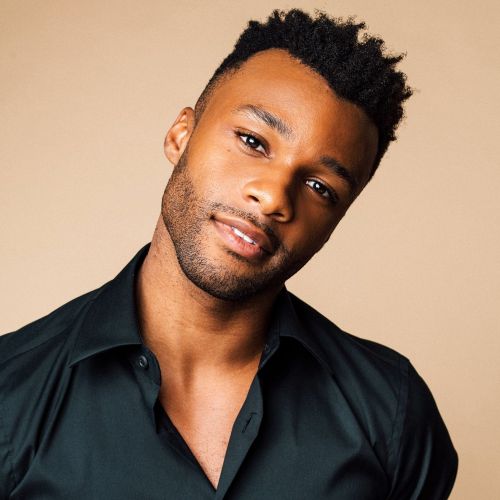 A multi-hyphenate performer, songwriter and creator, Dyllón Burnside is best known to audiences for his starring role as “Ricky” on FX and Ryan Murphy’s Emmy nominated series, Pose. He will reunite with Ryan Murphy this summer where he will star in the new FX anthology series American Horror Stories.

A multi-hyphenate performer, songwriter and creator, Dyllón Burnside is best known to audiences for his starring role as “Ricky” on FX and Ryan Murphy’s Emmy nominated series, Pose. He will reunite with Ryan Murphy this summer where he will star in the new FX anthology series American Horror Stories.

Dyllón will make his return to the Broadway stage this fall in the highly-anticipated new production of Thoughts of a Colored Man. He first captivated audiences with his Broadway debut, starring as Anthony in 2014’s Holler if Ya Hear Me, a hip-hop musical inspired by the music and lyrics of Tupac Shakur. He has appeared in NBC’s “Peter Pan Live!” and the HBO series High Maintenance, all while completing his final year at the prestigious CAP21 Conservatory for musical theatre and The New School where he earned a bachelor’s degree in Media Studies and Writing.

As a singer and songwriter, Burnside has released two chart-topping solo singles, “Silence” and “Heaven” for his debut EP. The Pensacola, Florida native began performing professionally at the age of 12 as a member of the Hip-Hop/R&B boy band 3D. He has toured the country performing original music alongside folks like Stevie Wonder and Rihanna in such venues as Madison Square Garden and the Nokia Theater. Burnside has performed at the US Open Men’s final as well as headlined and produced a sold-out benefit concert for the Gay, Lesbian and Straight Education Network (GLSEN) at the Cutting Room in New York City.

In addition to his performance work, Burnside is also passionate about producing quality arts content that promotes social change. His work as a producer includes film, theatrical and musical events that serve and/or shed light on marginalized communities. He has been honored by GLAAD and the Human Rights Campaign for his continuing dedication to LGBTQ+ rights. Dyllón hosted and produced Prideland, a one-hour special and short-form digital series for PBS that received a Daytime Emmy and GLAAD Media Award nomination.

An Evening with Dyllón Burnside