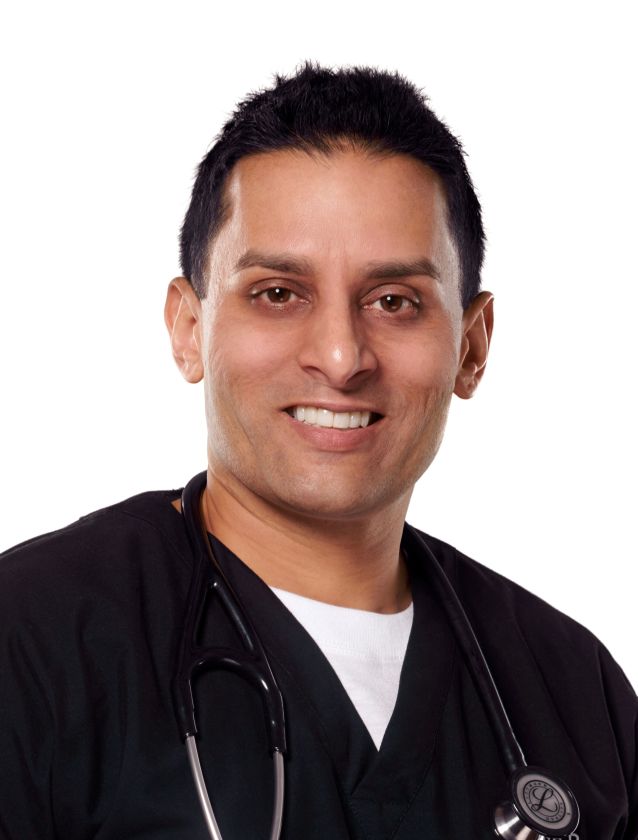 You’ve never quite met anyone like him. No textbook, checklist, or protocol could fully prepare someone for the experiences Dr. Sudip Bose has lived through.

No textbook, checklist, or protocol could fully prepare someone for the experiences Dr. Sudip Bose has lived through. The emergency medicine physician, combat veteran, professor, and entrepreneur serves and speaks from an extraordinary perspective with an ordinary purpose: to use his battle-tested experiences to help others lead lives of impact, service, and health.

CNN Hero and Bronze Star Recipient, Dr. Bose served one of the longest continuous combat tours in Iraq by a military physician since World War II. During his tour, he was selected to treat Saddam Hussein after his capture in 2003. Dr. Bose’s ability to gracefully face extreme circumstances demonstrates his pure mastery and sets him apart from other physicians. Named one of the “Leading Physicians of the World” by the International Association of Healthcare Professionals, Dr. Bose continues to report for duty on the frontlines of the Covid-19 health crisis in the emergency room every day. As one of America’s foremost experts in emergency medicine, mass casualty, disaster care, and PTSD, he is well-suited for the task.

Dr. Bose was meant to be a doctor. He was accepted directly into medical school out of High School through the Honors Program in Medical Education at Northwestern University, obtaining his medical degree at 25.

At the age of 28, Dr. Bose achieved the nation’s top score on the American Board of Emergency Medicine In-training Examination, a test required of every medical resident in the United States. He was also named an Assistant Clinical Professor of Emergency Medicine at Texas A&M, making him one of the youngest medical school professors in the country. He currently practices as an attending emergency physician and Medical Director in Odessa, Texas. When not in the ER, he teaches as a Clinical Professor at Texas Tech University Health Sciences Center and as an Associate Professor at the University of Illinois. Dr. Bose has been a featured physician on hit worldwide reality TV show “Untold Stories of the ER,” The Dr. Oz Show, as well as many other media outlets.

During Operation Iraqi Freedom, Dr. Bose cared for thousands of wounded soldiers and Iraqi civilians and provided front line emergency care during the peak of insurgencies in Baghdad and Najaf. He provided medical care in the streets during the Second Battle of Fallujah while protected by overhead snipers such as Chris Kyle, “The American Sniper.” Dr. Bose was later recognized as a CNN Hero for his commitment to his service and practice under extraordinary circumstances.

A proud veteran leading a life of health, security, and fulfillment, Dr. Bose recognizes that many veterans are not so fortunate. Even though they may be finished fighting our enemies abroad, America’s veterans frequently continue their battle against injuries and illnesses sustained as they were fulfilling their duties to our country. The health challenges they face are unique, almost entirely unlike those faced by any other demographic in America. Dr. Bose founded The Battle Continues Inc., a nonprofit charity, to serve injured veterans. 100% of donations go to injured veterans and his speaking fees cover the administrative costs.

Leadership Lessons from the Battlefield and Emergency Room

Take Charge of your Inner Army

A Conversation with Dr. Sudip Bose