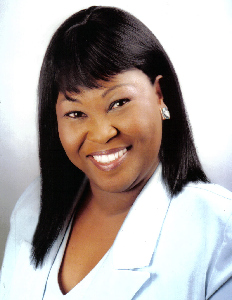 But there is much more to the story of the woman who have already impacted thousands of people with the life-saving, healthy-relationship building, and miracle-working message of the Gospel of Jesus Christ. Dr. Grace was born on the Island of Jamaica, where she lived in the historic sea-port town of Port Royal with her paternal grandmother and loving extended family. When she was eight years old, she migrated to the United States to live with her mother (a gorgeous fashion model) in New York City, whom she had met only once before. Two years later, Dr. Grace’s young life took a severe turn at the tender age of ten when she witnessed the brutal murder of her mother by an abusive ex who became a stalker.

After overcoming that early childhood tragedy, Dr. Grace determine that her life’s mission would be helping individuals and families, to avoid all forms of unhealthy relationships, and instead, build balanced lives of respect, self-worth, healthy love, and strong family bond with God at the very center. Dr. Grace credits the remarkable coping skills and optimistic outlook she developed in her youth to her grandmother “who taught her how to pray,” and who introduced her to the Oral Roberts Ministry theme “Expect a Miracle” as far back as she could recall.

Dr. Grace always kept that expectancy deep in her heart. In spite of many challenges, she first emerged as a bestselling author in 1992, was baptized in 1996, earned a Ph.D. in social psychology in 1997, and became one of America’s foremost relationship consultants since 1998. In fact, in March of 2000 Ebony magazine named her a favorite “motivational” expert, along with Bishop T.D. Jakes and Oprah Winfrey.  Her counsel, which is always straight-forward, compassionate, useful and effective, has landed her repeat appearances on many Network and Cable TV programs, including ABC, CBS, NBC, FOX, BET, HALLMARK, and FOX NEWS CHANNEL. She has been featured and quoted as a relationship expert and advice columnist in many leading magazines, including, JET, Ebony, Essence, Upscale, Heart & Soul, and the London-based Pride.

In September of 2000, while gainfully-employed as the popular on-air staff psychologist for the Queen Latifah TV talk show, Dr. Grace’s life took a new turn as she obeyed the call of God and spontaneously entered Alliance Theological Seminary to study Theology, which earned her a Master’s degree in Urban Ministry in May of 2002.

In March of 2004, while Dr. Grace was considering an offer to host her own Network TV talk show, her life took an even shaper turn when she received an even stronger personal call from God to minister His Word. After much prayer, inner searching, deep thought, and support from her husband, Dr. Grace surrendered her heart and life to the call as she continued to build a deeper and closer relationship with Jesus.

Happily married to her scientist engineer husband, Dr. Richard Livingstone, and the nurturing mother of their beautiful daughter Dena, Dr. Grace is an example of one who definitely “practices what she preaches” about attracting and sustaining healthy love and strong family bond.  In November of 2005, after going on a 12-day, life-changing Christian group tour of Israel, Dr. Grace and Dena co-authored The Sanctified Bond: A Simple Understanding for a Life-Empowering Relationship with Jesus through the Holy Spirit of God. The book became an instant bestseller at its Barnes & Noble launch (December 2006, Co-op City, NY), as it sold-out within the first 30 minutes of the discussion & book signing.

After more than 15 years of encouraging, empowering, and equipping several thousand people with her unique relationship and life-empowerment programs, Grace Cornish Livingstone, who was ordained in 2008, is even more committed to continue helping others to build healthy lives, healthy relationships, and happy homes, using practical wisdom coupled with the life-uplifting power of the Gospel of Jesus Christ.

A Conversation With Dr. Grace Cornish 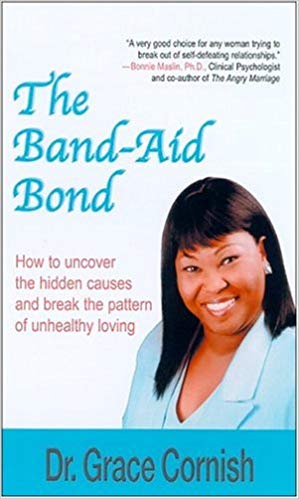 This lady has a knack for inspiring people!

We keep inviting Dr. Grace back because she is simply the best!!!

Back by popular demand! Dr. Grace is an empowering speaker you won’t want to miss.

And when the Doctor is in, she draws a crowd!

She was amazing! We had more walk-ins for Dr. Grace than for any of our other speakers.