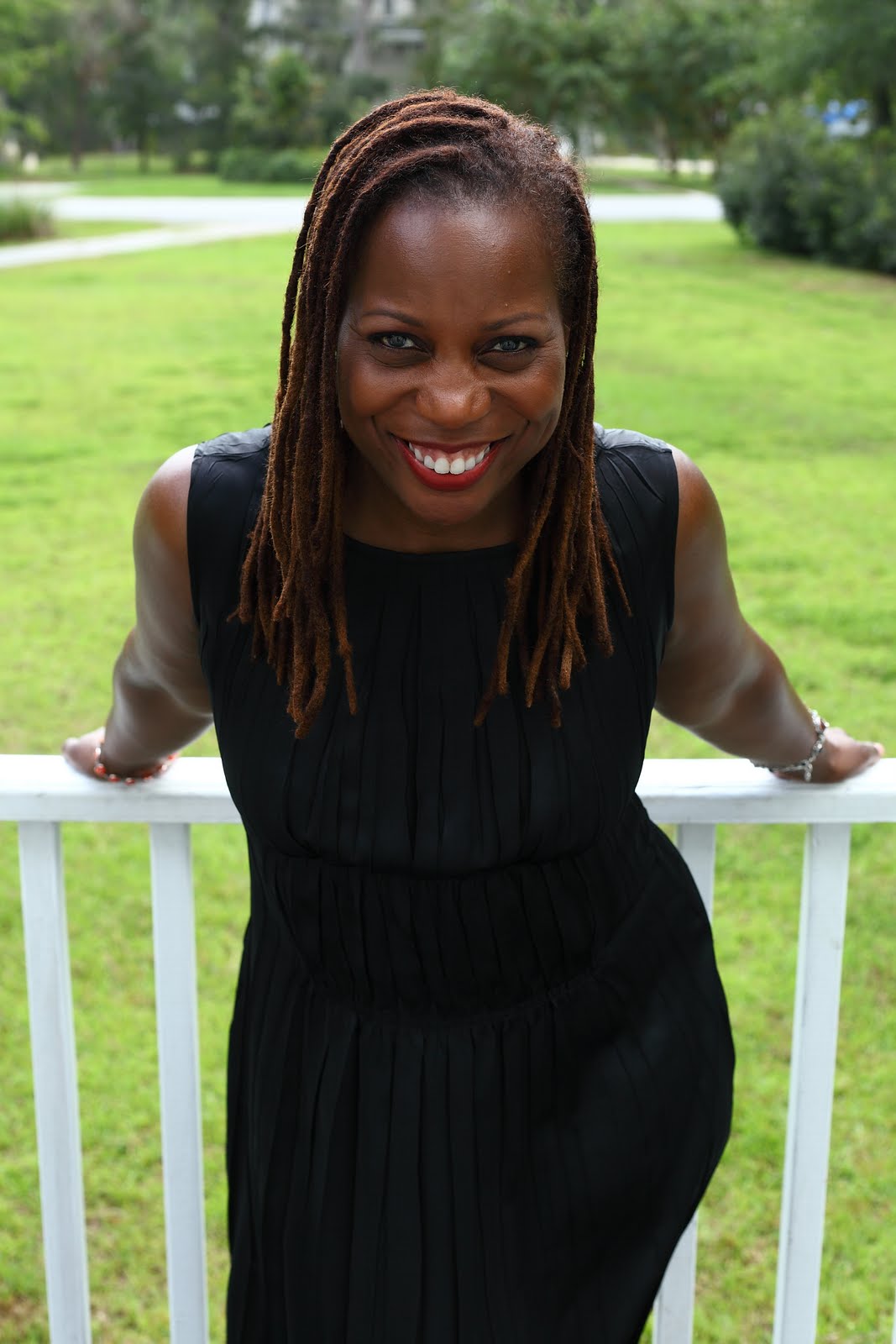 No one defies stereotypes, generalizations, or clichés more than Dr. Bertice Berry. Growing up poor in Wilmington, Delaware, the sixth of seven children, Berry was told by a high school teacher that she was “not college material.” Fortunately, there was another teacher who believed that she was destined for more. Berry applied to several schools…

No one defies stereotypes, generalizations, or clichés more than Dr. Bertice Berry. Growing up poor in Wilmington, Delaware, the sixth of seven children, Berry was told by a high school teacher that she was “not college material.”

Fortunately, there was another teacher who believed that she was destined for more. Berry applied to several schools without any idea how she would pay the tuition if she were accepted. The day her application arrived at Jacksonville University in Florida, a wealthy benefactor called the admissions department looking for a potential student “who could swim if they had the right backing,” and might sink without it.

Dr. Berry taught sociology and statistics at Kent, and demonstrated that she knew a few things about humor, as well. She became one of the most popular teachers at the university—so popular, in fact, larger lecture halls had to be found to accommodate her ever-increasing number of students. “A colleague said to me, ‘You’re funny’, and I said, ‘No I’m not, I’m a scholar,” recounts Dr. Berry. It was then that she realized that, by using humor in her lectures to address such difficult subjects as racism and sexism, she was making a more profound impact.

Shortly thereafter, Berry left Kent to become an award-winning entertainer, lecturer, and comedienne. From 1991 through 1994 she won the coveted national Comedian of the Year Award, and was also named Campus Lecturer of the Year and Campus Entertainer of the Year. She had created a niche as both a gifted speaker with a comic edge and a comic with a serious message. Her busy schedule included over 200 appearances a year.

Berry was the host and co-executive producer of her own nationally syndicated talk show The Bertice Berry Show, and hosted USA Live, a four-hour live interview and entertainment show on the USA Cable Network. She’s been featured on numerous other television programs, including appearances on The Oprah Winfrey Show, The Tonight Show with Jay Leno, ABC’s 20/20, and more recently on NPR’s “Tell Me More” with Michel Martin.

Dr. Bertice Berry is also the best-selling author of an inspirational memoir, I’m On My Way, But Your Foot Is on My Head, and the hilarious bestsellers Sckraight from the Ghetto, You Might Be Ghetto If, and the sequel, You STILL Ghetto. Her first work of fiction, Redemption Song, published by Double Day in 2000, is also a bestseller and has been praised by critics for its ability to entertain, inspire, and educate. Berry followed Redemption Song with another bestseller, The Haunting of Hip Hop, and took her readers on a journey to the other side. In August 2002, she released her most passionate work ever with Jim & Louella’s Homemade Heart-fix Remedy, a tantalizing yet spiritual tale that has won several awards. Berry’s wit and wisdom shine through in her novel about looking for love in all the wrong places—and with all the wrong people—in When Love Calls, You Better Answer, which was released the summer of 2005. Her book The Ties That Bind bridges the past with the future and is more personal—tracing the history of her family—and was released in January 2009. Her latest book, A Year to Wellness and Other Weight Loss Secrets, is a personal journey of healing and wellness that resulted in a weight loss of 150 pounds.

Berry is also a member of the Board of Directors for Capella University, an online university of 26,000 exceptional learners.

Dr. Berry believes that community involvement is not limited to just “writing a check” and has taken a very active role in supporting organizations that benefit those in need. She has graciously donated all of the royalties from the sales of her books to organizations that help families in transition, raise funds for scholarships, and provide resource information to low-income families.

Despite all of her honors and achievements, Dr. Berry is most proud of becoming the “instant mother” to her five adopted children. She lives in Savannah, Georgia, where she is active in the community. “When you walk with purpose,” Berry says, “you collide with destiny!”

Dr. Bertice Berry helps people find their true purpose in life. “People who walk in purpose collide with destiny,” she says. She illustrates her points with examples from her life experiences and through her amazing and unending sense of humor. She believes that people learn better when they can laugh.

In her keynote presentation, she discusses the importance of finding your purpose in life and leading others into purpose. She also discusses different learning styles and points out how crucial it is to learn the style that works best for yourself and the people you are leading. She talks about diversity from a different perspective and points out that equality is everyone getting what they need to move into purpose, especially in education.

In her keynote presentation, award-winning speaker Dr. Bertice Berry presents practical solutions to address the problems facing our village. Drawing on her personal experience as well as her professional expertise, Dr. Berry helps us to create and sustain a healthier village. Deftly using humor in her keynote speech, she motivates, enlightens and entertains audiences.

With more than 25 years of lecturing experience, Dr. Bertice Berry has touched the hearts and minds of people from all walks of life.

Based on the theme of the event that your team provides, a call with your team, and additional research conducted on the topic chosen, Dr. Berry’s presentation will address the specific needs of your organization, your region and your audience.

While Bertice Berry specialized in multiple areas of study including research, statistical analysis, stratification, gender, race, theory and age, her life experience as a talk-show host, author, comedian and mother have enriched her academic background tremendously.

Living and Giving Your Best: Doing Better With Less

Becoming The Highest Version of Yourself

Finding Your Purpose: At Home, Work and In the Community

The Art of Transformation

Peace in The Midst of the Storm

Living and Working in Purpose

The Space Between life and Laughter (TEDx)

Women in the Workplace

The World According to Me: How to Beat the Odds and Succeed
The Ties That Bind
In this keynote presentation, Dr. Berry discusses the evolution of race relations from slavery to Reconstruction, from the struggles of the Civil Rights Movement and the Black Power 1970s, and on to the present day, stressing the need to forgive and be forgiven. 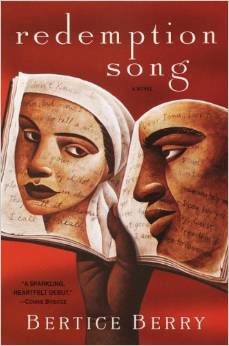 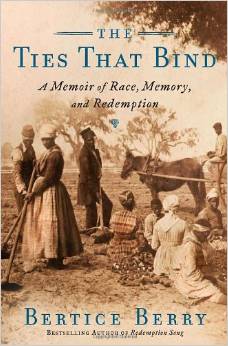 The Ties That Bind: A Memoir of Race, Memory, and Redemption 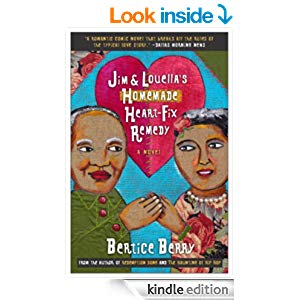 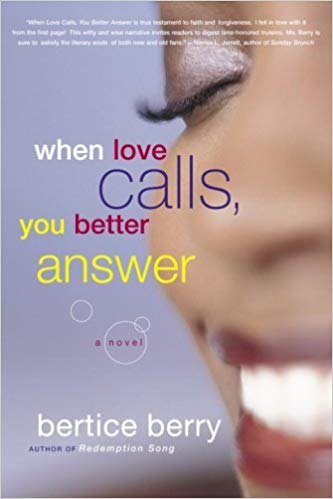 When Love Calls, You Better Answer

She’s got the entire Linkage staff (and hundreds of summit attendees) rethinking the way we spend our lives. It was an honor to bring her to the Women in Leadership Summit, and her remarks changed my mindset about what’s possible when we are not afraid to fail. On a scale of 1 (not valuable) to 4 (extremely valuable), her keynote earned a 3.97. UNBELIEVABLE. We loved her stories, her perspective, her perseverance, and her unparalleled capacity to make us laugh. And that singing voice is AMAZING. Thank you, thank you, thank you. That said, I’d love to bring her to the Linkage Summit on Leading Diversity.

You have passion, talent and I took away from you a feeling of inspiration to do for others and be the best I can in every situation.