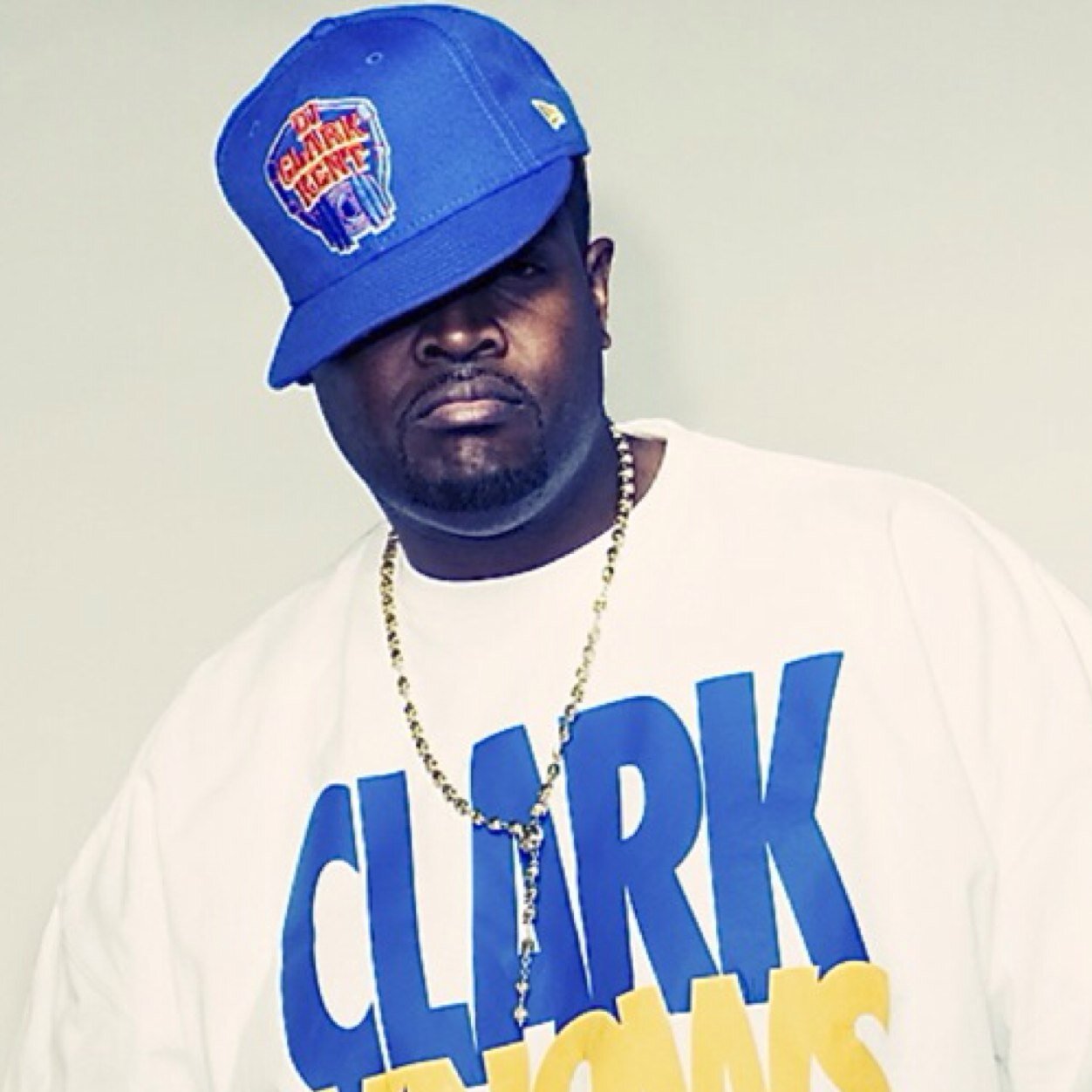 Clark Kent is an hip hop DJ, record producer and music executive of Panamanian descent . His crew of DJs is called “The Supermen”, and his DJ moniker is derived from the name of Superman’s alter ego. In 1989, he produced the remix for Troop’s hit song “Spread My Wings.” Clark scored his first street…

Clark Kent is an hip hop DJ, record producer and music executive of Panamanian descent . His crew of DJs is called “The Supermen”, and his DJ moniker is derived from the name of Superman’s alter ego.

In 1989, he produced the remix for Troop’s hit song “Spread My Wings.” Clark scored his first street hit with the Junior M.A.F.I.A. song “Player’s Anthem” which featured The Notorious B.I.G. and was also the first record that Lil’ Kim appeared on.

The biggest hit he produced was “Loverboy” by Mariah Carey, which peaked at #2 in the US on Billboard’s Hot 100 chart. He also produced tracks for artists such as Lil’ Kim, The Notorious B.I.G., Mad Skillz, Estelle, Lil’ Vicious, Mona Lisa, 50 Cent, Canibus, Slick Rick and Rakim as well as groups such as The Future Sound and Original Flavor, both of which were signed to East West Records and Atlantic Records respectively, both groups having been signed by Clark who was a director of A&R at Atlantic at the time.

In the early 1990s, Clark Kent took over the job of MC for the then-titled New Music Seminar, a battle between the best DJs in hip hop. Renaming it “Clark Kent’s Superman Battle for World Supremacy”, he would go on to host the event for a number of years. One of the most famous battles in this arena was the legendary 1994 match between DJ Noize and DJ 8-Ball, which resulted in a landslide victory for Noize and 8-Ball’s subsequent humiliation. After the last set, Clark Kent is heard telling the crowd “I don’t need to even TELL you all who won!”

Original Flavor, on their single “Can I Get Open”, featured a guest appearance by a then little known rapper named Jay-Z. This would lead to further collaborations between the two, as Franklin would go on to produce three tracks on Jay-Z’s critically acclaimed debut album, Reasonable Doubt. The tracks were: “Brooklyn’s Finest”, which featured Notorious B.I.G., “Coming of Age” and “Cashmere Thoughts.” On his “retirement album” The Black Album, Jay-Z alludes to Clark Kent’s role in helping him break into the industry, in the last song on the album (ironically titled “My 1st Song”). He states: “Clark Kent, that was good lookin’ out, nigga.”

Clark accidentally overheard the then unknown rapper Moses Michael Leviy (AKA Jamal Barrow BKA Shyne) rhyming in a barbershop, who, noting the young MC’s vocal similarity to Notorious B.I.G., steered him towards Combs and Bad Boy.

A Conversation With DJ Clark Kent