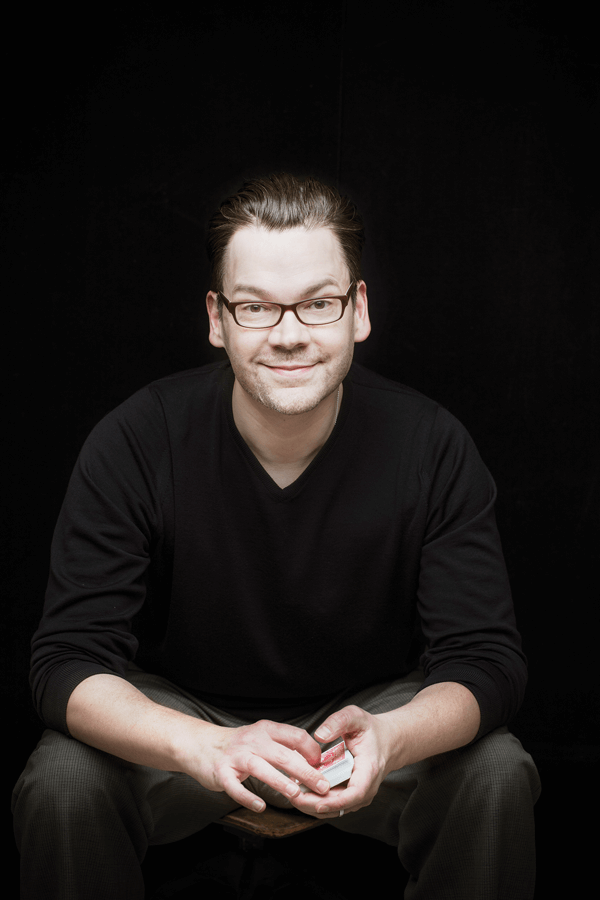 Magician/Comedian Act from Season 10 of America's Got Talent, Derek Hughes is the entertainer who does it all! His show is equal parts Comedy, Magic and Mysticism and 100% incredible!

Derek Hughes is a magician in demand. He’s created original deception for MTV’s Room 401, Justin Willman’s YouTube series Magic Meltdown, and Michael Carbonaro’s hilarious appearances as the Magic Clerk on The Tonight Show with Jay Leno. He was featured as a celebrity magic coach on the VH1 reality series Celebracadabra and appeared on Comedy…

Derek Hughes is a magician in demand. He’s created original deception for MTV’s Room 401, Justin Willman’s YouTube series Magic Meltdown, and Michael Carbonaro’s hilarious appearances as the Magic Clerk on The Tonight Show with Jay Leno. He was featured as a celebrity magic coach on the VH1 reality series Celebracadabra and appeared on Comedy Central’s Gong Show.

However, collaborating on and performing magic for television isn’t his calling card; his primary love is APPEARING LIVE. He believes magic, in it’s purest form, is a live performance experience and that no camera, no matter how high-def, can truly capture and transmit a moment of wonder, or a moment of “WHAT. THE. F*#@!”. He performs regularly at the Magic Castle in Hollywood, California, where he was recently nominated for Parlour Magician of the Year. From being the only magician ever invited to perform at HBO’s prestigious Comedy Arts Festival, to filling in for the legendary Mac King at Harrah’s in Las Vegas, Derek is truly a unique voice in the art of conjuring. His wry sense of humor and mind-blowing magic have made him one of the most sought after entertainers on college campuses across the county.

As an actor, Derek was “Logan,” opposite Jaleel White, on the Paramount situation comedy Grown Ups. In the American remake of the British hit comedy series As If, he played “Jamie”. He appeared in Adam Sandler’s feature film Mr. Deeds and has guest starred on the Warner Brothers series Angel and Nikki, as well as on the CBS hit drama CSI:NY. Derek leads a phenomenal cast, including Rance Howard, Richard Riehle, and Christa Campbell, in the independent feature film Audie and the Wolf, produced by Brooklyn Reptyle Films. This spring he can be seen in an episode of Tosh.O.

Join Derek in the Crimson Room at the illustrious Hotel Casa Del Mar in Santa Monica for his mind blowing new work: INSOMNIA! Loosely inspired by the short fiction of Jorge Luis Borges. INSOMNIA is a comedy and magic experience that explores the line between waking and dreaming.

An Evening With Derek Hughes

Derek Hughes: Comedic Magician Pulls a Card Out of His Butt - America's Got Talent 2015