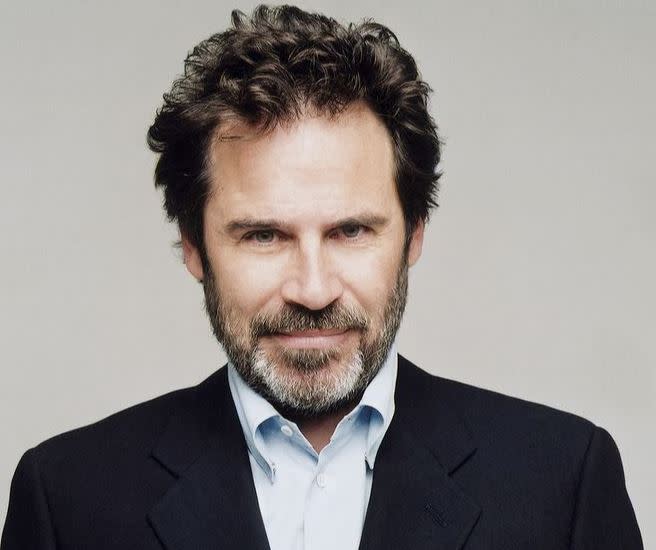 For nearly four decades, Dennis Miller has been entertaining audiences across television, film, and on stages throughout the country with his acerbic wit and trademark “rants” on politics and pop culture. Equal parts comedian and social commentator, Dennis’s scathing-yet-playful perspective reminds audiences not to take themselves (or anyone else for that matter) too seriously. In…

For nearly four decades, Dennis Miller has been entertaining audiences across television, film, and on stages throughout the country with his acerbic wit and trademark “rants” on politics and pop culture. Equal parts comedian and social commentator, Dennis’s scathing-yet-playful perspective reminds audiences not to take themselves (or anyone else for that matter) too seriously. In such polarizing times, his pragmatic take on the world is refreshing. The Hollywood Reporter called his most recent special,” Fake News, Real Jokes” an hour of topical, scathing brilliance [. . .] the most cerebral, astute and clever stand-up ever to put mouth to microphone.”

Miller’s next initiative is an inventive and humorous presentation—in his own words—“America: A Ten Point Plan for a Return to Civility. A how-to on disagreeing in a more agreeable manner. No sturm und drang, no lecturing, no scolding. Quite simply, a perceptive, tangible approach to sharing the sandbox with each other again.”

It’s been said that Dennis Miller is “One of the premiere comedy talents in America today.” While others are blunt assessing Miller’s comedic stature, Dennis himself makes a virtue of understatement, but there is nothing low key about his career.

As Miller is on tour preparing for his new special, you can hear Dennis ranting on his twice-weekly podcast The Dennis Miller Option on Westwood One or his twice-daily syndicated, 60-second radio feature “The Miller Minute.” He was recently featured as a lead ranking comedian by The Hollywood Reporter via social media analytics.

Miller is a five-time Emmy award winner for his critically acclaimed half-hour, live talk show Dennis Miller Live which had a nine-year run on HBO. Miller also garnered three Writer’s Guild of America Awards for the series as well as an additional WGA Award for his 1997 HBO special Dennis Miller: Citizen Arcane. He also wrote and starred in the Emmy-nominated cable comedy special Raw Feed. That show, along with the six other stand-up specials he did for HBO from 1988-2006, are featured in the DVD Box Set “Dennis Miller: The HBO Specials.” This was followed by Dennis’ eighth special for HBO Dennis Miller: The Big Speech in 2010. His most recent stand up special is Fake News, Real Jokes, released by Comedy Dynamics in November 2018.

Dennis has also achieved success in the literary arena with four books, I Rant Therefore I Am, The Rants, Ranting Again, and The Rant Zone—all New York Times bestsellers. For two seasons, Miller called the plays alongside Al Michaels and NFL Hall of Fame quarterback Dan Fouts on ABC’s Monday Night Football. He was also the “Weekend Update” correspondent on Saturday Night Live for six years, before exiting in 1991.

Fans remember Dennis’ Westwood One Radio talk show The Dennis Miller Show as well as his appearances on The O’Reilly Factor and as host and executive producer of CNBC’s Dennis Miller, a topical interview talk show featuring reasoned discourse, opinion and humor. Dennis has also appeared in such films including Disclosure, The Net, Murder at 1600 Pennsylvania Avenue and What Happens in Vegas.

Over the years, Miller has become both a public and critical favorite. The New York Times has said, “Mr. Miller is exquisitely attuned to contemporary foibles…his material can be scathing, his delivery low key…Mr. Miller reaches a bit farther than most comedians for the scorching comment…this smart aleck has an uncommonly sharp eye…” and The Hollywood Reporter called his most recent special, “an hour of topical, scathing brilliance that helps cement Miller’s status as the Lenny Bruce of the new millennium…the most cerebral, astute and clever stand-up ever to put mouth to microphone.”

Dennis is an active member of the Montecito community where he lives with his wife of 30 years, home designer Carolyn, and has raised two millennial sons.a

An Evening with Dennis Miller

A Ten Point Plan For a Return to Civility

Dennis Miller on Being a Conservative Comedian 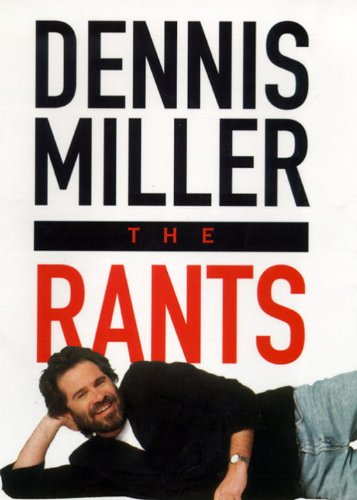 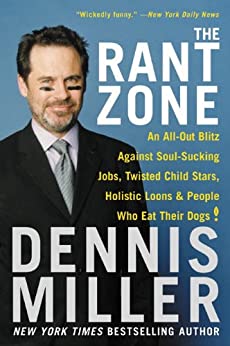 The Rant Zone: An All-Out Blitz Against Soul-Sucking Jobs, Twisted Child Stars, Holistic Loons, and People Who Eat Their Dogs! 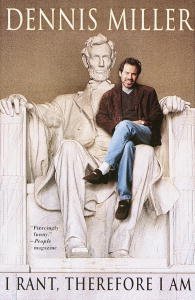 I Rant, Therefore I Am