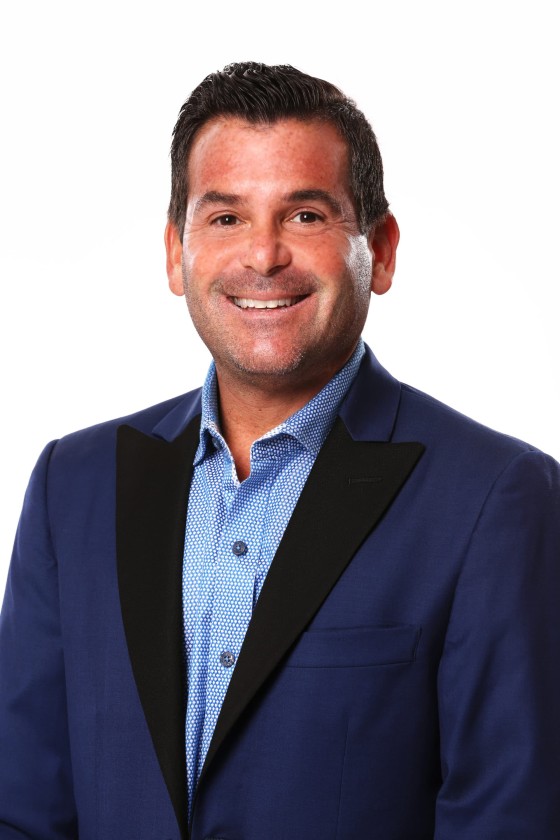 Drawing on his years of experience as President of the Miami Marlins, David Samson shares the practical and often counterintuitive lessons he learned managing a complex organization and its many employees—from the custodial staff to the players themselves.

Drawing on his years of experience as President of the Miami Marlins, David Samson shares the practical and often counterintuitive lessons he learned managing a complex organization and its many employees—from the custodial staff to the players themselves.

Samson takes a special interest in identifying underperformers, whether it be an individual, a project, or an entire organization. He believes that untapped potential can transform any project or organization, if it’s activated by the right kind of leader.

Samson elaborates on the qualities and habits that helped him realize his own potential at a young age and become the leader that he did—defining success for yourself; creating headlines, not letting them create you; getting comfortable with being wrong, and always being open to a better idea; knowing your audience (even if it’s just one person); and maintaining a consistent focus on results, not process. A self-described consequentialist, Samson possesses a keen understanding of who needs to hear what to get the best outcome for everyone involved. Whether speaking to an intimate group of executives or an entire Fortune 500 company, Samson leaves an audience refreshed, invigorated, and ready to become true leaders.

David Samson spent 18 seasons in Major League Baseball, 16 of those as President of the Miami Marlins and 2 as Executive VP of the Montreal Expos. In 2017, he was the second-longest tenured team President in MLB and was one of only seven current Presidents to preside over a World Series champion. He was also a member of the MLB’s Competition Committee and the Diversity & Inclusion Committee.

As Club President, Samson oversaw all aspects of the team’s day-to-day business operations, including sales, marketing, operations and personnel matters.  He also oversaw the successful completion of Marlins Park in Miami. Construction of the baseball-only, retractable roof, air-conditioned facility exceeded all stated goals from local worker participation to local firm involvement and earned Gold LEED certification, making it the greenest ballpark in America and the world’s first-ever retractable roof facility to earn such distinction.

Samson worked closely with Owner and CEO, Jeffrey Loria, on all baseball matters and general corporate strategy. Samson also presided over the Marlins Foundation, which focused its efforts on baseball, arts and educational needs of the South Florida community. The Foundation has distributed over $7.0 million to worthy charities in South Florida since the ballpark gained approval in 2008 and jumpstarted the Marlins’ “Ayudan,” a Corporate Social Responsibility Program that surpassed over 46,000 hours of volunteer service.

Samson was born in Milwaukee, WI, and was raised in New York City. He graduated from the University of Wisconsin-Madison with a bachelor’s in Economics in 1990. He received a Juris Doctor from the Benjamin N. Cardozo School of Law in New York City in 1993 and is a member of the New York State Bar.  Following law school, Samson became President and Founder of News Travels Fast, the first company to deliver the New York Times to Europe on a same-day basis.  In 1996, Samson joined Morgan Stanley, an investment bank in New York City, a position he resigned in 1999 when he joined the Montreal Expos as Executive Vice President.

Among his accomplishments, Samson was named one of Sports Business Journal’s “Forty Under 40” for two years running, 2003-04. Other highlights, in addition to the 2003 World Series Championship, included the Florida Marlins being named South Florida’s No. 1 Film and Entertainment Company of the Year and Baseball America’s Organization of the Year.

On October 21, 2006, Samson became the first active team President to complete the Ford Ironman World Championship Triathlon in Kona, Hawaii.  In addition to swimming 2.4 miles, biking 112 miles, and then running a full marathon, all in 15 hours, 36 minutes, Samson personally raised over $250,000 for the Marlins Foundation, the Challenged Athletes Foundation (“CAF”) and other local Hawaiian charities.

Samson concentrates his charitable efforts on helping underprivileged and sick children experience summer camp and improved education and health care.  In addition, he is a member of CAF‘s Board of Directors.  His vision is to help increase its visibility, thus enabling more physically challenged athletes to compete in triathlons as well as other sports.

In 2010, Samson was named to Benjamin N. Cardozo School of Law’s Board of Overseers and in 2014 he was named Chairman of the Board. As a member of this board he works to continue Cardozo’s renowned clinical programs, as well as the continued growth of its public interest scholarship programs.  He is also on the board and executive council of Yeshiva University. Samson also serves on the Miami Children’s Museum Board of Directors.

On April 27, 2012, Samson ran 52.5 miles from Pompano Beach to Marlins Park to raise funds for 10 “Charities of Choice” to honor the construction workers who made Marlins Park a reality. The run raised over $600,000 through sponsor and individual donations.

In 2014, Samson was one of 18 contestants on the 28th season of Survivor ™.  He is the only active team executive to appear on the show, and one of fewer than 500 people in the United States to be selected to participate.  Samson also starred as Lorne Michaels in the 2014 production entitled “Not Ready for Primetime.” This full-length feature play detailed the beginnings of “Saturday Night Live.”

In 2015, Samson along with owner Jeffrey Loria, worked with Miami-Dade County, City of Miami and City of Miami Beach officials, as well as civic and business leaders to bid for the 2017 All-Star Game. On February 13, 2015, the 10th Commissioner of Baseball, Robert D. Manfred, Jr. awarded the 2017 Midsummer Classic to Miami. In 2017, Marlins Park became the first MLB venue to host both the World Baseball Classic and the All-Star Game in the same year.

In 2016, Samson received The Hope Award, which is the National MS Society’s highest volunteer award at a gala that raised over $600,000.

In 2017, Samson completed the negotiation to sell the Miami Marlins to a group led by Derek Jeter and Bruce Sherman for $1.2B.  Samson acted as Chief Negotiator in the process, working alongside Owner, Jeffrey Loria, and long-time attorney, Wayne Katz.  This competitive bid process was completed in under one year, and even with the very public nature of the transaction, Samson was able to deliver the second highest revenue multiple in Major League Baseball history.

He and his wife, Cindi, a former school director, have been married for 27 years and have two daughters, Hannah and Kyra, and a son, Caleb.

Leading People Exactly Where You Want Them To Go

Motivating People To Accomplish Their Goals—and Yours

Is Being Popular Necessary?

How To Succeed in Business With(out) Really Trying

David Samson Thoughts On Derek Jeter In The Front Office