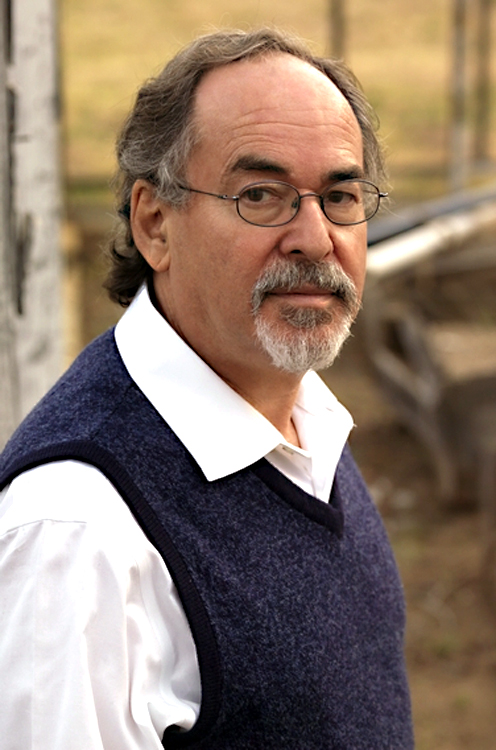 Nationally Known Author and Lifelong Civil Rights Activist; One of the Founders of the New Left

David Horowitz was one of the founders of the New Left in the 1960s and an editor of its largest magazine, Ramparts. He is the author, with Peter Collier, of three best selling dynastic biographies: The Rockefellers: An American Dynasty (1976); The Kennedys: An American Dream (1984); and The Fords: An American Epic (1987). Looking…

David Horowitz was one of the founders of the New Left in the 1960s and an editor of its largest magazine, Ramparts. He is the author, with Peter Collier, of three best selling dynastic biographies: The Rockefellers: An American Dynasty (1976); The Kennedys: An American Dream (1984); and The Fords: An American Epic (1987).

Looking back in anger at their days in the New Left, he and Collier wrote Destructive Generation (1989), a chronicle of their second thoughts about the 60s that has been compared to Whittaker Chambers’ Witness and other classic works documenting a break from totalitarianism. Horowitz examined this subject more closely in Radical Son(1996), a memoir tracing his odyssey from “red-diaper baby” to conservative activist that George Gilder described as “the first great autobiography of his generation.”

Horowitz continued his chronicle of the consequences of radical politics in The Politics of Bad Faith (2000), Hating Whitey (2000), Left Illusions (2003), and The Party of Defeat (2008). His Art of Political War (2000) was described by White House political strategist Karl Rove as “the perfect guide to winning on the political battlefield.” Unholy Alliance (2004) was a prophetic work pioneering the view that the Islamo Fascists are working hand in glove with the secular left. Radicals: Portraits of a Destructive Passion (2012) profiles leftists from Karl Marx to Barack Obama and how their utopian engineering leads to greater human suffering.

In 1988, Horowitz created the Center for the Study of Popular Culture (CSPC) — renamed by its board of directors the David Horowitz Freedom Center (DHFC) in July 2006 — to institutionalize his campaigns against the Left and its anti-Americanism. The DHFC’s mission is to defend the principles of individual freedom, the rule of law, private property, and limited government.  It further seeks to defend free societies in the war against their enemies, and to reestablish academic freedom in American schools.  The DHFC is supported by 100,000 contributors and publishes FrontpageMagazine.com,  an online magazine featuring articles on “the war at home and abroad,” which receives approximately a million visitors per month. Another DHFC website,DiscoverTheNetworks.org, is an encyclopedia of the political Left and its networks.

Horowitz has devoted much of his attention over the past several years to the radicalization of the American university In 2003, he launched an academic freedom campaign to return the American university to traditional principles of open inquiry and to halt indoctrination in the classroom. To further these goals he devised an Academic Bill of Rights to protect students from abusive professors. In the same year Horowitz founded Students for Academic Freedom (SAF), which now has chapters on 200 college campuses. Asserting that, “You can’t get a good education if they’re only telling you half the story,” Horowitz called for inquiries into political bias in the hiring of faculty and the appointment of commencement speakers.

In three years Horowitz’s campaign for academic freedom was able to make intellectual diversity and academic freedom front-burner issues on college campuses across the country. In June 2005, in direct response to his campaign, the American Council on Education, which represents 2000 colleges and universities, called on its members to create grievance procedures for students who were politically harassed by their professors. In July 2005 the Pennsylvania House of Representatives voted 111-87 to create a Select Committee on Academic Freedom, which then held hearings throughout the state, which lasted until June 2006. On July 19, 2006, the Temple University board of trustees adopted a new policy, which gave students academic freedom rights – the first university to do so.

Horowitz has chronicled the radicalization of the American university and the way indoctrination has replaced education in five books: Uncivil Wars(2003); The Professors: the 101 Most Dangerous Academics in America (2006); Indoctrination U. (2008);  One Party Classroom (2009) and Reforming Our Universities (2010). David’s most recent book is The Black Book of The American Left (2013).

Cultural critic Camille Paglia has said of David Horowitz: “I respect the astute and rigorously unsentimental David Horowitz as one of America’s most original and courageous political analysts. . . . As a scholar who regularly surveys archival material, I think that, a century from now, cultural historians will find David Horowitz’s spiritual and political odyssey paradigmatic for our time.”

Norman Podhoretz, former editor of Commentary magazine, says of Horowitz: “He differs from some of the other ‘second-thoughts’ generation in having pulled no punches and in having broken more decisively than some of them with left-wing pieties — whether liberal or socialist. . . . David Horowitz is hated by the Left because he is not only an apostate but has been even more relentless and aggressive in attacking his former political allies than some of us who preceded him in what I once called ‘breaking ranks’ with that world. He has also taken the polemical and organizational techniques he learned in his days on the left, and figured out how to use them against the Left, whose vulnerabilities he knows in his bones. (That he is such a good writer and speaker doesn’t hurt, either.) In fact, he has done so much, and in so many different ways, that one might be justified in suspecting that ‘David Horowitz’ is actually more than one person.”

Henry Mark Holzer, a libertarian lawyer who has represented Soviet dissidents fleeing Communism for freedom in the West, has given expression to sentiments shared by many of Horowitz’s supporters among conservatives: “I don’t say loosely that someone is a hero. But in my view, David Horowitz fits the definition of that term. He is a man who has stood up, and for a long time stood up alone, for his values.”

David Horowitz has spoken at over 300 colleges and universities and continues to visit more than 30 campuses a year. He has appeared on Nightline, Crossfire, Today, Hannity and Colmes, the O’Reilly Factor, Good Morning America, C-SPAN, CNBC, Fox News Channel and MSNBC. He gives hundreds of interviews yearly on radio and television.

A Conversation With David Horowitz 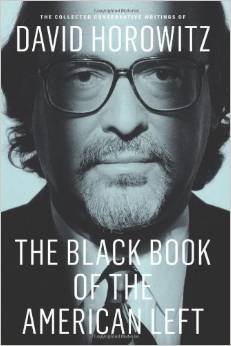 The Black Book of the American Left: The Collected Conservative Writings of David Horowitz