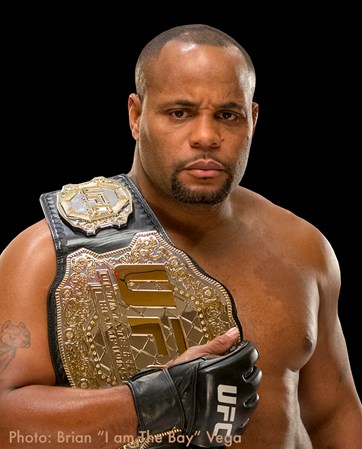 Daniel is one of the most decorated fighters in UFC history. A former two-division world champion, DC held the heavyweight and light heavyweight world championships simultaneously. He is also an accomplished Olympian and former All-American at Oklahoma State.

Cormier is the head wrestling coach at Gilroy High School, having been appointed in the summer of 2018. Cormier made his film debut in 2014, playing himself in the 2014 comedy Mantervention. In February 2015, Cormier starred in the videoclip All About That Cake, a parody of All About That Bass, to promote the 2015 World MMA Awards. In January 2018, he was featured on an episode of Sneaker Shopping on the YouTube channel Complex.

In February 2019 he featured in “Sub-Zero’s Head Shatter”, the first episode of the YouTube series “The Science of Mortal Kombat” by Because Science. Cormier is known for being a dedicated fan of the New Orleans Saints and professional wrestling.

An Evening With Daniel Cormier

The DC Check-In With Francis Ngannou Pt. 2 of 2