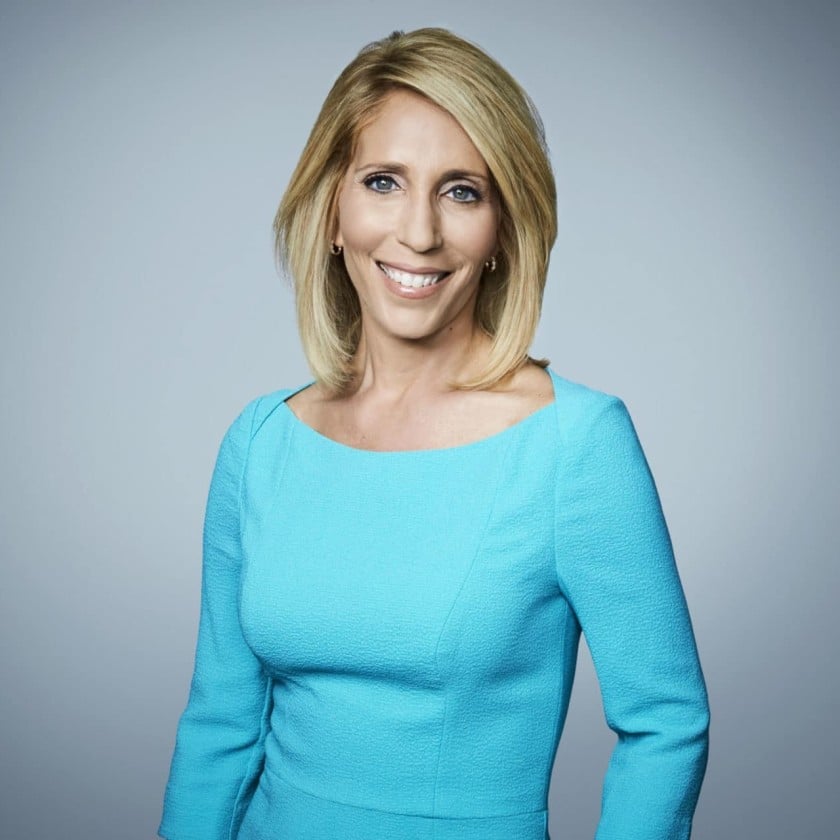 With almost two decades covering domestic politics for CNN, few can rival Dana Bash’s acumen of national politics. A shrewd observer of all things Washington, Dana leaves audiences informed and engaged on topics as far ranging as the national political mood, women in politics and her own connection to Judaism. Dana also brings her extensive…

Dana Bash is CNN’s chief political correspondent based in Washington, D.C. and serves as the network’s lead reporter covering both the U.S. House of Representatives and the U.S. Senate. She was the primary reporter covering the 2016 Republican field of presidential candidates and also continues to regularly serve as a moderator for CNN’s political town hall specials.

Additionally, Bash played a key role in CNN’s 2016 presidential primary debates, serving as a questioner in six of the network’s seven primetime primary debates on both sides of the aisle. Bash also serves as a co-anchor on set in the CNN Election Center for all election night specials and is the primary fill-in anchor for Jake Tapper on CNN’s premier political show, State of the Union.

Covering elections for CNN since 2000, Bash has interviewed the majority of candidates and often their spouses, reported from the war rooms of the RNC, DNC and CNN’s Election center in Washington, reported from the field and inside voting centers on primary and caucus nights. She was pivotal to CNN’s Emmy award-winning election night coverage in 2012, breaking down key congressional races.

Bash also continues to be instrumental to the network’s Capitol Hill coverage. In 2015, she broke news on live television that House Majority Leader Kevin McCarthy would not be running for Speaker of the House and also conducted Speaker John Boehner’s final interview on his last day in office. Bash also served as the lead correspondent covering former Secretary of State Hillary Clinton’s 11-hour testimony before the House Select Committee on Benghazi.

Bash was essential in explaining many of the congressional breaking news stories of 2013 from the fiscal cliff to the government shutdown. Bash secured several key interviews throughout the past year, including a television-exclusive with Sen. Rob Portman (R-Ohio) to talk about his gay marriage reversal, her groundbreaking interview with former Rep. Gabrielle Giffords (R-Ariz.) and her husband Mark Kelly in Arizona, and the first interviews with Sen. Rand Paul (R-Ky.) and Sen. Ted Cruz (R-Texas) after each member’s Senate filibuster.

In 2012, Bash was part of the duo to win the Joan S. Barone Award for excellence in congressional reporting on a STOCK Act loophole that could have allowed family members of lawmakers to profit from insider information on trades. She earned the prestigious Everett McKinley Dirksen for Distinguished Reporting of Congress Award from the National Press Foundation an unprecedented three times, most recently for her 2012 reporting on a STOCK Act loophole. Her reporting resulted in Congress passing legislation to close the loophole in August.

Bash was a key player in the network’s America’s Choice 2012 election coverage, reporting from the field and inside voting centers across the country on primary and caucus nights. She was also pivotal to CNN’s Emmy award-winning election night coverage, breaking down the key congressional races.

As a member of the Peabody Award-winning team for the network’s America Votes 2008 coverage, Bash covered the candidates on the trail and was the network’s primary reporter on Republican presidential nominee Sen. John McCain’s campaign. During the course of the long primary campaign, Bash also interviewed the major Republican contenders and broke a number of stories, including Gov. Mitt Romney’s decision to suspend his campaign.

Prior to covering Congress and the 2008 campaign, Bash reported as CNN’s White House correspondent from the nation’s capital and from various locations around the world during President George W. Bush’s administration. Bash has reported on major stories including Hurricane Katrina, the CIA leak investigation, and the capture of Saddam Hussein. She was instrumental in CNN’s 2006 mid-term election coverage and the 2004 presidential campaign.

Before her on-air position with the White House unit, Bash was the Capitol Hill producer for CNN, where she had primary editorial and newsgathering responsibility for the network’s coverage of the U.S. Senate. She covered every major story on Capitol Hill, including the Republican dominance in the 2002 elections, the war on terrorism, campaign finance reform, the Florida recount and the impeachment of former President Bill Clinton. Frequently cited on-air by anchors and reporters, she also provided live reporting during the evacuation of the Capitol in the days after the Sept. 11, 2001 attacks.

In 2002, she broke the story of the government’s secret intercepts of Al Qaeda translations on Sept. 10, 2001, for which she received her first Everett McKinley Dirksen for Distinguished Reporting of Congress Award from the National Press Foundation.
In 2000, she covered the presidential primaries, including those in Iowa and New Hampshire, traveling extensively with former Vice President Al Gore, Sen. Bill Bradley and other presidential candidates. She also helped coordinate coverage for both the Republican and Democratic vice presidential selections.

Previously, Bash was an editor in CNN’s Washington bureau, where she helped plan and coordinate the network’s coverage of Capitol Hill, the State Department and key issues such as Medicare and Social Security. Bash also served as a producer on several of the network’s public affairs shows, including Late Edition with Frank Sesno, Evans & Novak and Inside Politics Weekend with Wolf Blitzer, producing long-form live interviews with heads of state, lawmakers and other newsmakers.

An Evening with Dana Bash