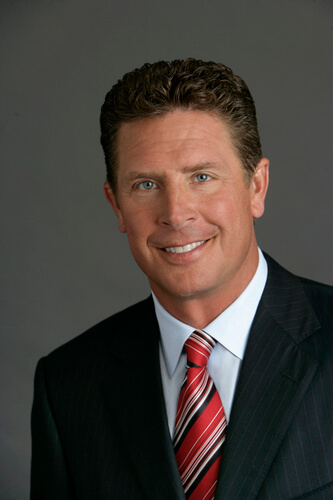 Success in business, as on a football field, starts with leadership and productivity — two areas in which Dan Marino ranks second to none. He was the undisputed field general of the Miami Dolphins for 17 seasons and, in the process, generated spectacular numbers that carried directly to the bottom line of winning. Thanks to…

Success in business, as on a football field, starts with leadership and productivity — two areas in which Dan Marino ranks second to none. He was the undisputed field general of the Miami Dolphins for 17 seasons and, in the process, generated spectacular numbers that carried directly to the bottom line of winning. Thanks to his achievements en route to becoming the NFL’s all-time career passing leader, Dan Marino is a household name. His current roles as analyst for CBS Sports and host of HBO’s Inside the NFL, have only enhanced his stature and visibility in the national media. As a result, businesses around the country are learning what South Florida has known for years. Dan Marino embodies a winning combination of leadership, competitive spirit, and strength of character with which anyone would be proud to associate.

Dan Marino, NFL legend, was inducted into the Football Hall of Fame on August 7, 2005. Marino played for the Miami Dolphins in the NFL Football League and is widely recognized as one of the greatest quarterbacks in football history. His one time coach, Don Shula, said of Marino, “To me, Dan is the greatest competitor among the over 2,000 athletes I have ever coached”.

Dan Marino rewrote the National Football League record book in his 17-year career, setting career records for passing yards (61,361), completions (4,967), and touchdown passes (420), and earning nine Pro Bowl berths. Dan Marino, Jr. was born September 15, 1961 in Pittsburgh, Pennsylvania. He attended Pittsburgh Central Catholic High School in Pittsburgh where he also starred in baseball and won Parade All-American honors in football. He was drafted by the Kansas City Royals baseball team in 1979 amateur draft, but decided to play college football instead. He played college ball at the University of Pittsburgh from the 1979 to 1982 seasons. His college career was impressive and in 2002 he was voted into the College Football Hall of Fame. He was a first round draft pick of the Miami Dolphins in 1983 and became an instant NFL sensation. His 17-year career set the standard for quarterback excellence with his never-quit style of play. He holds 25 NFL regular season records and is tied for five others. In the 1984 season alone, he completed an incredible 48 touchdown passes. He positioned the Dolphins as perennial championship contenders, playing in 18 post-season playoff games and leading the club to the Super Bowl in 1985 against San Francisco. He retired at the end of the 1999 season.

In 1992, Marino and his wife, Claire, established The Dan Marino Foundation, after their son, Michael was diagnosed with autism. The foundation has distributed over $7 million to research, services and treatment programs serving children with neurodevelopment disabilities. On November 7, 2005, the National Basketball Association’s Miami Heat honored Marino’s charitable works and recognized his service to South Florida with a halftime tribute, including a large donation to The Marino Foundation.

Dan is now a commentator for both CBS’s “The NFL Today Show” and HBO’s “Inside the NFL”, during the football season.

His media credits also include acting in the 1994 comedy “Ace Ventura: Pet Detective” alongside Jim Carrey and Courteney Cox, as well as making a cameo appearance in the Adam Sandler film “Little Nicky” where he asks Satan for a Super Bowl ring. He has also guest-starred as himself in The Simpsons episode “Sunday, Cruddy Sunday” (first aired January 31, 1999).

A Conversation With Dan Marino