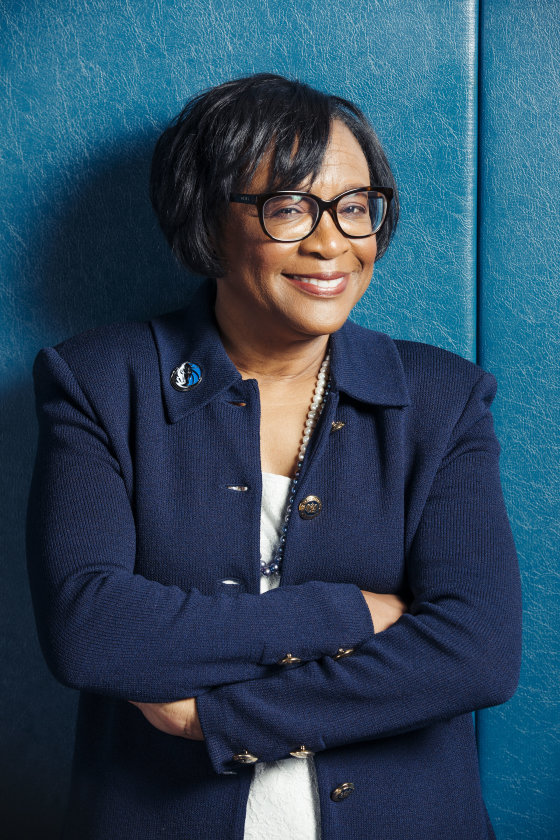 Cynt Marshall has been a dynamic force for inclusion and diversity within the Mavericks organization and over a 36-year career at AT&T. Widely recognized for her visionary leadership and ability to get things done, Marshall was touted as one of Adweek’s 30 Most Powerful Women in Sports and was selected as one of the 2019…

Cynt Marshall has been a dynamic force for inclusion and diversity within the Mavericks organization and over a 36-year career at AT&T. Widely recognized for her visionary leadership and ability to get things done, Marshall was touted as one of Adweek’s 30 Most Powerful Women in Sports and was selected as one of the 2019 Women of Power Legacy Award honorees by Black Enterprise.

When Marshall was hired as new, the CEO of the Mavs in March 2018, she set her sights on a culture transformation. Her vision was for the Mavericks organization to become the NBA standard for inclusion and diversity and bringing transparency, trust, and her values-based leadership style that evolved the company culture in her first 100 days.

Marshall has also been an undeniable change agent for women’s empowerment. Her “HASU” philosophy (Help A Sister Up) is a cornerstone of many of her speeches to women and youth. She offers 8-time tested rules for the road to success. Her own upbringing had challenges that she was able to overcome through the investment others made in her wellbeing and upbringing. Marshall is relentlessly committed to providing that same support.

Cynt Marshall, the Outspoken Expert on Leading With Values