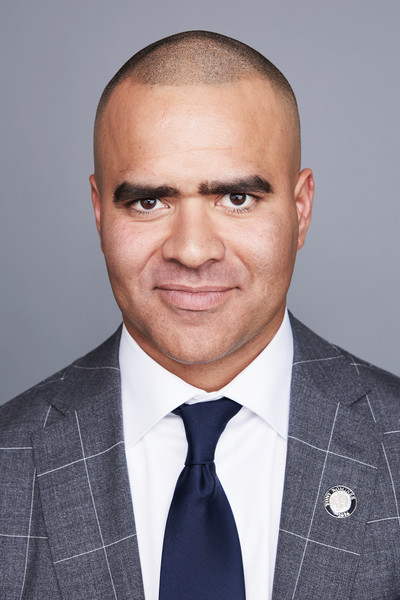 Christopher Jackson is an American actor, musician, composer, and lyricist from Cairo, Illinois. In 2015 Jackson originated the role of President George Washington in the musical Hamilton on Broadway, which won a Grammy Award for best cast album. He was also nominated for a Tony in 2016 for his performance as Washington. Jackson has previously…

Christopher Jackson is an American actor, musician, composer, and lyricist from Cairo, Illinois.

In 2015 Jackson originated the role of President George Washington in the musical Hamilton on Broadway, which won a Grammy Award for best cast album. He was also nominated for a Tony in 2016 for his performance as Washington. Jackson has previously performed on Broadway in In the Heights, Bronx Bombers, After Midnight, The Lion King, Holler If Ya Hear Me, and Memphis.

Jackson’s film and TV work includes Tracers, The Good Wife, Person of Interest, A Gifted Man, and Nurse Jackie. Jackson is also a member of hip-hop group Freestyle Love Supreme. He has been nominated for three Emmy Awards for composing music and lyrics for television, winning the “Outstanding Original Song” Award in 2011 for his lyrics to “What I Am,” which he co-wrote for Sesame Street with Bill Sherman.

Before the first run-through of the Off-Broadway production of In the Heights, Jackson learned that his son had been diagnosed with autism. With his wife, he is an advocate for the organization Autism Speaks.

A Conversation With Christopher Jackson

One on One: Christopher Jackson of HAMILTON