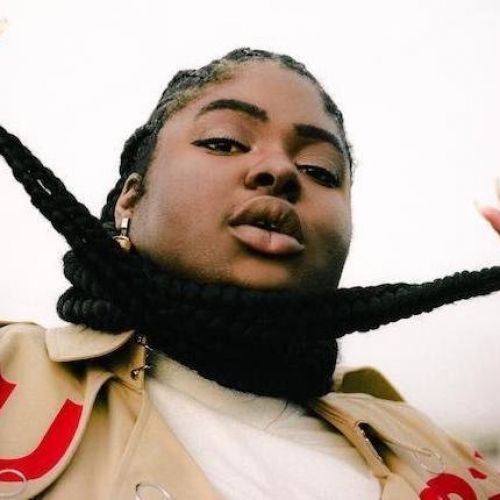 At 24-years-old, CHIKA has established a track record of actively using her platform to advocate inclusivity and challenge societal norms regarding race, gender, mental health, and body image

At 24-years-old, CHIKA has established a track record of actively using her platform to advocate inclusivity and challenge societal norms regarding race, gender, mental health, and body image. She opted to kickstart her career on the mic instead of enrolling in the Berklee College of Music. The risk paid off. After starring as the face of Calvin Klein’s #MyCalvin campaign, she introduced her signature style on her 2019 single “High Rises.” Cardi B championed her, and Lena Waithe welcomed her to perform on Jimmy Kimmel LIVE! Recently, LeBron James enlisted the lyricist to perform her single “CROWN” on his Graduate Together TV special for high school seniors. CHIKA has garnered widespread acclaim from Billboard, TIME, Out Magazine, XXL, Newsweek, i-D, V Magazine, them., Essence, C.R. Fashion Book, NYLON, and Teen Vogue (where she graced the cover). Chika was also VEVO’s 2020 DSCVR Artist and received a GRAMMY® nomination for “Best New Artist” after dropping her critically praised debut EP Industry Games. She was also selected for XXL’s coveted 2020 Freshman List and lent her talents to Netflix’s Project Power. In addition to acting in a cast that includes Jamie Foxx and Joseph Gordon-Levitt, Chika contributed an original song, the rousing “My Power.” CHIKA started off 2021 dropping her latest EP, Once Upon A Time.

An Evening With Chika