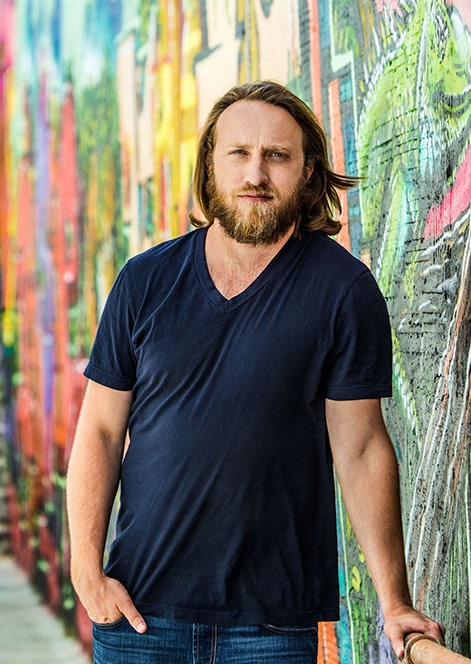 His career is the story legends are made from. Media Maven Chad Hurley is the co-founder and former CEO of YouTube, the world’s largest and most popular video sharing site and the third most visited website in the world. Soon after selling YouTube, Chad co-founded AVOS Systems, which is committed to creating platforms and building…

His career is the story legends are made from. Media Maven Chad Hurley is the co-founder and former CEO of YouTube, the world’s largest and most popular video sharing site and the third most visited website in the world. Soon after selling YouTube, Chad co-founded AVOS Systems, which is committed to creating platforms and building products that enable individuals to utilize their time more efficiently in their everyday life. Recently AVOS has secured financing from New Enterprise Associates and Google Ventures, with participation from Madrone Capital and China-based incubator Innovation Works. The company is responsible for powering the web and mobile applications MixBit, Delicious, and Wanpai.

The same curiosity that drove the success of YouTube drives Hurley now. He is continually challenging his own boundaries. He says about MixBit, which allows users to collaborate on the video editing process: “It’s not good enough. What we’ve been working on is just a feature on top of Google or Facebook. You need to do something drastically better or drastically different to break out.”

Chad Hurley continues to be one of the most significant players contributing to catalytic changes in the world of business and technology. Hurley knows how to make media magic and he shares those lessons from Silicon Valley at the lectern. Hurley provides insights about the rise of YouTube and managing its meteoric growth. Hurley offers a futurist perspective into the ever-evolving landscape of emerging technology, the shifting paradigm of media production and distribution and how YouTube continues to evolve in order to stay on top.

When terms like “game-changer,” “status quo disrupter,” and “new standard,” are tossed around, simply put they are describing Chad Hurley.

Hailed as one of the members of the PayPal “mafia”, Hurley started at PayPal during the heyday of the dot-com era. This Silicon Valley pioneer did not earn his pedigree from an Ivy League. In fact, he boasts of only one semester of computer science. Instead, six years at PayPal, letting curiosity lead the process and being committed to creating his own path led him to his next company – YouTube. The media giant was created in 2005 when Chad, along with fellow colleagues Steve Chen and Jawad Kim, left the PayPal team at eBay to forge ahead on their own.

The media platform which is simultaneously a website, a brand, and a verb, is estimated to attract over 1 billion unique users watching over 6 billion hours of video each month, with 80% of its traffic coming from outside the U.S. Approximately 100 hours of new video are uploaded to YouTube every minute—a rate that shows more content is being uploaded in a month that the sum of all content created by the three U.S. networks their first 60 years.

The team grew the company into the world’s leading video sharing platform and in October of 2006, Chad and his partners sold YouTube to Google for $1.6 billion, marking one of the most significant transactions in Internet history. In June 2006, Chad was named 28th on Business 2.0’s “50 People Who Matter Now” list. Hurley stepped down as YouTube CEO in 2010 and has since returned as company advisor.

A Conversation with Chad Hurley

Lessons From the Valley

Set Your Own Path