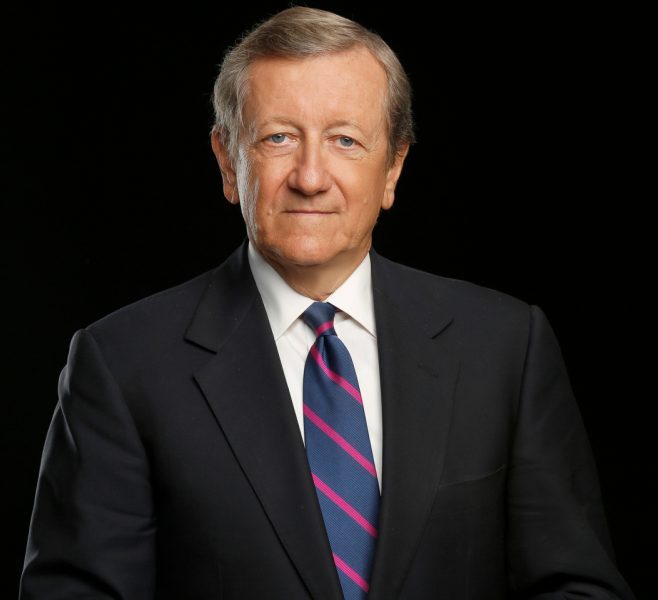 Brian Ross is one of the most honored and respected journalists in the country. As ABC News’ Chief Investigative Correspondent, he reports extensively for “World News with Charles Gibson,” “Nightline,” “Good Morning America” and “20/20,” as well as for ABC News Radio and ABCNEWS.com. Ross joined ABC News in July 1994. Through his investigative reports,…

Brian Ross is one of the most honored and respected journalists in the country. As ABC News’ Chief Investigative Correspondent, he reports extensively for “World News with Charles Gibson,” “Nightline,” “Good Morning America” and “20/20,” as well as for ABC News Radio and ABCNEWS.com. Ross joined ABC News in July 1994.

Through his investigative reports, Ross has exposed corruption at all levels of government, changed domestic laws and prompted reforms abroad. He and his team most recently made headlines with their groundbreaking reports on auto company CEOs who flew in private jets to ask for public money in Washington.

In 2006 Ross broke the Mark Foley-congressional page scandal for ABC News, reporting the first details on The Blotter on ABCNEWS.com. Within a day of being questioned by ABC News, the congressman had resigned. Ross has received numerous honors for his reporting on this story, including an Emmy Award, a Peabody Award, a USC Annenberg Walter Cronkite Award, an IRE Award, the 2007 National Headliner Award for Television Affiliated Online Journalism and the Online News Association Journalism Award.

Ross received the 2007 Edward R. Murrow Award for investigative reporting for a two-part “20/20” investigation into retail pharmacy errors, focusing on Walgreens drugstores. He was also honored with a 2007 Business Emmy for his work exposing corruption on the West Virginia State Supreme court. Also among his work is a three-part series on the existence of secret CIA prisons in Eastern Europe, where top al Qaeda figures were held. The exclusive investigation, which aired on “World News” and “Nightline,” garnered a 2005 George Polk Award, the fifth time he has won the award in his career.

Ross was honored with the 2005 Outstanding International Investigative Reporting Award by the Center for Public Integrity for his “20/20” story that revealed sexual misconduct by U.N. peacekeepers in the Democratic Republic of Congo. His noted investigation into whether American authorities could stop a shipment of radioactive material from entering the country earned him his third duPont Award, one of the most prestigious honors in journalism.

During the 2008 political season, Ross’ “Money Trail” series investigated the nexus of corporate money and politics, focusing on the corporate presence at the 2008 Democratic and Republican National Conventions. He and team first launched the award-winning series at the 1996 conventions.

Following September 11, Ross and the Investigative Unit broke numerous stories about the investigation into the terrorist attacks and anthrax letters. Among several exclusive reports, he was the first reporter to name Mohammed Atta and describe him as the ringleader of the World Trade Center and Pentagon attacks. He was also the first to report on Zacarias Moussaoui’s alleged role in the attacks and his questioning by the FBI prior to September 11. His “Primetime Thursday” story about the hijacking of United Airlines Flight 93 featured the first airing of transmissions between the plane’s cockpit and air traffic controllers.

In addition to filing for all ABC News broadcasts, Ross files reports for ABC News Radio which are available to 2,500 affiliates around the country. He also reports throughout the day for the Investigative Unit’s web column, The Blotter, on ABCNEWS.com. Since launching in April 2006, The Blotter has become one of the most popular destinations on ABCNEWS.com. Ross also anchors a weekly investigative webcast that is available online and via iTunes.

Prior to joining ABC News, Ross worked for 20 years at NBC News, reporting for the “NBC Nightly News” and “Dateline NBC.” In an award-winning two-part report for “Dateline NBC” in 1992, he exposed Wal-Mart’s use of child labor in overseas sweatshops to provide clothing for their “Buy American” campaign. He also broke stories on French intelligence spying on American businessmen, and was the first reporter to track down the fugitive Marc Rich at his Saint Moritz hideaway.

Ross began his professional career in 1971 as a reporter at KWWL-TV in Waterloo, Iowa. He later worked at WCKT-TV in Miami and WKYC-TV in Cleveland. He is a graduate of the University of Iowa.

A Conversation With Brian Ross

Brian Ross: Behind the Headlines - Conversations from Penn State