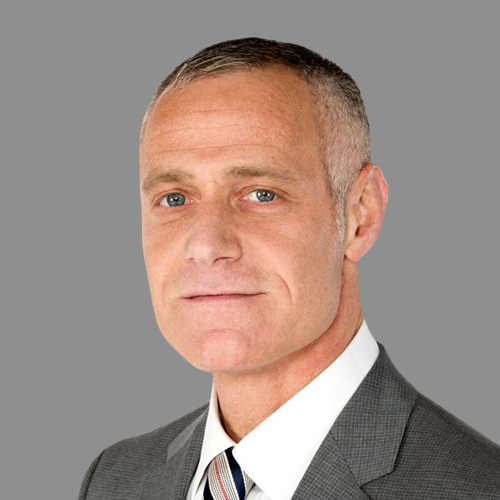 As the Chief Executive Officer of Brooklyn Sports & Entertainment, Brett Yormark oversees the business enterprise that manages and controls the Brooklyn Nets, Barclays Center, the New York Islanders business operations, the new Nassau Veterans Memorial Coliseum, and the Nets’ Development League affiliate, the Long Island Nets. Yormark is a member of the Board of…

Yormark is a member of the Board of Advisory Directors for both the Brooklyn Nets and Barclays Center. Alongside Charlie Walk of the Republic Group, Yormark co-founded the BSE Advisory Board, which provides strategic guidance and supports development initiatives and unique content opportunities for Barclays Center.

Since its grand opening in September 2012, Yormark has had oversight for all facets of Barclays Center, including operations, event programming, sales, and marketing. In January 2007, Yormark secured a 20-year strategic marketing partnership with Barclays, which includes the naming rights to Barclays Center.

Yormark oversaw all aspects of the Nets’ move to Barclays Center in Brooklyn in 2012, including the rebranding, marketing, and sponsorship sales. Since he joined the Nets in 2005, Yormark’s mission has been to make it the most accessible, inventive, fan-friendly, and community-active team in sports.

In leading the team’s relocation and marketing campaign, Yormark developed and transformed the Nets brand from a traditional sports team to a trendy lifestyle brand, revolutionizing the public appeal through marketing, partnerships, and public relations efforts. In the 2012-13 season, the team’s first in Brooklyn, the Nets reached the top five in merchandise sales at the NBA Store and on NBAstore.com, after the team was last in the league in merchandise sales during its final season in New Jersey.

Yormark and the Nets’ marketing team created and introduced the team’s successful “Hello Brooklyn” campaign, a multifaceted marketing campaign that built a connection between the borough and its new home team, and captured the attitude, pride, and history of Brooklyn. #hellobrooklyn was seen by 25 million Twitter users on April 30, 2012, the launch day of the Brooklyn Nets brand. Yormark was also instrumental in arranging for the unique black-and-white color scheme of the Brooklyn Nets, which became the first team in the NBA to wear the color combination.

Yormark was also instrumental in facilitating the move of the New York Islanders to Barclays Center in October 2015, and spearheads the team’s marketing, ticket and sponsorship sales, and in-game experience.

In keeping with his goal to bring the best programming to Barclays Center, Yormark has secured high-profile programming alliances with the industry leaders in concerts, professional boxing, top college basketball, and family shows. Some of the programming alliances have included Live Nation for concerts, Feld Entertainment for family shows such as Ringling Bros. and Barnum & Bailey Circus and Disney on Ice, and dick clark productions, which broadcasted worldwide Barclays Center’s renowned New Year’s Eve concerts on ABC’s Dick Clark’s Rockin’ Eve with Ryan Seacrest.

In fall 2015, Yormark oversaw a partnership with TIDAL to become the title sponsor of Barclays Center’s theater. Yormark also secured an alliance with Billboard to unveil the Billboard Lounge, an exclusive lounge area situated on the arena’s event level.

Furthermore, in fortifying Barclays Center as the center of boxing in the country, Yormark helped bring several nationally televised Premier Boxing Champions events to the venue in 2015 and 2016. Overall, Barclays Center has hosted more than 130 fights and dozens of world championship bouts. In further diversifying its BROOKLYN BOXING platform, BSE launched an apparel line featuring activewear and lifestyle apparel, and named Brooklyn native and WBA world middleweight champion Daniel Jacobs as the face of the brand.

In addition, Yormark was influential in negotiating a partnership with Tribune Media’s New York television station, PIX11, which now has New York’s only Brooklyn bureau, headquartered inside the arena where it broadcasts live daily.

In 2013, Yormark was instrumental in securing the winning bid for BSE to renovate and operate the new Nassau Veterans Memorial Coliseum on Long Island. Upon completion of renovations in spring 2017, the venue will host world-class sports and entertainment events.

Yormark joined the Nets after a successful six-year period with NASCAR, for which he helped build the stock-car racing company into a major sports property. As vice president of corporate marketing in 2003, he oversaw a $750 million deal with Nextel Communications — changing the name of stock car racing’s premier circuit to the NASCAR Nextel Cup — at the time the largest sponsorship agreement in the history of American sports.

Yormark has been named the maximum three times to the “Forty Under 40” list by Sports Business Journal and was selected twice to the “40 Under 40” list by Crain’s New York Business. In 2013, Yormark was honored by March of Dimes with the “Sports Leadership Award.” He has been profiled in Newsweek, Fortune, Sports Illustrated, Gotham, Hamptons, Success, The New York Times, and USA Today, and on CBS Sunday Morning, CNN, and CNBC.

Yormark sits on the board of the City Parks Foundation and NYC & Company. He is the proud father of Madison, 15, and Drake, 12, and is married to Elaina Scotto.

A Conversation With Brett Yormark