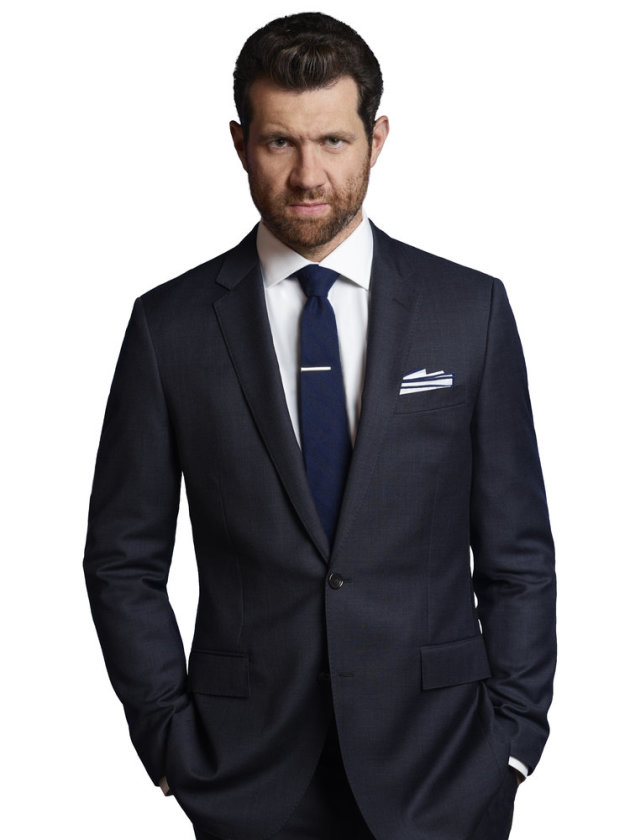 In 2019, Billy Eichner was seen in two Disney features. He voiced the character of Timon in Jon Favreau’s highly-anticipated live action remake of The Lion King opposite Donald Glover, Beyoncé Knowles, and James Earl Jones. Eichner also stars opposite Anna Kendrick, Bill Hader, and Shirley MacLaine in the Christmas film Noelle, the story of…

Actor, comedian, and writer, Billy Eichner is a multifaceted force to be reckoned with.

In 2019, Eichner was seen in two Disney features. He voiced the character of Timon in Jon Favreau’s highly-anticipated live action remake of The Lion King opposite Donald Glover, Beyoncé Knowles, and James Earl Jones. Eichner also stars opposite Anna Kendrick, Bill Hader, and Shirley MacLaine in the Christmas film Noelle, the story of Santa’s daughter who has to take over the family business. Directed by Marc Lawrence, the film was released in November 2019.

Upcoming, Eichner co-wrote and will star in an Untitled Romantic Comedy for Universal Pictures. The film will be directed, co-written and co-produced by Neighbors director Nick Stoller, and Judd Apatow will serve as a producer under his Apatow Productions Banner. The film centers around two men who have commitment problems and are attempting a relationship.

Billy on the Street, Eichner’s critically-acclaimed series, partnered with Lyft for its sixth season. The series has garnered over 50 million views online. In 2018, the show was nominated for a Primetime Emmy® in the category of “Outstanding Variety Sketch Series.” This was the second Primetime Emmy nomination for the series, which was also nominated for Outstanding Short-Format Live-Action Entertainment Program in 2015.

Billy on the Street is a variety sketch series that follows the unfiltered and unapologetic comedian as he hits the streets of New York City. Eichner tests unsuspecting passersby and celebrity guests in a wild variety of games and sketches that satirize our current cultural and political obsessions. Notable guests include Michelle Obama, Tina Fey, David Letterman, Chris Pratt, Julianne Moore, Will Ferrell, Emma Stone, Tiffany Haddish, Jon Hamm, Lupita Nyong’o, John Oliver, Seth Rogen, James Corden, Stephen Colbert and the Muppets from Sesame Street, among many others. Standout games from the series include “Immigrant or Real American?” in which a passerby must identify from Eichner’s rapid-fire list of celebrities who were born in the USA and those who immigrated here, “Super Sloppy, Semi-Automatic Double Dare” with Keegan-Michael Key, in which Eichner takes Key on a tour through the United States to see how many guns he can legally acquire before time runs out, and “Escape Margot Robbie’s Moment” with Rachel Dratch. The past five seasons of Billy on the Street are now streaming on Hulu.

In February 2018, Eichner partnered with Funny or Die to launch “Glam Up The Midterms,” a campaign that encouraged and energized young people to vote during the November 2018 midterm elections. With a mission to save democracy one vote at a time, “Glam Up The Midterms” sought out do the unthinkable – that is to leave Hollywood – and focus on America’s most competitive congressional districts, engaging youth participation through online video, social media activations, and localized live comedy events.

Eichner’s film credits include the Universal Pictures sequel Neighbors 2: Sorority Uprising with Zac Efron and Seth Rogen and the Sony Pictures animated film adaptation The Angry Birds Movie. Both films were released in May of 2016.

The actor first became known for his viral online Billy On the Street videos, and as the host and writer of the acclaimed stage show, Creation Nation: A Live Talk Show, which The New York Times called a “late night theatrical phenomenon.” A perennial talk show guest, Eichner has appeared on The Late Show with Stephen Colbert, Ellen, Late Night with Seth Meyers, The Tonight Show starring Jimmy Fallon, Jimmy Kimmel Live!, Late Show with David Letterman, Conan, Watch What Happens Live, Last Week Tonight with John Oliver and The Today Show among others.

An Evening with Billy Eichner

Billy on the Street with CHRIS EVANS!!! (And surprise guests!)

Billy on the Street: Best Moments