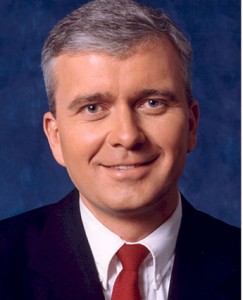 Bill Sammon is FOX News Channel’s vice president of News and Washington managing editor. Prior to joining FNC in 2008 as Washington deputy managing editor, Sammon spent two years as senior White House correspondent for The Washington Examiner. He held the same title at The Washington Times, where he covered the Monica Lewinsky scandal and the impeachment of President Clinton.

Before joining The Washington Times in 1997, Sammon spent two years as a war correspondent for The Stars and Stripes, reporting on the massacre at Srebrenica in Bosnia, as well as Saddam Hussein’s forces fighting the Kurds in northern Iraq.

Earlier, as a reporter for the The Plain Dealer in Cleveland, Sammon uncovered widespread corruption at the Cuyahoga County Board of Elections, prompting investigations into voter fraud that resulted in the ouster of top election officials from both political parties.

Sammon has written half a dozen books, four of which were New York Times bestsellers, including “Fighting Back: The War on Terrorism From Inside the Bush White House.”

Bill and his wife, Becky, have five children and live in Maryland.

A Conversation With Bill Sammon 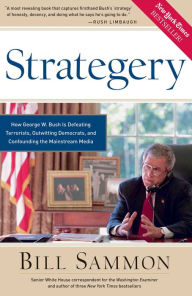 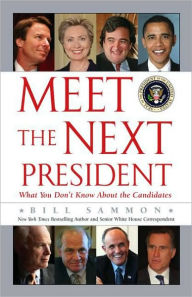 Meet the Next President: What You Don't Know about the Candidates

The students said that you were the best speaker we have had in a very long time. I didn’t argue with them. After you left a number of people noted that you were the only speaker in the Major Issues Lecture Series who ever received a standing ovation.

His knowledge was universal to both political parties, which was evident in his presentation. The audience was most impressed to hear the human side of our president, without an analysis of his performance.