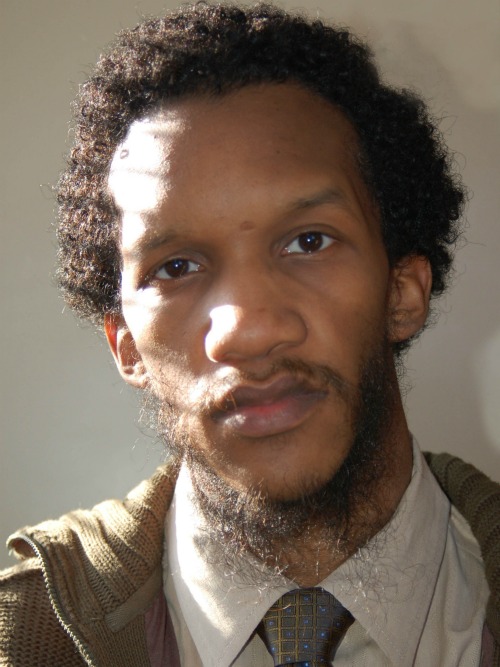 Ayinde Jean Baptiste is neither an entertainer nor the next ‘great black leader’. He is a Sanba, a Kreyol appellation which encompasses poet/ griot/ keeper of memory/ servant of truth

Ayinde Jean Baptiste is neither an entertainer nor the next ‘great black leader’. He is a Sanba, a Kreyol appellation which encompasses poet/ griot/ keeper of memory/ servant of truth. Born in Brooklyn, on Umoja, the youngest child of a hard, demanding love, he was raised in Chicago and Evanston, IL as a member of a large extended family of blood and political relations, and as a master of ceremonies. He has shared his truth in hundreds of settings, including churches, schools, community centers, group homes, youth prisons, universities, conventions, conferences, the halls of government and the street.

Across the media of radio, television, print, and magazine, Ayinde has engaged with journalists and personalities including Dr. Boyce Watkins, Scoop Jackson, Bryant Gumbel, Tom Joyner, Doug Banks, Cliff Kelley, and Les Brown, and featured on outlets from NBC to BET, from WLIB to WVON to BBC to Hard Knock Radio, from The New York Times to Working People’s News to The Trinidad Express, from Life to U.S. News & World Report to Ebony, among others.  He has received numerous awards and honors for his work in the community, been recognized as a contributor to African restorative psychology by Dr. John Egbeazien Oshodi, and profiled in the book Live Life!: Be Young, Black and Successful.

Most famously, his speech and presence at the 1995 Million Man March resonated across the globe, and helped inspire personal re-commitments, re-evaluation of the possibility of Black youth, and days of action, including National African American Parent Involvement Day, observed on the second Monday in February in African American communities across the U.S. since 1996. It was recorded and remarked upon in histories and dramatizations of the event, including Spike Lee’s feature film Get On The Bus, and the books Brotherman: The Odyssey of Black Men in America, Tell All the Children Our Story: Memories and Mementos of Being Young and Black in America, Strong Men Keep Coming: The Book of African American Men, and The Darkside: Chronicling the Young Black Experience. It has been taught in classrooms around the world, sampled by hip-hop artists, and choreographed for the stage.

But he doesn’t need a microphone to make change. He managed his father’s earliest campaign for city councilman in Evanston, IL. He has organized locally and nationally against the war in Iraq and Afghanistan, the occupation of Haiti, and in the fight for reparations for slavery, the trans-Atlantic slave trade, and colonialism.  In Chicago he worked with the Industrial Areas Foundation to launch PACT, their first broad-based organization by and for young adults. He was also involved in b.b.l.a.c., a Black men/Black boys initiative funded by the 21st Century Foundation, and served on the founding boards of the Haitian Congress to Fortify Haiti, a Chicago-area community organization, and ThickRoutes Performance Collage, a women’s collective which combined art, social activism, and education.