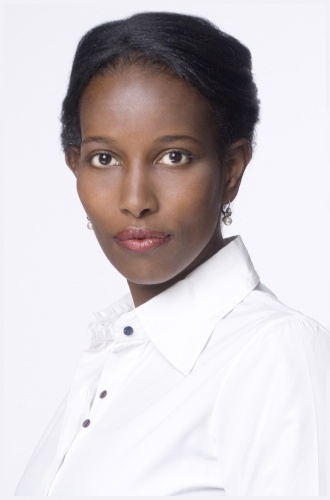 Ayaan Hirsi Ali was born in Mogadishu, Somalia in 1969. The daughter of a political opponent of the Somali dictatorship, Ayaan Hirsi Ali grew up in exile, moving from Saudi Arabia to Ethiopia then Kenya. As a young child, she was subjected to female genital mutilation. As she grew up, she embraced Islam and strove…

Ayaan Hirsi Ali was born in Mogadishu, Somalia in 1969. The daughter of a political opponent of the Somali dictatorship, Ayaan Hirsi Ali grew up in exile, moving from Saudi Arabia to Ethiopia then Kenya.

As a young child, she was subjected to female genital mutilation. As she grew up, she embraced Islam and strove to live as a devout Muslim. But she began to question aspects of her faith. One day, while listening to a sermon on the many ways women should be obedient to their husbands, she couldn’t resist asking, “Must our husbands obey us too?”

In 1992, Ayaan was married off by her father to a distant cousin who lived in Canada. In order to escape this marriage, she fled to the Netherlands where she was given asylum, and in time citizenship. In her early years in Holland she worked in factories and as a maid. She quickly learned Dutch, however, and was able to study at the University of Leiden. Working as a translator for Somali immigrants, she saw at first hand the inconsistencies between liberal, Western society and tribal, Muslim cultures.

After earning her M.A. in political science, Ayaan worked as a researcher for the Wiardi Beckman Foundation in Amsterdam. She then served as an elected member of the Dutch parliament from 2003 to 2006. While in parliament, she focused on furthering the integration of non-Western immigrants into Dutch society, and on defending the rights of Muslim women. She campaigned to raise awareness of violence against women, including honor killings and female genital mutilation, practices that had followed the immigrants into Holland. In her three years in government, she found her voice as an advocate for an “enlightened Islam”.

In 2004, Ayaan gained international attention following the murder of Theo van Gogh. Van Gogh had directed her short film Submission, a film about the oppression of women under Islam. The assassin, a radical Muslim, left a death threat for her pinned to Van Gogh’s chest.

In 2006, Ayaan had to resign from parliament when the then Dutch minister for Immigration decided to revoke Ayaan’s Dutch citizenship, arguing that Ayaan had misled the authorities at the time of her asylum application. However, the Dutch courts later confirmed that Ayaan was indeed a legitimate Dutch citizen, leading to the fall of the government. Disillusioned with the Netherlands, she subsequently moved to the United States.

She is now a Fellow with the Future of Diplomacy Project at the Belfer Center for Science and International Affairs, and a visiting Fellow at the American Enterprise Institute.  She has to live with round-the-clock security. Her willingness to speak out and her abandonment of the Muslim faith have made her a target for violence by Islamic extremists.

Ayaan Hirsi Ali was named one of TIME Magazine’s “100 Most Influential People” of 2005, one of the Glamour Heroes of 2005 and Reader’s Digest‘s European of the Year for 2005.  In 2007, she founded the AHA Foundation to protect and defend the rights of women in the US from harmful traditional practices. The Foundation focuses on violence against women and girls including honor violence, forced marriage, and female genital mutilation.

Ayaan has published a collection of essays, The Caged Virgin (2006), a memoir, Infidel (2007), the second volume of her memoir, Nomad (2010) and has written and delivered many speeches and articles.  Her next book, Heretic: The Case for a Muslim Reformation will be published in spring 2015.

A Conversation With Ayaan Hirsi Ali 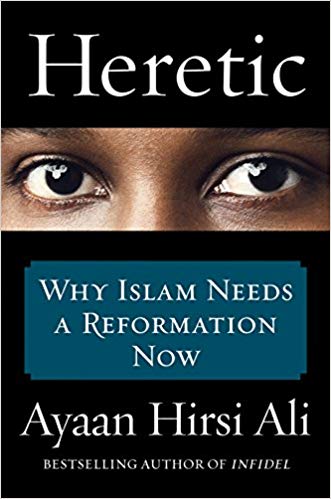 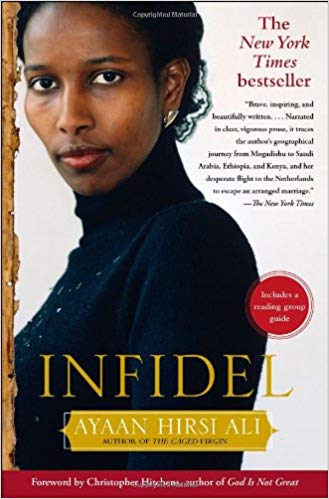 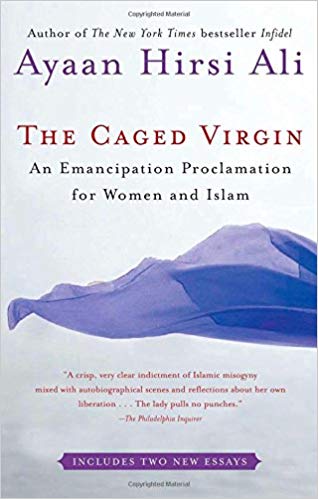 The Caged Virgin: An Emancipation Proclamation for Women and Islam 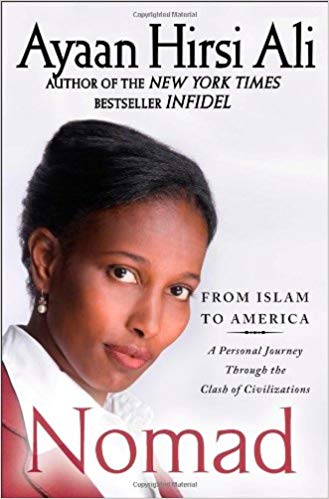 Nomad: From Islam to America: A Personal Journey Through the Clash of Civilizations