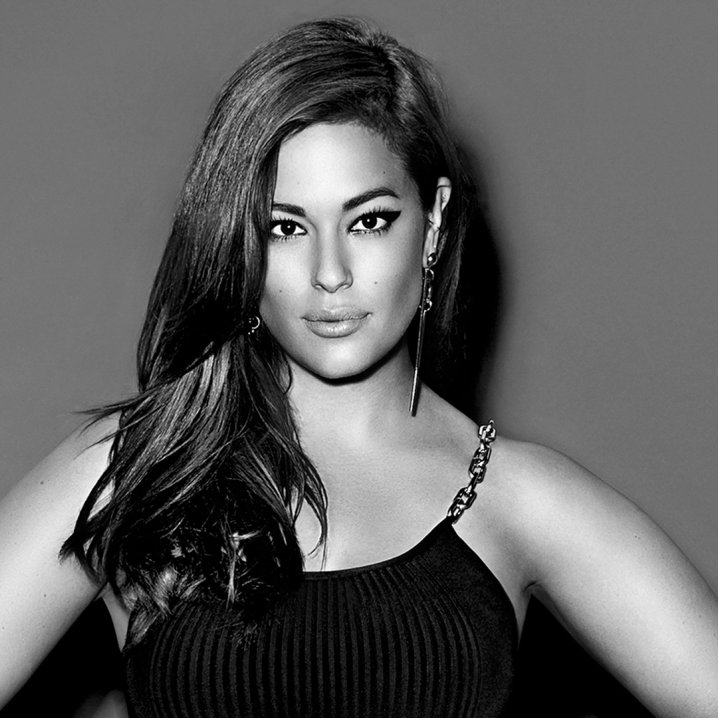 Ashley Graham was born in 1987 in Lincoln, Nebraska. She was discovered in a mall and started modelling at the age of 12. In her flourishing career, she has done everything from editorial, catalogue, runway, commercials, TV/movie and is well-known for her work as a lingerie model for the plus-size clothing retailer Lane Bryant, for…

Ashley Graham was born in 1987 in Lincoln, Nebraska. She was discovered in a mall and started modelling at the age of 12. In her flourishing career, she has done everything from editorial, catalogue, runway, commercials, TV/movie and is well-known for her work as a lingerie model for the plus-size clothing retailer Lane Bryant, for which she starred in a 2010 commercial that was banned from television and caused a lot of media attention. Ashley was also featured on two gigantic billboards of that same brand on Time Square and 34th street in New York City in December of 2012.

Ashley has been featured in fashion magazines such as Vogue, Glamour, O Magazine and Latina. In addition, she has appeared regularly in several Marina Rinaldi campaigns and in two iconic Levi’s campaigns: The Boyfriend Collection 2010 and the Curve ID SS 11.

Vogue’s 2008 Shape Issue dedicated a three-page article about her personal style, and she was also one of the 5 models selected in Glamour’s 2009 Shape Issue ‘These Bodies are Beautiful at Every Size.’

Madison Plus has devoted one whole issue to Ashley—its first issue ever dedicated to one model—and focusing on her career, charitable work and personal life.

In collaboration with Canadian brand Addition Elle, she has developed her own lingerie line, launching in November 2013 in Canada exclusively.

A leader for the body positive movement, Ashley has been featured on the covers of Vogue, British Vogue, Cosmopolitan, SELF, Maxim and many more. In January 2016, Ashley was named to Forbes Magazine’s coveted “30 Under 30” list and was featured on the cover of the magazine’s January issue alongside top celebrities and entrepreneurs. In November 2016, Glamour named her “Woman of the Year,” while Mattel simultaneously created a one-of-a-kind Barbie in her likeness. In December 2016, People Magazine named Ashley one of the “25 Most Intriguing People of the Year,” and she was recently named to TIME’s 2017 “Most Influence People in the World” list.

A business-savvy entrepreneur, Ashley collaborates with Canadian brand Addition Elle, Dressbarn and swimsuitsforall, for whom she designs lingerie, dress and swimwear collections.

Additionally, Ashley is a sought-after television personality and has hosted international programs and events such as Miss Universe 2017 and Miss USA 2016. She was recently a judge on VH1’s America’s Next Top Model where she provided her expert advice on how to become a boss, brand and a business woman.

As a role model and body activist, Ashley is regularly invited to speak at national conferences, high schools and girls’ groups about body image, self-acceptance and female empowerment. Her first TEDx talk “Plus Size? More Like My Size” was given at TEDxBerleeValencia in April 2015.

Ashley’s first book, A NEW MODEL: What Confidence, Beauty & Power Really Look Like, is now out with Dey Street Books.

A New Model: What Confidence, Beauty, and Power Really Look Like
Ashley describes the challenging and rewarding progression toward becoming her own role model. Inspiring body confidence in the next generation, Ashley expresses the need for the universal embrace of body diversity as beauty paradigms continue to shift

A Conversation With Ashley Graham 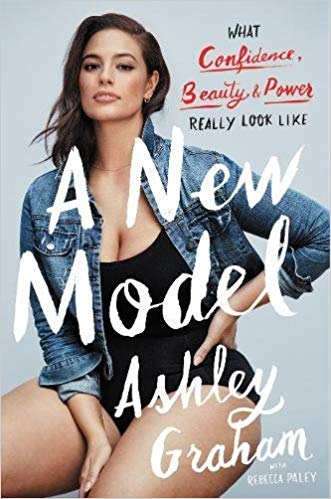 A New Model: What Confidence, Beauty, and Power Really Look Like