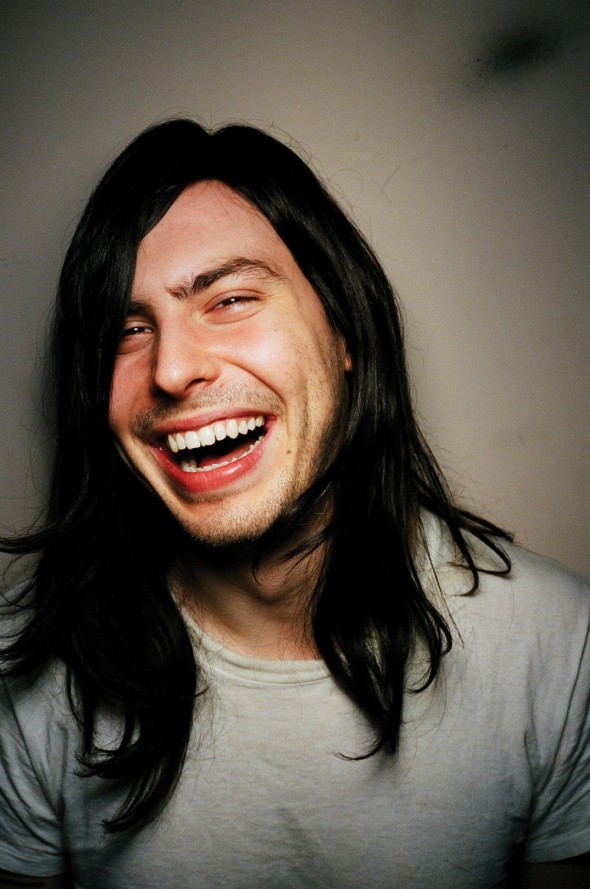 Andrew W.K. was born May 9, 1979 in Stanford, California, and grew up in Ann Arbor, Michigan. At age 4, he began learning classical piano at The University of Michigan School of Music. He attended the private college preparatory Greenhills School for middle school before attending the alternative Community High School from 1993–1997, where he…

Andrew W.K. was born May 9, 1979 in Stanford, California, and grew up in Ann Arbor, Michigan. At age 4, he began learning classical piano at The University of Michigan School of Music. He attended the private college preparatory Greenhills School for middle school before attending the alternative Community High School from 1993–1997, where he studied jazz keyboard.

In 1993, when he was 14, Andrew joined the band Slam, later to be called Reverse Polarity. His first public recording, “Mr. Surprise”, came out on the Plant The Flower Seeds compilation released by the Westside Audio Laboratories label (now known as Ypsilanti Records) out of Ypsilanti, Michigan.

Over the next 5 years he was in many different bands in Michigan such as Lab Lobotomy, The Pterodactyls (2), Music Band, Mr. Velocity Hopkins, Kathode, The Portly Boys, Kangoo, The Beast People, Stormy Rodent, a later iteration of Scheme, the Malt Lickers, Isis & Werewolves, and Sucking Coeds. In 1994 he also started a group called Ancient Art Of Boar, later making it a solo project titled AAB, which ended in 1998, when Andrew moved from Ypsilanti to New York City. Later in 1998, his first official solo release as Andrew Wilkes-Krier, titled Room To Breathe, was released on the Brighton (later Ann Arbor) noise/experimental label Hanson Records.

At the end of 2007 Andrew accepted an invitation to produce a new album, Repentance, for veteran reggae artist Lee Perry. The two had met when Andrew interviewed Perry for DirecTV.

In April 2008 Andrew performed live at Roadburn with David Tibet’s Current 93, playing bass. This show was documented on the Birth Canal Blues Live release. He also contributed vocals to the 2009 album Aleph At Hallucinatory Mountain.

In Spring of 2008, Andrew and three partners opened a multi-level nightclub and live concert hall in downtown Manhattan, New York City. The venue is named Santos Party House, and features 8,000 square feet of dance floor and concert facilities, and over 150 loud-speakers.

In February 2009, Andrew found a loophole in his contractual constraints and formed the record label Skyscraper Music Maker, based in London, England and Manhattan, New York City. The second release on the label was Andrew’s album of “spontaneous solo piano improvisations”, entitled 55 Cadillac.

In the Summer of 2009, the Cartoon Network announced that Andrew would be hosting and creating music for a new live-action TV program called Destroy Build Destroy. The show features Andrew working with two teams of teenagers, competing to “blow stuff up and use the wreckage to build amazing machines”. The show premiered on June 20, 2009.

An Evening With Andrew W.K.

A Role Model for Fun 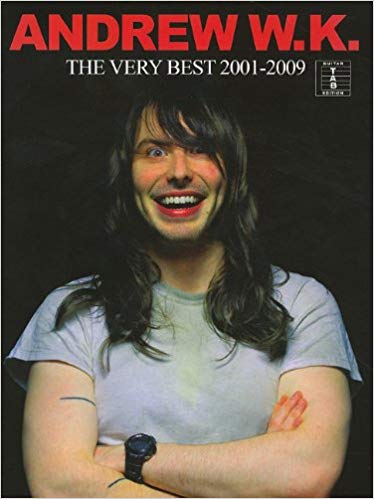