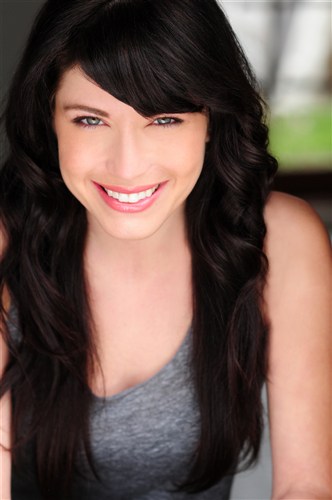 Amaya Brecher was born in San Francisco, California and grew up in Oakland. After graduating from the UCLA School of Theater, she began her relationship with MTV Networks and Bunim-Murray Productions, appearing on “The Real World: Hawaii” and two “Real World/Road Rules Challenges” This visibility has afforded Amaya the ability to reach out to her…

Amaya Brecher was born in San Francisco, California and grew up in Oakland. After graduating from the UCLA School of Theater, she began her relationship with MTV Networks and Bunim-Murray Productions, appearing on “The Real World: Hawaii” and two “Real World/Road Rules Challenges”

This visibility has afforded Amaya the ability to reach out to her peers to talk about the pressures of society on body-image.

Currently, she lectures at colleges and universities across the United States, speaking about eating disorders and self-esteem. Amaya has appeared in such publications as “Teen People,” “Entertainment Weekly,” and “TV Guide.”

She has also been a guest on various television and radio programs including The Late Late Show with Craig Kilborn (1999), Loveline (1996), and ESPN Radio. Her television career began as a teen investigative reporter for KRON-TV Channel 4 in San Francisco.

She presently lives and works in Los Angeles, California.

A Conversation With Amaya Brecher