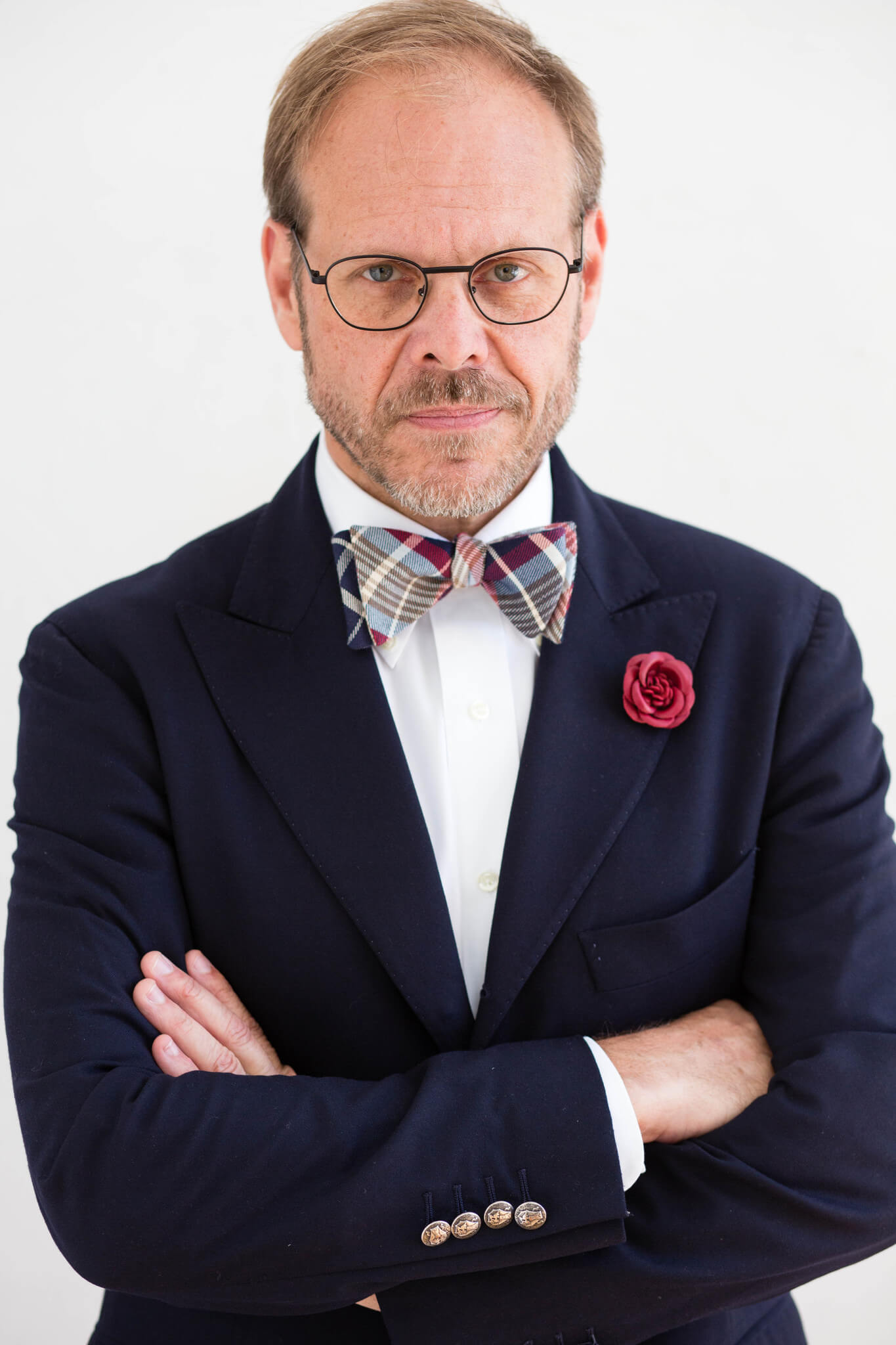 Alton Brown’s flair in the kitchen developed early with guidance from his mother and grandmother, a budding culinary talent he skillfully used later “as a way to get dates” in college. Switching gears as an adult, Alton spent a decade working as a cinematographer and video director, but he realized he spent all his time…

Alton Brown’s flair in the kitchen developed early with guidance from his mother and grandmother, a budding culinary talent he skillfully used later “as a way to get dates” in college. Switching gears as an adult, Alton spent a decade working as a cinematographer and video director, but he realized he spent all his time between shoots watching cooking shows, which he found to be dull and uninformative.

Convinced he could do better, Alton left the film business and moved to Vermont to train at the New England Culinary Institute in Montpelier, Vt. Soon after, Alton tapped all of his training to create Good Eats, a smart and entertaining food show that blends wit with wisdom, history with pop culture and science with common cooking sense. Alton not only writes and produces the shows but also stars in each offbeat episode on Food Network.

Good Eats won a Peabody Award, a distinguished prize presented for excellence in broadcast news, education and entertainment and in 2003, Alton won the James Beard Foundation Award for “Best Reference Book” with “I’m Just Here For the Food.”

Alton appears regularly as the resident food historian, scientist and commentator on the Food Network series Iron Chef America and is the host/judge on the reality series The Next Iron Chef. Based on the Japanese cult classic (originally produced by Fuji Television), Iron Chef America pits some of America’s favorite chefs against the inspired food wizardry of American Iron Chefs Bobby Flay, Mario Batali, Masaharu Morimoto, Cat Cora and The Next Iron Chef winners, Michael Symon and Jose Garces.

His bestselling books include: I’m Just Here for the Food, which won the James Beard Foundation Award for Best Cookbook in the Reference category, Alton Brown’s Gear for Your Kitchen, an homage to tools and gadgetry nominated for a James Beard Award for Best Cookbook in the Tools & Techniques category, I’m Just Here for More Food (about baking) and Feasting on Asphalt, which documents his motorcycle ride from New Orleans to the headwaters of the Mississippi River in Minnesota and complemented the TV mini-series of the same name.

His books Good Eats: The Early Years was a New York Times bestseller, and the sequel, Good Eats 2: The Middle Years, was released October 2010.

In 2008, Food Network premiered Alton’s Feasting on Waves, following the format of his original series Feasting on Asphalt. The crew traded their motorcycles for catamarans to travel the Caribbean — sampling the islands’ food culture and meeting the people who create it.

Brown has even conquered the virtual food world, by providing commentary and providing background information on ingredients and tasks for the Nintendo Wii and DS games Iron Chef America: Supreme Cuisine.

A Conversation With Alton Brown
Mr. Brown typically designs a custom presentation for each event at which he appears, depending entirely upon the nature of the audience. He relies upon a mixture of humorous Power Point-style, projected media, question & answer, storytelling, and unique physical demonstrations to make each show a real event. He has also become well known for an ever evolving performance piece/lecture he calls “The 10 Things I’m Pretty Sure I’m Sure About Food”, a :60 to :90 minute odyssey which never takes the same road twice.

Alton Brown on "Larry King Now" - Full Episode in the U.S. on Ora.TV