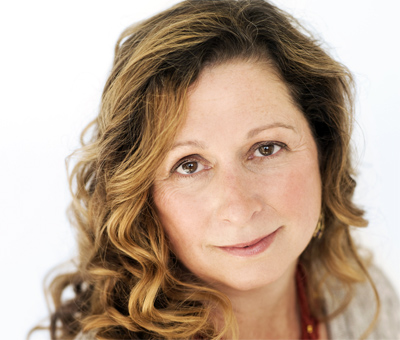 (President & Producer, Fork Films) is a Filmmaker and Philanthropist

Abigail E. Disney (President & Producer, Fork Films) is a filmmaker and philanthropist. Her longtime passion for women’s issues and peacebuilding culminated in her first film, the acclaimed Pray the Devil Back to Hell, about the Liberian women who peacefully ended their country’s fourteen-year civil war. She is currently Executive Producer of the groundbreaking PBS…

Abigail E. Disney (President & Producer, Fork Films) is a filmmaker and philanthropist. Her longtime passion for women’s issues and peacebuilding culminated in her first film, the acclaimed Pray the Devil Back to Hell, about the Liberian women who peacefully ended their country’s fourteen-year civil war. She is currently Executive Producer of the groundbreaking PBS mini-series Women, War & Peace, the most comprehensive global media initiative ever mounted on the role of women in peace and conflict.

Along with her husband, Pierre Hauser, Abigail co-founded the Daphne Foundation, which works with low-income communities in the five boroughs of New York City. Her work in philanthropy, women’s engagement and leadership, and conflict resolution has been recognized through the Epic Award from the White House Project, the Changing the Landscape for Women Award from the Center for the Advancement of Women, and the prestigious International Advocate for Peace (IAP) Award from the Cardozo Law School’s Cardozo Journal of Conflict Resolution. In addition, Abigail holds degrees from Yale, Stanford, and Columbia. She lives in New York City with her husband and four children.